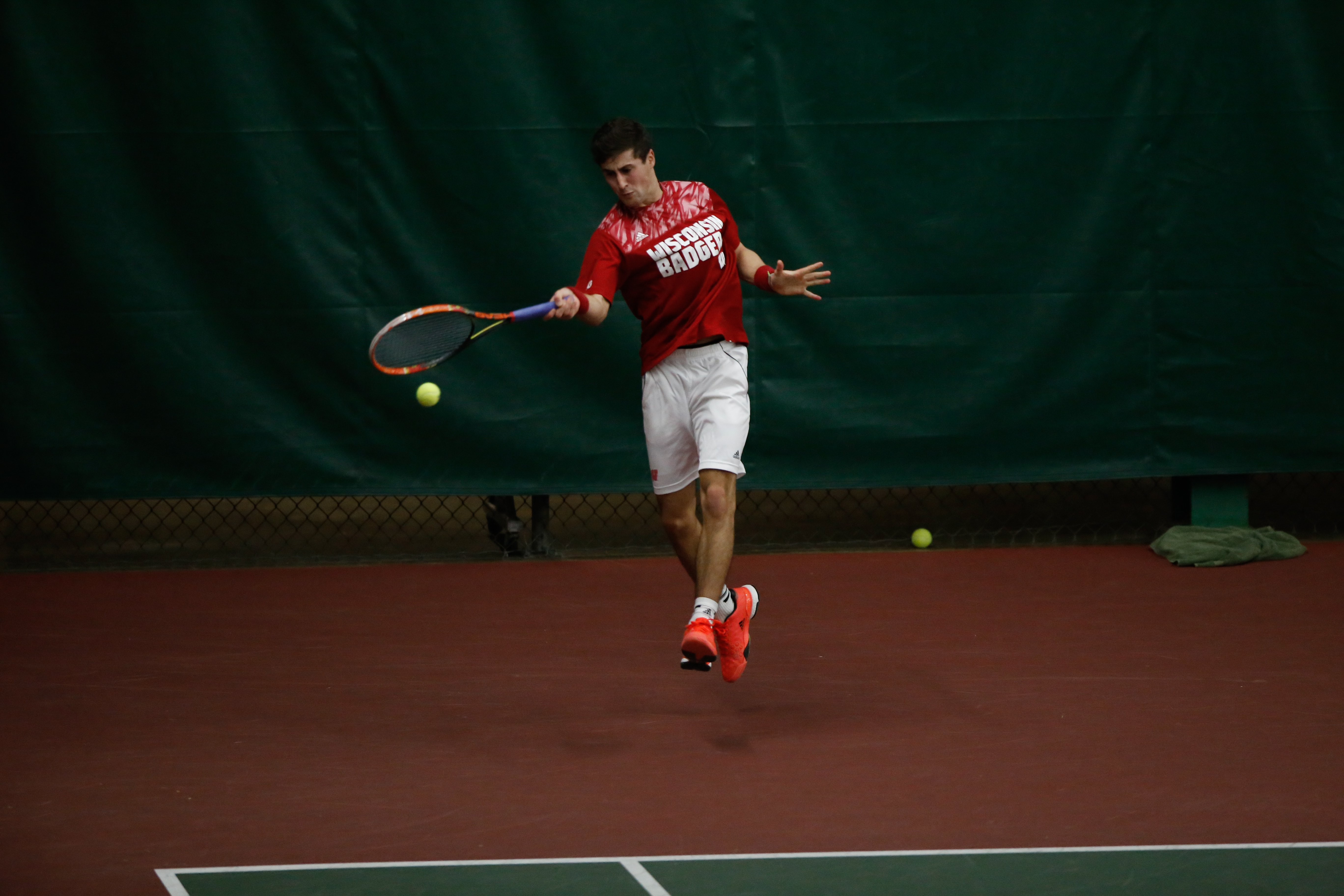 The match started rowdy, full of energy and exciting, but as quickly as those emotions filled members of the Wisconsin men’s tennis team Friday against No. 8 TCU Friday Feb. 26, they faded with accord.

Wisconsin (6-1) suffered the first blemish to its six-win start to spring play, a 5-2 defeat to No. 8 TCU (7-2) at the Nielsen Tennis Center. Though the loss could easily damage the psyche of a lesser team, the Badgers’ mental fortitude showed it can withstand the punishment.

With the Badgers down 5-1 and only one singles match still being played, Wisconsin players gathered courtside to cheer on their teammate, Chema Carranza, as he fought desperately to salvage points for his team.

Carranza faced Trevor Johnson in the sixth singles matchup and clawed his way back from a 4-6 first set loss to take the second by a margin of 6-3, leaving only the third set to decide a winner.

Carranza again dug deep during the third set and forced a tie breaker by winning the final game to knot it at 6-6. Then, with both teams looking on and all of the crowd’s attention on their court, Carranza rallied to win the 10-point tiebreaker by a score of 10-8.

“Everyone needed to take a page out of Chema’s book today,” UW head coach Danny Westerman said. “He walked on the court and played his game. He didn’t even play all that spectacular; I just think he didn’t over respect the guy and wasn’t intimidated.”

Carranza’s aggressive play and net presence were uncharacteristic of the team as a whole during singles play on the night.

Josef Dodridge, who played in the first singles match against TCU’s No. 24 Alex Rybakov, was often on the defensive in his match. Rybakov pushed Dodridge behind the baseline with well-placed shots and stayed on the offensive for much of the match’s duration.

Rybakov’s left-handed shot forced Dodridge to play short hops on his backhand, but the sophomore, who possesses a consistent and smooth backhand, was able to hold his own for much of the night.

Despite losing 6-1, 6-2, Dodridge showcased some of his best tennis of the season. Rybakov was the first ranked singles player he’s faced this spring and despite a lack of experience, Dodridge hit seven forehand winners and forced Rybakov to hit numerous errors.

Despite the pressure of playing against one of the top youth players in the world, Kokorev held his ground, losing 6-1, 7-5. Much like Dodridge, Kokorev found himself on the defensive throughout the match.

“It’s the first time all year we’ve lost, and I think we saw some things that are very obvious that we can work on,” Westerman said. “Against the other teams we’ve played all year, our best shots were good enough. Against a team like this, you’ve got to hit three or four good shots to win a play and we weren’t quite ready to do that. And that’s why TCU is as good as they are — they’re able to withstand our good shots and play their best tennis.”

While the outcome wasn’t what they had hoped for, Wisconsin will use the experience of playing against four ranked singles players in collegiate tennis (No. 2 Norrie, No. 24 Rybakov, No. 49 Guillermo Nunez and No. 99 Eduardo Nava) to learn from their mistakes and come out strong against Marquette on Saturday afternoon.