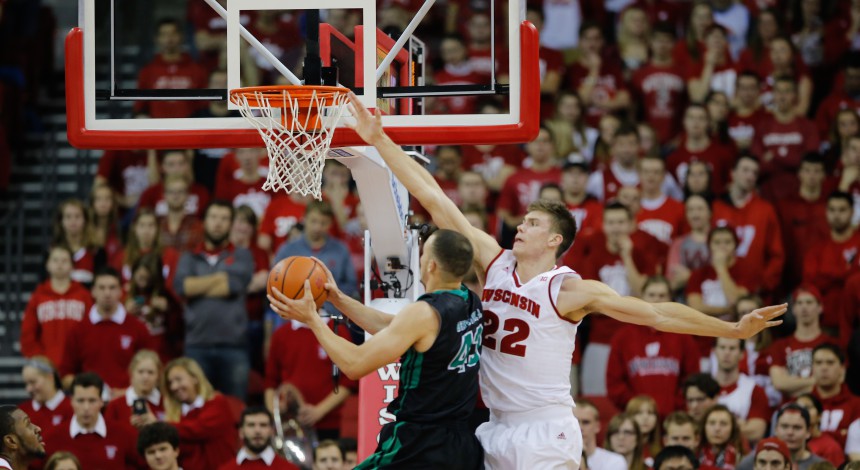 It was smooth sailing for the Wisconsin men’s basketball team Tuesday night at the Kohl Center, where UW defeated North Dakota 78-64.

Wisconsin (2-1) never trailed and held a lead for all but 52 seconds throughout the game. At one point, that lead reached a 26-point margin.

Here’s a breakdown of the Badgers’ second-straight win:

No offense to North Dakota, but this thing was done from the first couple of minutes. Wisconsin jumped out to a 7-0 lead and not even ice cold shooting during the first half could get North Dakota back into the game.

Happ’s first two outings for the Badgers saw him getting limited playing time because of foul trouble and not much offensive contribution. That changed Tuesday night when Happ stayed in the game by limiting his fouls (only one in the first half). By halftime, the redshirt freshman had 11 points and six rebounds. He finished with 17 points and seven rebounds, with seven boards coming on the offensive glass.

Crandall managed only three points in the first half, but turned up the heat from downtown in the second half. In the final 20 minutes, Crandall was 5-for-5 from three-point range and finished the game 6-for-6, making just as many threes as the entire Wisconsin team.

Crandall finished with a game-high 19 points and added five rebounds in just 22 minutes of action.

With 10:29 remaining in the first half, freshman Charlie Thomas got his hands on a loose ball. Happ came up with it from the floor and started cruising up the court, not dribbling out of control. When he approached the three-point line, Happ weaved the ball around his torso, faking out the North Dakota defender with a behind-the-back move that brought “oooohs” and “aaahhhss” from the Kohl Center crowd.

Now with a clear path to the basket, Happ rose high above the rim and threw down a tomahawk jam to put the Badgers up 21-11. 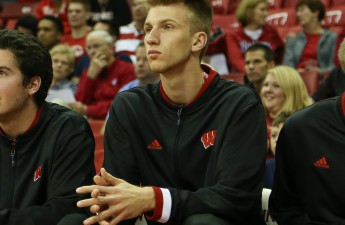 Ethan Happ on scoring off putbacks:

“I don’t see myself as a garbage bucket man. I see those types of guys in high school, but I’m going to do whatever I can to help the team win. I don’t care if I score two points or if I score 17 points. It really doesn’t matter to me what I contribute as long as our team wins.”

“How could you not like that? They’d have to lock me up if I said I didn’t like that.”