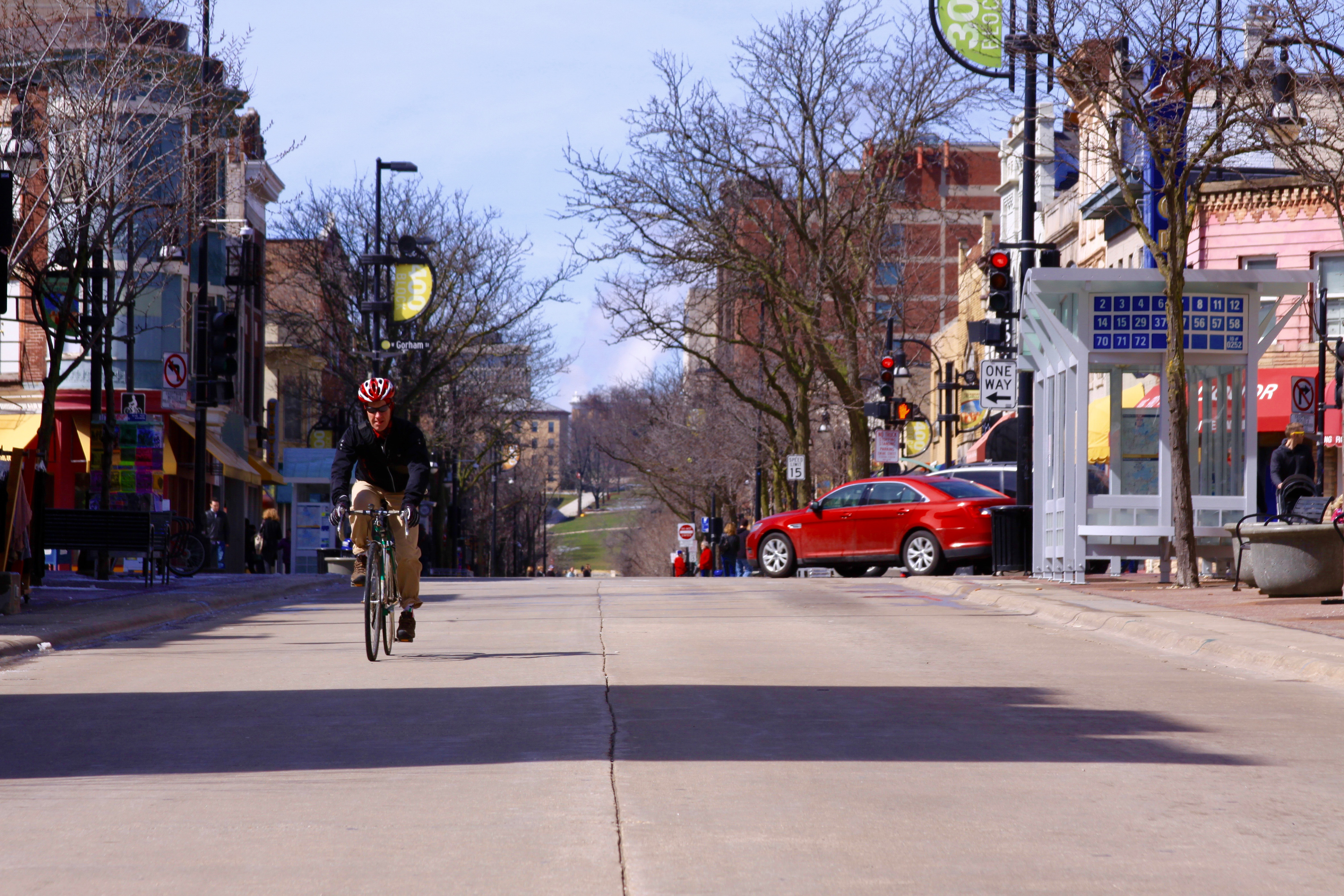 State Street has been a centerpiece in the Madison community for decades. Its location between the University of Wisconsin campus and the downtown Capitol district makes the street a great host for small businesses, seasonal events and activism. Changing State Street into a pedestrian mall would ensure these benefits continue well into the 21st century.

A recent report by Downtown Madison, Inc. considers the possibility of State Street as a pedestrian mall and covers the street’s history in adapting to community demands. The report calls State Street “the heart of the city,” and says “policies that promote inclusion, placemaking, and wayfinding can continue to differentiate State Street.”

Madison took the first step toward making State Street more open to the public with their summer “Streatery” program, which allowed businesses to expand seating onto certain sidewalk and street areas and closed State Street to vehicles on the weekends.

This program kept businesses alive during the summer months, but also highlighted how State Street could become a community space when less focused on transportation.

A Wisconsin State Journal editorial that received a strong public response calls for State Street to be turned into a promenade that extends from the 600 blocks to the Capitol.

The article says the street needs a new wave of excitement and cites the closed-off 700 and 800 blocks of State Street near Library Mall as a successful example of a pedestrian area with food trucks and foot traffic.

Downtown Madison Ald. Mike Verveer said in a follow-up WSJ article that the pedestrian mall idea could be tested on the 400 through 600 blocks during the weekends as early as this summer. Verveer said the project would be difficult.

“We have to be very creative and think outside the box and try to figure out ways to get to ‘yes’ and make this work,” Verveer said in the article.

Changing State Street into a pedestrian mall would bring economic prosperity to Madison and create a community space that showcases the city’s ever-changing culture.

A pedestrian mall like the one Charlottesville, Virginia first built in 1976 has a low vacancy rate of 1.04% and an average of 380 to 1,250 visitors per hour, showing that these malls stimulate economic activity for small businesses.

Pearl Street in Boulder, Colorado has also played a major role in the city’s recent economic gains. A Boulder Daily Camera article states that 94% of local residents say they take guests to visit this pedestrian mall and the city’s yearly retail sales are $2.96 billion despite local household spending potential being $1.94 billion, showing Boulder generates about $1.02 billion in revenue from tourists per year.

If implemented correctly, a State Street pedestrian mall could generate a similar spike in local spending from visitors eager to hang out there. Businesses that represent Madison’s history could stay afloat with this new revenue and new ones could move in, returning to the vibrant city atmosphere that COVID-19 threatened as people avoided crowded areas.

This city personality could be permanently expressed in murals on the former roadway or on infrastructure like benches or tables built on the mall.

The mall would have to be constructed to prevent a logistical nightmare. A research project titled “Making Pedestrian Malls Work” mentions how accessibility often defines how well a pedestrian mall creates a friendly space for visitors.

The project shows how cities in Germany and Denmark have public transportation routes that cross pedestrian malls and bike parking at their entrances to allow easy, environmentally-friendly access.

Madison already has bus routes crossing State Street that could be used to provide access to the mall. Features like bike parking or ride-sharing drop off hubs could also be added to prevent State Street from becoming a transportation bottleneck. 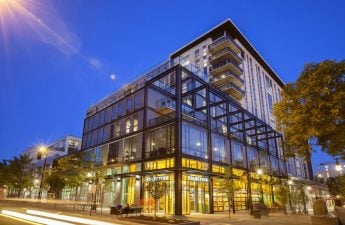 The city is also working to implement a Bus Rapid Transit system that would add designated bus lanes for high-speed transport across the Madison isthmus. While one route is set to go through State Street, it could be rerouted and would provide a fast way for residents to access the pedestrian mall.

State Street is critical to preserving Madison’s historic relationship with small businesses. By turning it into a pedestrian mall, State Street could become a prosperous and exciting community hub that ensures small businesses — and local culture — have a unique home as Madison moves toward big-city status.