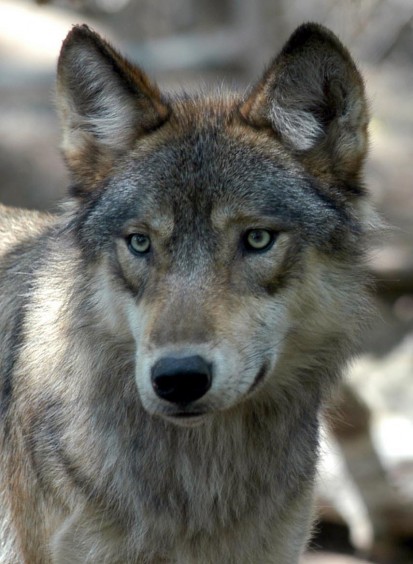 Gray wolves have caused a hunting controversy in the state because of their frequent interference with family farms and farmers' livestock. Wisconsin residents, particularly in rural areas, have advocated for the state to permit wolf hunting in limited quantities.

Feb. 24 marked the end of Wisconsin’s shortest wolf hunt ever, which lasted a total of three days. After scrambling to put a one-week hunting season together this month, the Wisconsin Department of Natural Resources prematurely ended the season after hunters reported harvesting two-thirds of the season’s wolf quota within the first 24 hours.

By the end of Wednesday night, a reported 178 kills far exceeded Wisconsin’s quota of 119. At this rate, Wisconsin is on track to lose wolf hunting altogether if President Joe Biden’s administration determines that wolves are being hunted unsustainably. But, it seems likely that overhunting wolves will only continue in Wisconsin in future years.

The extermination of wolves in Wisconsin has been a recurring problem for decades. Settlers of Wisconsin dwindled down the once expansive wolf population until it was completely extinguished in the state by 1960. The Endangered Species Act of 1974 protected wolves and allowed for conservations to build a sustainable wolf population in Wisconsin once again.

The wolf population grew slowly until it reached over 1,000 in Wisconsin in early 2020, large enough that many feel that it is time to control the population once again with an annual hunting season. 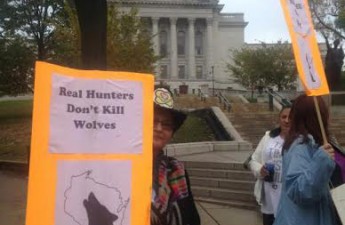 Conservation measures, hunting regulations required to protect dwindling Wisconsin grey wolf populationPrior to European settlement in the U.S., it is estimated that there were between 3,000 to 5,000 grey wolves roaming Wisconsin. Read…

Their fears are not falsely based. Wolves regularly kill livestock and household pets in Wisconsin. Many people consider them a nuisance or too dangerous to have too many of them near their neighborhood.

Therefore, for years, wolves have been illegally poached as many locals try to control the population on their own. The Wisconsin DNR has carefully tracked the wolf population for decades with radio collars and reported sightings.

Between illegal killings and over-hunting the quotas, these actions will likely provoke the Biden administration to eventually readmit wolves to the endangered species list. “Protect[ing] the environment” is one of Biden’s main policy goals and he has already expressed his attention to the wolf issue.

The Biden administration is reviewing many former President Donald Trump-era environmental decisions, of which the removal of wolves from the list of endangered species is one of the most recently debated.

Because of rising population levels nationally, the U.S. Fish and Wildlife Service under the Trump administration removed wolves from the endangered species list Jan. 4.

Since wolves are no longer considered endangered, Wisconsin state law requires a hunting season to commence between November and February. But, due to concerns that a hunting season would cause a sharp decline in the already fragile wolf population, the DNR voted to not start a hunt this winter. A Jefferson County court ruling reversed this order and mandated that a hunting season began before the end of February.

The DNR proposed a quota of 200 wolves for this season, which is 20% of the current wolf population in Wisconsin. Native American tribes claimed 81 wolves, citing their treaty rights to claim 50% of the harvest on ceded land, which left 119 wolves for the public hunt.

The tribes will not likely hunt their 81 claimed wolves. Wolves are important in Native American culture and the Red Cliff Band of Lake Superior expressed their opposition to the hunting season.

While the annual hunting seasons are essential for controlling the wolf population’s growth in Wisconsin, they must be scaled back to prevent a freefall in the wolf population in the next several years. Studies show that exterminating over 15% of the total population can threaten overall population growth. Wisconsin’s hunt currently harvests about 20%.

“Not in my backyard” mindset is hurting Madison homeless population, more resources need to be dedicated to help themWith the proposal of a new home for a permanent men’s shelter, the “Not in my Backyard” phenomenon is being Read…

Take into account that wolves will be illegally killed and the quota will likely be exceeded every year. The Wisconsin DNR should mandate smaller quotas for the hunting season each year to prevent wolves from being overhunted. A smaller quota will allow the population to adjust better to the annual exterminations and prevent it from dramatically declining altogether.

If the wolf population does continue to dramatically decrease, the environmentally-friendly Biden administration will likely ban the hunting season altogether. A federal ban will likely not reflect the best interests of the state of Wisconsin.