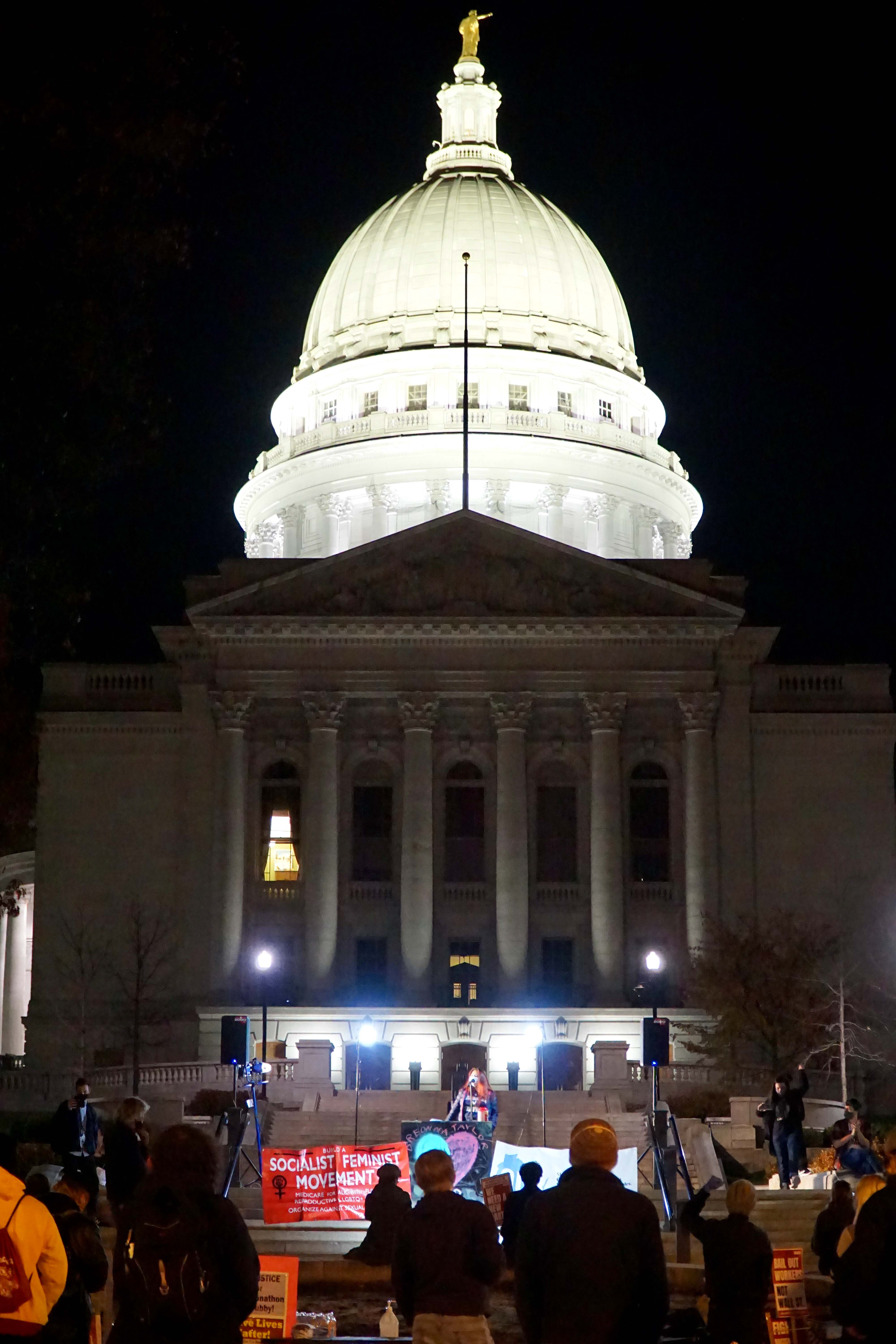 Wisconsin state law allows the governor to issue emergency orders for 60 days. As the pandemic continues to affect the world, Gov. Tony Evers has been issuing new orders every 60 days to extend the mask mandate, in an effort to slow the spread of COVID-19 and keep Wisconsin safe.

Jan. 26, the Wisconsin Senate voted to end the mask requirement set by Gov. Evers’ emergency health order, after being proposed just a week before and rushed forward without a hearing.

On Jan. 28, the vote was then rushed to the Assembly to take place two days later. Hours before the vote took place, however, the Assembly learned if they voted to reverse the mask mandate, the state would lose over $49 million a month in federal food assistance.

This vote was so rushed by the Senate and Assembly due to Republicans in both houses arguing Gov. Evers has abused his power by continually placing 60-day emergency health orders for the mask mandate.

This could be a reason why this major decrease in funds was overlooked by Republicans in office, not focusing on how what they are doing could affect the people they are meant to represent, but focusing on trying to supervise Gov. Evers’ power.

Executive Director of the Hunger Task Force Sherrie Tussler explained her frustration with the Republican oversight during the voting process.

“It seems like if you’re actually representing your electorate, the people that are actually impacted by your decision-making should be considered,” Tussler said.

Nearly 243,000 households rely on federal funding, especially during a global pandemic, to be able to feed their families. With so many people out of work for the last year, food assistance programs are the only way many people have been able to get food on the table. Many low-income senior citizens, who are currently receiving $204 a month for food, would see their monthly benefits drop to just $16 — an amount no one could live on.

“This shouldn’t be so complicated. Just keep the governor’s mask mandate in place for now,” The Wisconsin State Journal Editorial Board said in a statement Feb. 3, echoing the frustration of many Wisconsin residents. “It’s simple, and it works.”

There has been no indication COVID-19 cases in Wisconsin have been decreasing, but there have been many studies proving masks do help. During a global pandemic, everyone needs to do their part to make sure not just themselves, but everyone around them remains safe.

By reversing Gov. Evers’ mask mandate, the Republicans are proving they don’t give much thought to the people they presumably represent. The Republicans only seem to give thought to those in their state when it can be deemed beneficial for them to do so.

“Taxpayers forked out over $130,000 in 2020 to feed the Republican legislators supporting a measure that could cost Wisconsin families and seniors the help they need to put food on their tables in the middle of a health crisis,” Deputy Director Mike Brown of A Better Wisconsin Together said in a statement.

In a time filled with so much uncertainty for everyone, taking away the food security of so many families in Wisconsin who have been struggling enough over the past year seems like the last thing anyone should want to do.

To manage the pandemic, Wisconsin must outlaw indoor gatheringsAs the 2020 election rages on with no real end in sight, Wisconsin is breaking many records, including early voter Read…

Focusing on something as trivial as whether or not Gov. Evers’ mask mandate should or should not be legally allowed endangers the lives of the people who are depending on those in the government for help.

Democratic Representative Evan Goyke of Milwaukee voiced his opinion on what the Republicans in office should really be thinking about.

“If you’re asking me should a lawmaker know whether their resolution takes $49 million of benefits away from a quarter-million Wisconsinites? Yes, they should know that. And if they don’t, they shouldn’t be in public office.”