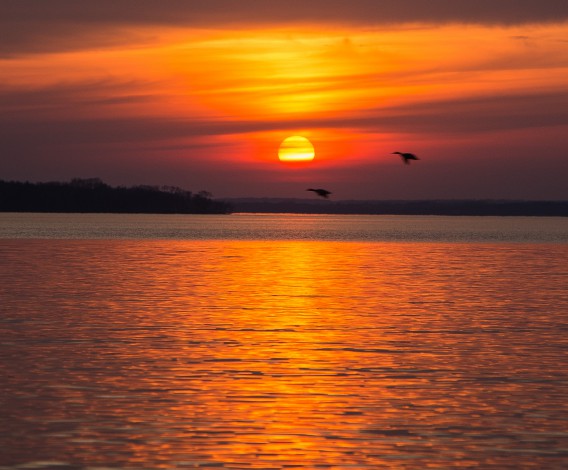 Lake Mendota is an iconic and integral part of campus — the University of Wisconsin could be any other Big 10 school without it, and so many people have a special place in their hearts for the memories made there. In the summer and fall people jump in with friends, run along the Lakeshore path or go down to Memorial Union just for the wonderful view. Now that it’s starting to freeze over people are looking forwards to skating, hockey and the Winter Carnival.

But, what if all that stops? What if one winter the Lake doesn’t freeze over?

This is now a real concern for UW and the city of Madison.

The ability to enjoy nature is a big part of every culture, and climate change, as well as pollution, endangers that.

2018 saw Lake Mendota closed for 71 days because of blue-green algae blooms. For over a century, scientists have carefully tracked Lake Mendota’s annual freeze and thaw, and it has been found that Mendota thaws a month earlier than it did 166 years ago.

Conservation efforts are already being made, but further steps must be taken to give Wisconsin its best chance to protect its lakes. This could include instating a state-wide carbon tax and finding solutions to agricultural runoff.

State and local government are doing their part by committing to an overhaul of infrastructure. Governor Tony Evers has committed to switching over to 100% carbon-free, renewable energy by 2050 with Executive Order 38. This is a promise of a lasting and permanent change that will reduce our carbon footprint tremendously by 2050.

The most efficient way to speed up this process while cutting government costs would be a carbon tax. If a carbon tax were to be instated, businesses and households would begin the process themselves, as it would become cheaper for them to make the switch than to pay the tax. A successful implementation of the tax may encourage other states and countries to do the same. This is the best Madison can hope for when it comes to stopping the lake from thawing early and reversing the trend.

When it comes to the algae problem Dane County and the City of Madison, officials are scrambling to find solutions. Phosphorous used in fertilizer tends to run off into nearby waterways streaming into Mendota. Then algae feed off this phosphorous and the population explodes, resulting in an algae bloom. In addition to being harmful to humans, blooms create “dead zones” where the algae on the surface of the water use up all the oxygen before it gets to the bottom of the water, killing lake wildlife.

Attempts to use less phosphorous and keep soil where farmers put it are wide ranging. There has been a pilot project testing manure composting, creation of buffer strips and use of cover crops. However, these methods are not being widely adopted.

Wisconsin has to work closely with farmers to mitigate the runoff, as 80% of phosphorous in the lake comes from them. More grants should be created to encourage farmers to pursue more sustainable practices without worrying about money. Where could this money come from? A carbon tax.

Gov. Evers takes first step to create carbon-neutral WisconsinFor the second year in a row, University of Wisconsin students were welcomed back to campus with flash flooding. Granted, Read…

Legislation is not Wisconsin’s only hope to protect the lakes. Students should take advantage of the UW Office of Sustainability, which is committed to educating people on the subject. In addition to that, UW has resources such as the Recyclopedia, the Food Shed and commuter solutions — all designed to help individuals cut down on their waste and to reconsider their impact on the environment.

What now? The government must be held accountable to its 2050 promise to make the switch to 100% carbon-free, renewable energy, and a wealth of sustainability grants and a carbon tax have to be legislated.

Perhaps this will slow economic growth, but it would be in the spirit of conservation. Using up every resource and polluting the air, and every river and lake along the way will ensure that there is no economy at all.

America would do well to remember those words.