There is a famous columnist by the name of Sydney Harris who wrote in more than 200 daily newspapers and was revered as extremely personal, honest, and one of the best columnists of his time.

He had a recurring column by the title, “Things I Learned En Route to Looking Up Other Things,” which, as the name suggests, led him to fascinating alternate epiphanies that he didn’t intend on finding when he began.

I had an experience such as this on the 21st of January this year.

I was walking around Capitol Square handing job applications to the surrounding restaurants, so as to start gathering rent money for the next half-year, and ended up walking into the Wisconsin State Capitol we all know so well.

Thankful for its open-door policy to the public, I waltzed right in and started scoping out the coolest things I could find — and stumbled upon the State Assembly in session. Out of curiosity, I found the public gallery and sat down.

About ten minutes flew by and as I sat blankly watching our state representatives hash out their earnest opinions on issues of importance to random constituents, the Speaker opened up a new resolution for debate, Assembly Joint Resolution 118, relating to declaring January 22nd as “Protect Life Day” in Wisconsin.

It was the day before the 47th anniversary of Roe v. Wade.

My eyes were wide in fascination as representative after representative many said their piece. Almost every person who stood up had clear emotion behind the words they were saying, sans a straggling few who got up to say something purely political.

Some stood up and articulated their exasperation that anyone could even think about being pro-life or pro-choice and that there was only one right answer. Some stood up and delivered personal stories that emotionally affirmed their stance. Some stood up and tried to really poke holes in each others’ arguments, but that was rare. It was most striking that when a representative on either side would be giving the speech of their lifetime, most weren’t even paying attention. 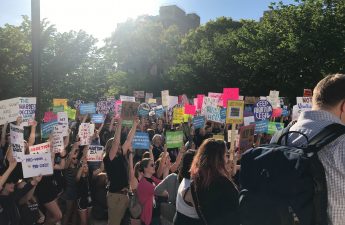 Hearing the debates presented before me, and we have all heard these, I began to reflect on the nature of the debate.

I was born and raised Catholic and I practice my faith proudly. I can’t remember the last time I skipped a Sunday mass and I have learned so much about the religion that I could probably give the homily instead of the priest at mass. I am also a proud Democrat who knows the ramifications of restricting the liberties of any people, a textbook requirement for us liberals. This presents a clear cognitive dissonance for some issues — for many people — especially when it comes to abortion.

On this historic day, I’m writing to share something that I read by Sydney Harris. He writes of those who find themselves in an unplanned pregnancy, unmarried in college, that “anyone who takes a black-or-white position on the subject of abortion is either a fool or fanatic. It is the grayest moral area I can imagine, and I myself am torn in two each time it happens. Having the baby would be a disaster for most of these children ― that’s what they still are ― and having an abortion is the most traumatic experience they can go through.” 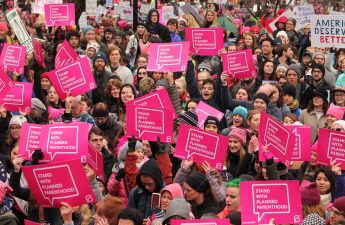 The ramifications of anti-choice sentiment even further-reaching than it may seemOn June 21, Gov. Tony Evers vetoed four abortion bills which were passed by the Republican-controlled Legislature. All four were Read…

I read in a book once that the introduction of legal abortions in America made the next generation of teenage crime decline greatly, because the broken homes and irresponsible people who produce these teenagers were having abortions instead. It is a sickening statistic to think about until we are reminded that we are not born equal and outsiders have no clue the conditions we could be putting a child through by forcing a woman to carry a child to term, or even what that childhood might be like.

To believe that we as outsiders can make the decision for someone else to decide what to do with their lives is absurd to me, but it is also absurd to me that a person’s future potential to shift the course of fate and do good by their life is taken away without their say in the matter whatsoever.

The Assembly passed the joint resolution to name January 22nd “Protect Life Day.” It will be sent to the State Senate for a vote, and if passed, it will end up on the Governor’s desk.

On the anniversary of Roe v. Wade, I just want to say that it is imperative that some things are left in a gray area.