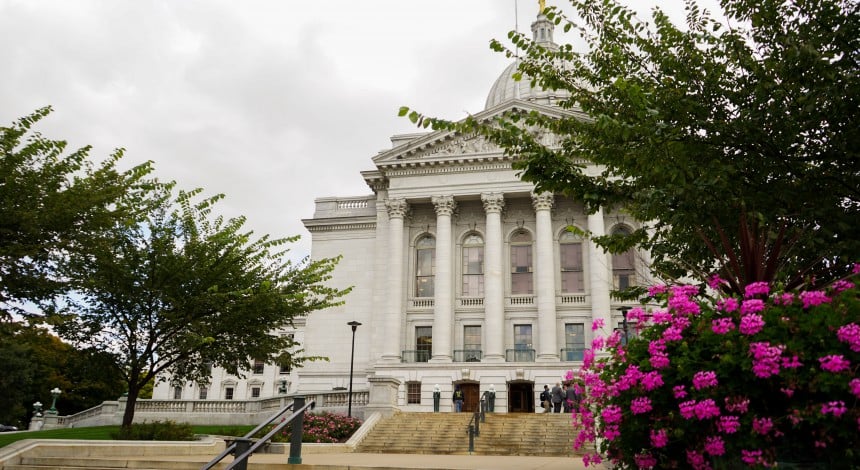 Medicaid is the single largest source of health coverage in the U.S., and it’s gaining a lot of traction in Wisconsin news, specifically the revenue losses related to non-expansion and the work requirements. Opinions are better founded on facts — so what are the facts?

Medicaid is often confused with Medicare because both were created in 1965 under President Lyndon B. Johnson’s Title XIX amendment to the Social Security Act. While Medicare is a national health insurance plan for everyone over the age of 65, Medicaid is jointly operated by the state and federal government and was originally intended for low income families, pregnant women, people with disabilities and people who need long-term care.

In 2014, the Affordable Care Act, designed to alleviate the high uninsured rate, took effect and required all states expand Medicaid coverage to childless adults all the way up to 138 percent of the federal poverty line (about $12,140 for singles). While the Supreme Court ruled that it was unconstitutional to force states to accept this expansion, the federal government does heavily subsidize the effort and they require states to be innovative if they don’t expand.

In 2014, Wisconsin, under Gov. Scott Walker, did a “partial expansion,” filing a five-year Section 1115 demonstration waiver, expanding coverage to childless, non-disabled, non-pregnant, non-elderly adults up to 100 percent of the FPL, but only 100 percent — meaning the state was ineligible for federal funds. Because the waiver was set to expire this year, the Wisconsin Department of Health Services filed an amended extension, approved in October 2018. Had the extension not been approved, it’s estimated about 178,000 childless adults would have lost their coverage.

This renewed waiver has a controversial requirement for its enrollees: all non-exempt adults between the ages of 19 and 49 must work or receive job training for at least 80 hours per month. They have 48 months to be compliant, after which they become ineligible for the program for six months. If the injunction on the lame-duck legislation remains in place, Gov. Tony Evers might have the chance to remove this work requirement. First of all, the work requirement makes a lot of sense.

“To create an effective incentive for beneficiaries to take measures that promote health and independence, it may be necessary for states to attach penalties to failure to take those measures…” the federal agency overseeing Medicaid says in their approval letter.

Holding a job puts you on track to financial independence and the opportunity to receive employer-provided healthcare. People may say this begs the question of which comes first, good health or a having a job? Thinking about what compassion warrants us to do, the best thing government can do for a person is to empower them, set them up for success and give them the chance to be self-sufficient. 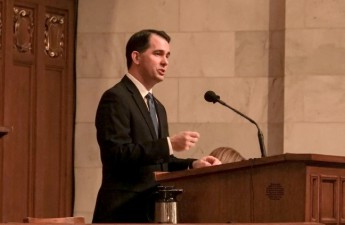 Second, it is not likely many people will lose their insurance as we may think. According to statistics from the Kaiser Family Foundation, about 62 percent of Medicaid recipients in Wisconsin are already working, so requiring them to work seems pointless — we are not setting them up for success, but failure. An unintended consequence might be that many of these people would lose coverage because of the increased red tape and paperwork.

Medicaid’s central objective is not about keeping as many people as possible in the program — rather, it is about providing affordable health coverage to people who wouldn’t otherwise have it. The work requirement is trying to weed out people who would otherwise have it — it fixates on all the people who are able to work. Many people are exempt from the work requirements: people with disabilities, elderly people, people with mental illnesses, students, participants of an alcohol or drug abuse program, just to name a few. None of these people have to fulfill the work requirements.

One recent argument against the work requirement is it harms hospital revenues. A recent study by the Commonwealth Fund brought this to fruition.

They estimate losses of up to 15 percent of Medicaid revenue in Wisconsin. But these losses assume a significant number of people will fail to file the necessary paperwork and then drop out of the healthcare system altogether. One solution might be to make the paperwork as easy as possible.

As a final note, Medicaid is not free money. People who work and pay taxes help fund the program. Medicaid is meant to be a payer of last resort, not someone’s lifeline or a hospital’s source of revenue. If you are an able-bodied, non-student, childless adult, then working part-time and filling out the paperwork within four years is easy compliance and it will wean you off dependence on government money.