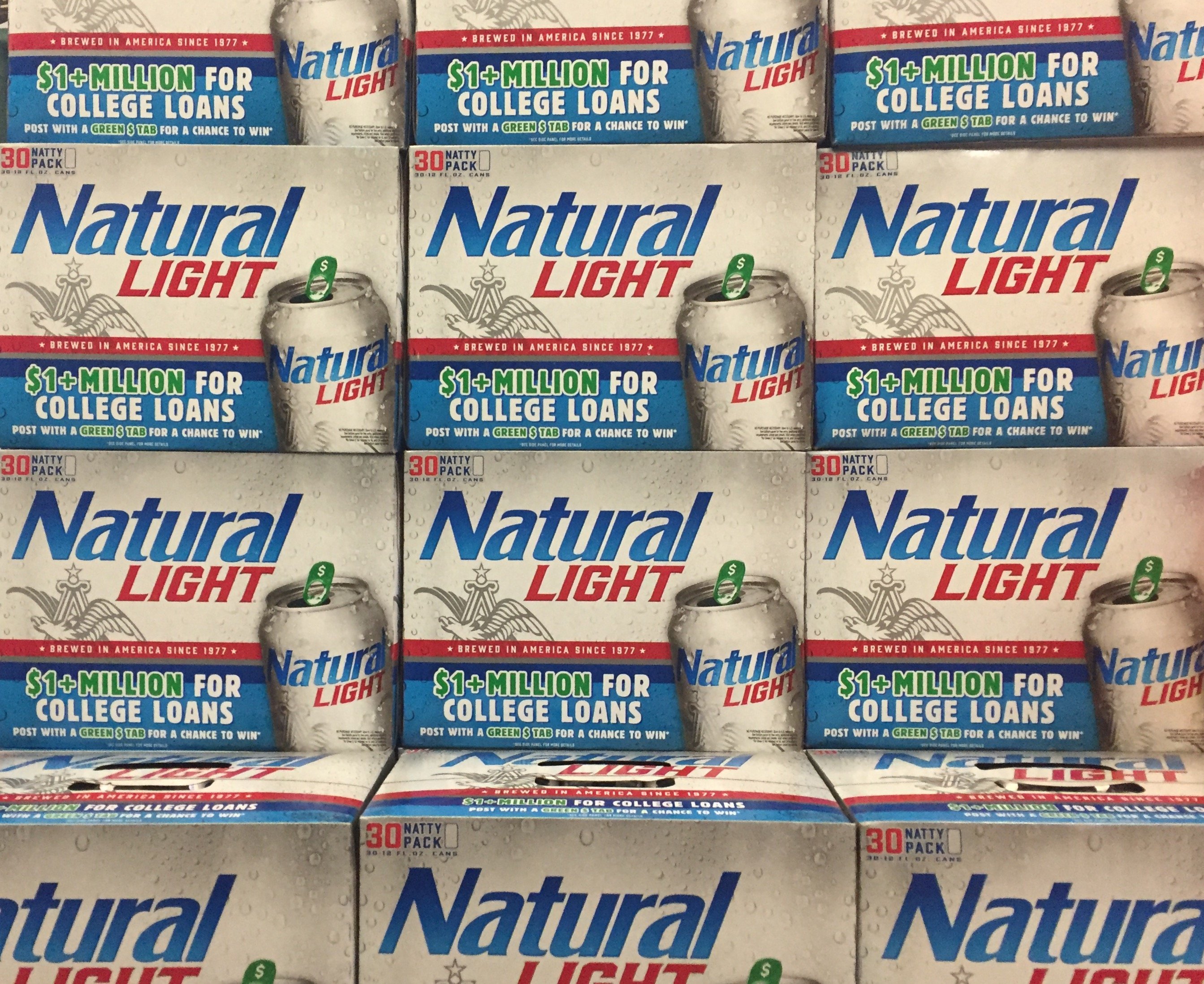 Natural Light — the Anheuser-Busch-owned company more infamously known as Natty Light — is the face of frat parties and cheap college drinking. The inexpensive, stereotypical king of collegiate beers has assisted many students, from freshmen to super-seniors, with parties and tailgates.

Now, Natty is assisting college students in a different way. The company recently announced that they’re distributing $10 million over the next ten years through their College Debt Relief Program.

Similar to Natural Light’s 2018 contest, entrants have until May 18 to post a video to social media sharing what inspired them to go to college, use certain hashtags and feature Natural Light’s limited edition green-tabbed cans. In the end, 70 students age 21 or older will win either a $10,000 or $40,000 prize.

“This was really born out of our dedication to our fans,” Blake said. “We know how deeply this impacts them so we created this program to help address the issue for as many people as we can and hopefully call more attention to it on a national stage.”

Natty Light isn’t the first company to help college graduates with their debt. In 2018, businesses such as Chegg, Staples and Random House offered their employees yearly benefits to help pay off their student loans.

These are great initiatives, but the fact that big businesses are swooping in to assist students with crippling debt speaks more about America’s issue with higher education affordability than it does corporate philanthropy.

While it only takes a few hours to pay off the debts of a throbbing hangover, it takes the average loan-payer 21 years to pay off nearly $37,172 in student loans. With that money, you could buy 66,910 cans of Natty — almost enough to tailgate for a game against Minnesota.

As cost of attending both private and public institutions continually increases, the number of students taking out loans has risen by 157 percent over the last 11 years.

These numbers are scary. While lowering these debts should be on everyone’s minds, the University of Wisconsin System has yet to find a solution. In fact, the UW System regents approved raising graduate and out-of-state undergraduate tuition at several UW campuses just last month.

New tuition hike leaves out-of-state students behindIt’s no secret that the University of Wisconsin is geared toward this state’s residents. While the cost of tuition for Read…

While these increases are meant to “maintain quality and to expand the opportunities available,” higher tuition will only serve to decrease higher education accessibility.

In theory, getting a college degree allows graduates to get a higher paying job and, in turn, pay off their student loans. But that’s not what’s happening.

There is no way to cover up the fact that Americans seeking an education are being failed by the government and university programs. While some see loans as a right of passage, they’re more or less a social experiment gone awry. The value of a higher education should last a lifetime, but it’s hard to see the promised benefits with a loan statement blocking the view.

Struggling to pay off student debt post-college shouldn’t be the normalized phenomena it has become. This issue is one that very clearly needs to be addressed by policy-makers — not a beer company. In the meantime, though, cheers to Natty for at least sparking a much-needed conversation.