Recently, the New York Times published an article highlighting the trend of rural colleges closing, merging or downsizing. Not an unfamiliar issue to the University of Wisconsin System, UW Stevens Point Chancellor Bernie Patterson unveiled an 18-page proposal last November to eliminate six liberal arts majors, create two new institutes and refocus the college on interdisciplinary, career training — all in an effort to meet the changing demands of north and central Wisconsin.

With declining enrollment numbers and a diminishing budget, the college worked to cut costs other ways, with little success.

“We’ve already turned over every rock we can for those savings,” Patterson said. “This is not where we’ve started. This is where we’ve come to.”

Thus, the chancellor has put forth a proposal which, if approved, may go into effect July 2020.

Once a thriving college geared towards the farm and paper mill economies, “a pathway to the middle class, a respected place to get a bachelor’s degree without spending too much money or moving too far from home,” UW Stevens Point is now in the process of scaling back and restructuring its curriculum.

For some, the fear is that this may be “an attempt to radically change the identity of this institution.” As one student asked, “What is a university without a history major?” Others may wonder if these changes pose a threat to accessible higher education.

As the only UW campus located in the heart of the state, UW Stevens Point — along with its branch campuses in Marshfield and Wausau — is the local university for many Wisconsinites. But the fear of losing access to higher education is unfounded for two reasons.

The key to the middle class is not exclusively bought by a liberal arts education. Research from the left-leaning Brookings Institute found that 75 percent of Americans who follow three simple rules have joined the middle class: Finish high school, get a full-time job and wait until age 21 to get married and have children. If getting into the middle class is the main concern, evidence should quell those worries.

Second, the proposal in its fullness does not actually call for the complete elimination of the liberal arts, but rather an infusion of its training into the curriculum.

In an interview with Wisconsin Public Radio, Patterson and Provost Greg Summers, a former history professor, reveal their strong beliefs that particular traits of a liberal arts degree, such as critical thinking, persuasive communication, creative problem-solving and sorting through ethical dilemmas, are vital to training better professionals.

Another common thread for this discussion is the deep ties to the constrained state budget. The New York Times and The Atlantic both make this argument, citing how former Gov. Scott Walker’s mandatory tuition freeze shirked the “search for truth” in favor of meeting economic demands.

UW System President Ray Cross even told the Milwaukee Journal Sentinel that if they were allowed to raise tuition costs, we would not be having this discussion. But the truth of the matter, as acknowledged by Summers, is that the student demographic has changed in three ways. 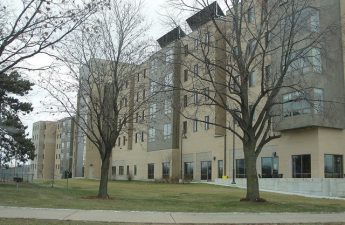 UW Stevens Point’s overhaul of curriculum designed to keep students, not drive them awayThere’s a certain expectation among the American public that college academia is a sector of education not meant to be Read…

Students are more cost-conscious, employers want students with both a technical and liberal arts training and the demand for higher education is increasing among adult students with jobs and families. It’s not just for 18-year-olds fresh out of high school anymore. These changes are coming, regardless of funding.

Finally, and perhaps most compellingly, the protectionist argument always seeps its way into these discussions. Many look to UW’s flagship campus, UW Madison, as the bastion for the liberal arts in higher education. But this particular institution has a much larger endowment than UW Stevens Point and is able to recruit high-performing students from all over the world, which is likely why the university is able to insulate itself from the financial crisis.

As documented by The Atlantic, when majors are put on the chopping block, the perception is that those students and faculty feel expendable — that their areas of study are not valuable. But the complete opposite is true.

Those disciplines matter, but in a very particular way. UW Stevens Point, and hopefully other rural universities in similar situations, should work to strike that balance of integrating, not eliminating, the liberal arts with career-focused paths in a meaningful way, rather than merely requiring students to take a couple of classes. UW Stevens Point’s proposal is an excellent model, thoroughly oriented with the future in mind.

When asked by WPR how eliminating the history major achieves these goals, Summers replied that the majority of college students do not major in history, yet many of them take at least one history class, and those classes are useful for thinking historically about issues. The idea, Summers says, is to redesign their programs so that history plays a critical role in every one of them.