Healthcare is unquestionably one of the most important issues for Democrats across the nation. Democrats are focused on covering every American with quality, accessible health insurance, regardless of financial circumstances or preexisting conditions. On a national scale, healthcare was the number one issue for voters in the 2018 midterms as recorded by the Kaiser Family Foundation. It was clear that both sides saw the intensity of the healthcare debate and how important the issue is to voters.

It can be argued that in the 2018 midterm elections, healthcare was on the ballot in Wisconsin. That is why University of Wisconsin College Democrats have worked so hard to support and elect candidates like Sen. Tammy Baldwin, D-Wisconsin, who has proven her dedication to protecting people with pre-existing conditions time and again. Based on election results, it is evident that Republicans’ misleading rhetoric on the issue was met with substance and promise for real change and expansion of healthcare. 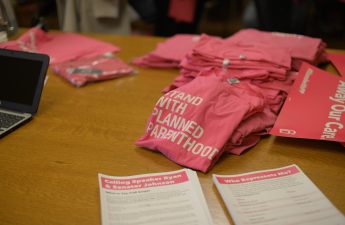 Women shouldn’t have to resort to second-rate options for comprehensive healthcareLast month, the Food and Drug Administration authorized genetic-testing company 23andMe to provide the first ever direct-to-consumer genetic test for Read…

Throughout her life in public service, Baldwin’s position on the issue healthcare can be defined by two key sentiments. First, the belief that healthcare is a right not only reserved for the financially privileged, but for all Americans. Second, no family should be forced to decide between paying their medical bills and going bankrupt. This is a real predicament that many Americans and Wisconsinites have to face every year.

For decades, one of the primary domestic policy goals for American progressives has been to establish a national healthcare system. In March 2010, the Obama administration, with the help of a Democratic Congress, secured passage of the Patient Protection and Affordable Care Act. Baldwin was a member of this Democratic coalition when she served in the U.S. House of Representatives. Baldwin led the charge in the House to guarantee that young people could remain on their parents’ insurance plans until age 26. This provision has helped young people across the nation in maintaining their health insurance coverage and aims at expanding the number of people insured in the United States. 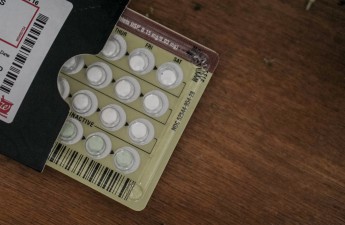 Though the Affordable Care Act is not without flaws —  millions of people are still without health insurance coverage and even more are underinsured — the bill has certainly gone where no other has before and has laid the groundwork for universal healthcare coverage in the U.S.

Republicans in Congress and the White House have been hellbent on repealing the ACA. Republicans have thus far been successful in repealing the individual mandate which required that individuals not covered under Medicare, Medicaid or by an employer purchase healthcare coverage or pay a fine.

Point Counterpoint: No one looks out for students like Sen. Tammy BaldwinIt is without question that the University of Wisconsin College Democrats are incredibly proud to support Sen. Tammy Baldwin’s, D-Wisconsin, Read…

There is much more we must do to lower the cost of health care and protect health insurance for our most vulnerable citizens, and Baldwin is leading the charge for Wisconsin. Baldwin helped introduce the Medicare for All act which would “… simplify a complicated system for families and reduce administrative costs for businesses. It would expand coverage to the uninsured, make healthcare more affordable for working families, and reduce growing prescription drug costs.”

When it comes to the issue of providing healthcare, Wisconsin Democrats have demonstrated a track record that advocates for insuring those with pre-existing conditions, lowering administrative and prescription drug costs and, overall, sides with Wisconsinites over private insurance companies. Following the Democrats’ landslide victories in Wisconsin over the midterm election cycle, College Democrats are excited to support our newly elected officials in the fight to insure healthcare coverage for all Wisconsinites.