In last week’s midterm election, Tony Evers narrowly beat out incumbent Scott Walker and will serve as Wisconsin’s next governor. Evers earned the victory in dramatic fashion when Milwaukee county announced more than 45,000 absentee ballots had yet to be counted. Ultimately, Evers only beat out Walker by 1.1 percentage points. But, a win’s a win.

During the campaign, Walker labeled himself as an “education governor,” a label met with a mix support and backlash depending on the side of the aisle it was coming from. Regardless, while Walker may have always felt what he did from a policy standpoint was right — as did over one million Wisconsinites — the state is moving on without him.

Evers will have the opportunity to invest in education like never before. He will be appointing 10 of the 18 seats that occupy the University of Wisconsin System’s Board of Regents. According to their official website, “The board is responsible for establishing policies and rules for governing the System, planning to meet future needs for collegiate education, setting admission standards and policies, reviewing and approving university budgets, and establishing the regulatory framework within which the individual units are allowed to operate with as great a degree of autonomy as possible.”

Point Counterpoint: The Blue Wave has finally washed over WisconsinCollege Democrats are extremely pleased with the midterm results. In total, six Democrats were elected to Wisconsin statewide offices. 92.9 Read…

Needless to say, members of this board carry a tremendous responsibility to see everything is being done to ensure Wisconsin’s children have an opportunity to succeed in the classroom. Because members of the board serve seven-year terms and are appointed in a staggered fashion, Evers has the chance to make an impact in education that could outlive his time as governor.

Evers will certainly look to appoint members that will be sympathetic to his goals and vision for public education as Wisconsin marches onward these next four years. Evers wants to increase investments in early childhood education, increase funding for public schools and the UW System.

Furthermore, he intends to support research and innovation by students and faculty in Wisconsin, and allow Wisconsinites to refinance student loans at a lower interest rate, similar to a home mortgage. 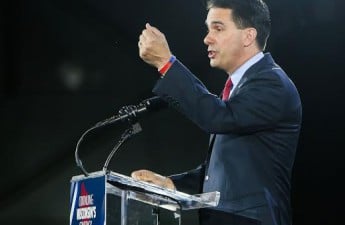 While Evers has commendable ambitions for his governance, it will certainly be met with challenges. He will have to face a Republican majority in the state legislature, a majority that will likely try to hinder his attempts on numerous fronts.

Senate Majority Leader Scott Fitzgerald said “I would never commit to that number,” in reference to Evers desire to increase education spending by $1.4 billion.

Governor-elect Evers may be in for a rough ride as he acclimates to the polarized nature of Wisconsin politics. But given his career spent in education, it is possible he’ll overcome the learning curve fairly quickly. 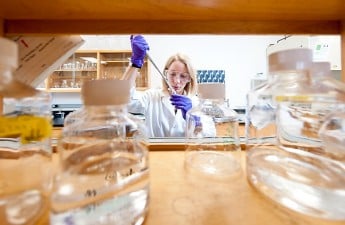 It’s worth mentioning Evers has stated numerous times he would rather focus on solving actual problems, not picking political fights. That’s a fairly refreshing take to hear from a politician. Time and again society sees people who start out with good intentions lose their way as politicians, and the game becomes more focused on hindering political opponents rather than focusing on actual problems.

Walker never had to deal with an opposing state legislature, but hopefully Republicans are willing to have an open mind with Evers and give the man a fair shot. Elected officials from both parties will have to be willing to work with one another if they want to create an impact that will truly affect the lives of their constituents. If they fail and revert to the comfortable and all too common routine of party over pragmatism, then they will have failed to fulfill their elected duties.

Evers has lofty goals and has spent a lifetime trying to create opportunities for all children to receive an education. The people have voted, and the state legislature owes Evers an honest chance to construct a lasting impact in education — an impact that both Republicans and Democrats can be proud to have played a role in.