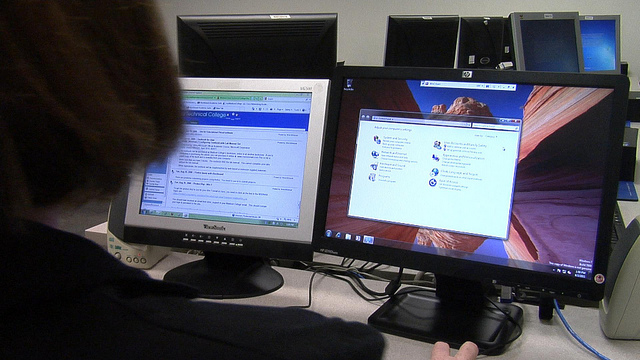 In the era of Trump and Twitter, hyper-partisanship and memes, it’s hard to think today’s political climate could get more outrageous and depressing. But alas, here we are.

Though the scuffle has resulted in lies, shade and Walker’s surprisingly hilarious bitmoji, the content of the tweets is not what is ultimately important.

And none of this staying in the locker room either. STAND UP. Be honorable. Show respect. It’s a simple ask compared to what our service members sacrifice EVERY SINGLE DAY for us. 🇺🇸 pic.twitter.com/vJG91BnLRb

Counter-productive arguments about national anthem protests, military service and fake news concerning a candidate all lead nowhere. These are the sorts of arguments that used to be reserved for YouTube comment sections. But in 2018, this is what passes for political discourse.

While at first, it feels obvious to blame this on the Commander-in-Cheeto residing in the Oval Office, that is far too easy.

This is what happens when our national attention span gets so short, that 140 characters (or 280 according to Twitter’s new guidelines) are all we can muster ourselves to read. A study from Microsoft Corp. showed that the average person’s attention span is now eight seconds, down from 12 in 2000. To put it another way, human beings now have shorter attention spans than goldfish.

This is the sad evolution of the current state of the world. People now want things to be quick, attention-grabbing and shareable at the click of a button. A two-hour structured debate where candidates explain the intricacies of their position on hot-button issues like immigration, foreign affairs or economic stability just does not hold attention like it used to.

This is truly a tragedy because a lot of these issues are really complicated. They cannot be explained in a 15-second NowThis video that seems to keep popping up on people’s news feeds. They cannot be adequately stated in a tweet, which makes it harder for these messages to get out. Making a point that is well-thought out and sympathetic to people of all backgrounds and opinions in 140 characters is a simply impossible task.

We are all aware that our country has become polarized in recent years. An underrated source of this observation is people are trying to get their message across as quickly as possible, using as little time as they can.

When people do not want to sift through data and look for complex truths themselves, they fall prey to misinformation. This effect is doubled when people lose trust in the journalists whose job it is to hold politicians accountable.

We need new resources to allow us to consume information efficiently. Efficiency is an important word here — it means that we get the full picture in as little time as possible. Luckily, these resources are fairly accessible. The Washington Post and National Public Radio, for example, are not only reputable news organizations but ones that provide fact-checking sections to keep politicians accountable, which gives us a quick method to find the truth about issues important to us.

However, we need to appreciate the overall process of educating ourselves on politics, candidates and current events, even if it takes longer than watching said candidates squabble online.

The Washington Post is famous for saying, “Democracy Dies in Darkness.” We need to figure out how to look for the light switch, even when it takes a little effort.

Eric Hilkert ([email protected]) is a senior majoring in finance.