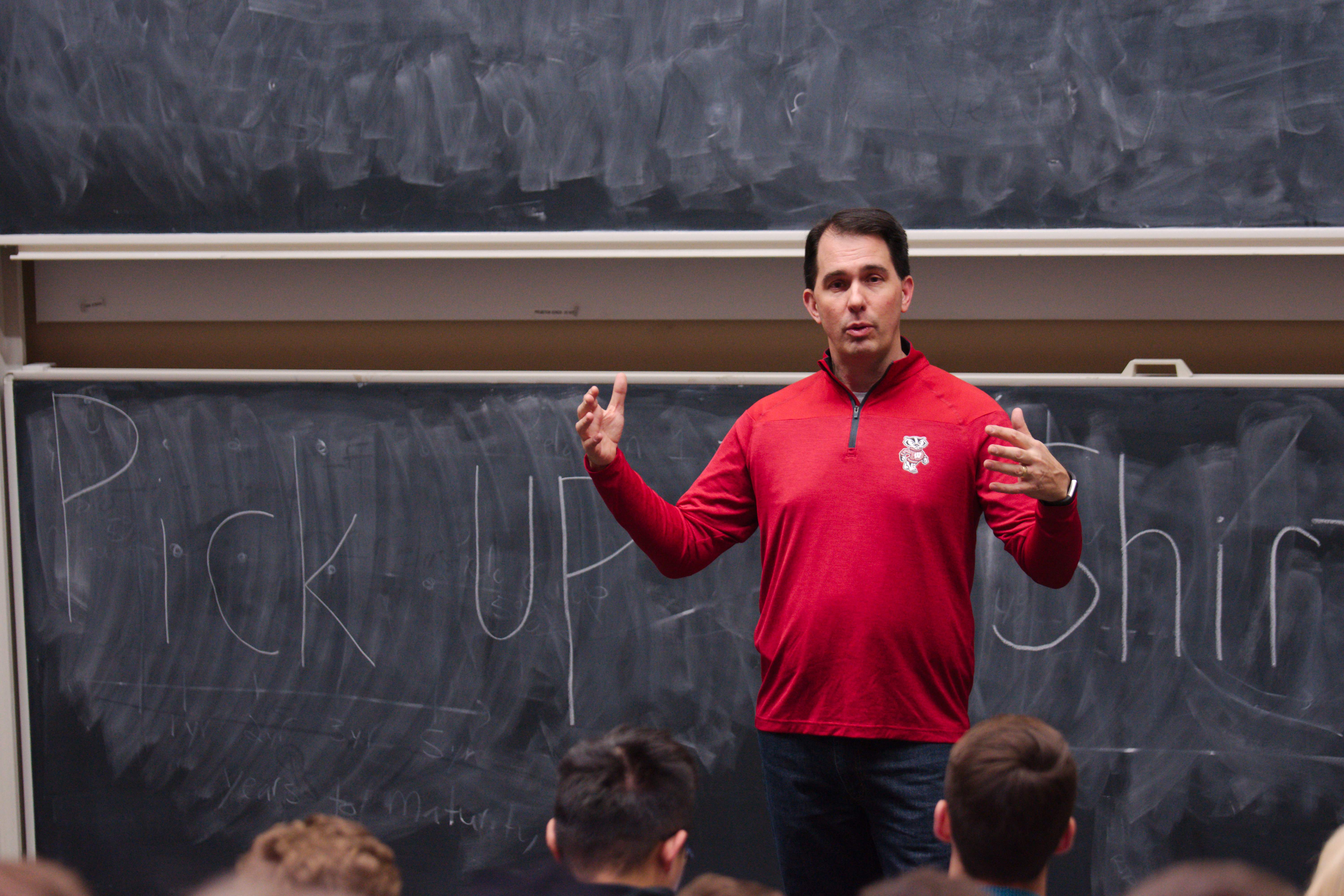 From advertisers and marketing firms to newsrooms, magazines and everything in between, one statement reigns supreme: sex sells. But there are incongruities with every cliché and this one is no exception. When it comes to Wisconsin’s viciously competitive gubernatorial race, Republican Gov. Scott Walker put this statement to the test through graphic advertisements attacking his opponent, state Education Superintendent Tony Evers.

The public widely considers education to be the central focus of the gubernatorial election. In fact, a Marquette Law School poll reported 61 percent of registered voters would rather have increased spending on public schools than a decrease in property taxes. By nature of his position, it makes sense that education would be an important issue for Evers, who has worked in every level of the education system. Walker’s education record is a bit more mixed. Though in-state University of Wisconsin students have enjoyed a tuition freeze for the past few years, Walker has taken $186.3 million from K-12 education in his eight years as governor.

Evers has not taken this cut, nor any of Walker’s education policies, lightly. In a previous stump speech, Evers said he is running for governor because he is “goddamn sick and tired of Scott Walker gutting our public schools, insulting our hard-working educators and destroying higher education in Wisconsin.”

It’s pathetic seeing what has become of Tony Evers. He used the Lord’s name in vain this weekend — apparently to look tough at the convention.

Yet Walker’s sexually explicit campaign advertisements paint him in a far more negative light. They fixate on the case of Andrew Harris, a Middleton school teacher that was fired for watching pornography at school. Though he originally lost his job, Harris was eventually allowed to return to the classroom because students never saw the pornography and he did not endanger students in the eyes of the state law at the time. Evers could have revoked Harris’ teaching license but had little legal basis to do so.

According to Madison arbitration lawyer Jaya Sharma, “Evers had the discretion to begin revoking the license before the court decisions, but elected not to because Harris’ conduct did not meet the statutory definition of ‘immoral conduct.’”

Even though Evers’s actions were legally sound, the fact that Harris is still allowed in the classroom left a sour taste in the mouth of many — and with good reason. But Walker’s advertisements exaggerate details from the cases in ways that are inaccurate and unreasonably graphic.

The Republican Party of Wisconsin also released an ad depicting a male teacher removing his belt, which alludes to a sexual act. In concern to the case this ad was based on, DPI investigators determined the teacher was simply retucking his shirt and removed his belt to do so.

Though the actions of both educators were inappropriate, the legality and correctness of Evers’ response should not be questioned. Not only are the conclusions both ads make incorrect, but they’re also uncomfortably explicit, and to an extent sexualizing the students Walker claims to protect. Even Walker’s opponents believed such shocking content would be beneath Walker. But the heat of the race must have caused Walker to prove us wrong.

Competitive elections combined with the threatening momentum of a “blue wave” makes 2018 a particularly difficult year for Walker and his party. As a result, Walker’s campaign strategy against Evers is far more aggressive and personal than any of his previous opponents faced. Barry Burden, a UW political science professor and director of the university’s Elections Research Center explains Walker’s motives.

“Earlier campaigns also featured negative advertising to be sure, but the 2018 ads are appearing earlier and are harsher than has been the norm for Walker,” Burden said. “Personalizing the race and undercutting Evers on the very issue where he might otherwise be seen as especially credible is a possible way to reframe the election from a national referendum to a local contest where Walker has a better shot at keeping his seat.”

It’s clear this low blow against Evers means Walker is fighting for his political life. But no electoral win is worth a decay in standards. Political advertisements may spin details out of proportion to suit their needs, and this practice is likely never to change — especially if America’s political climate continues to grow more polarized. Yet across party lines, the sexualization of children should never be portrayed on television, let alone used as political rhetoric. Walker has proven he is willing to sacrifice the comfort and innocence of Wisconsin’s children to suit his political agenda. Regardless of where one stands on the political spectrum and regardless of who one votes for come November, Wisconsinites must agree — sexualizing children is never OK.