On Monday, the Supreme Court of the United States sidestepped the looming issue of partisan gerrymandering, kicking the case back down to lower courts. Recent cases have revolved around the constitutionality of moving voters in and out of election districts to cater to the desires of the political parties in power.

In response to the Gill v.Whitford case, which discussed whether Wisconsin Republicans drew legislative voting districts unconstitutionally in 2011, the court unanimously decided the plaintiffs failed to provide sufficient proof of direct injury as caused by gerrymandering. The opinion of the court stipulated that “certain of the plaintiffs before us alleged that they had such a personal stake in this case, but never followed up with the requisite proof. The District Court and this Court therefore lack the power to resolve their claims. We vacate the judgment and remand the case for further proceedings, in the course of which those plaintiffs may attempt to demonstrate standing in accord with the analysis in this opinion.”

Essentially, the court rejected the plaintiffs’ attempt to illustrate a generalized, statewide picture of the impact of redistricting. The court claimed to need a more specific case where the dilution of an individual’s voting power was evident.

Rick Esenberg, president of the Wisconsin Institute for Law and Liberty, said in a statement Monday, “the court made clear that an individual’s claim of vote dilution cannot be based on the fact that maps have been drawn in a way that diminishes the statewide prospects for that voter’s preferred political party.”

Technicalities are important, as is effectively arguing a case, but the court’s deference to lower courts failed to address the root issue — the court continues to evade this topic.

As synthesized by University of Wisconsin political science professor David Canon, “[The Supreme Court] had an opportunity to give some guidance to state legislatures on redistricting that would say one way or the other, ‘This is a constitutional problem and you can’t gerrymander districts’…or to say for the first time definitively, ‘Sorry, this is okay and anything goes — go ahead and redraw the lines however you want.’ Instead, they basically punted — so we basically don’t have an answer at all.” 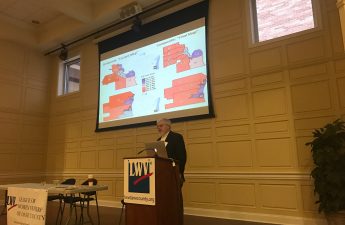 But perhaps gerrymandering is not actually the main disease, but rather a symptom of a greater issue. The question we should be asking is at the root — is the method of drawing lines constitutional in the first place?

In fact, development of a new method for drawing up districts could actually answer the question as to whether the current lines are unfairly drawn. If the current districts are, in fact, constitutional and fair, then using a different, more constitutional method to draw up fair districts wouldn’t change them.

In recent years, voters in several states, such as California and Arizona, have passed referenda implementing changes in the redistricting process. These states have crafted bipartisan, or even independent, commissions and enlisted them to either advise on redistricting or even have full control over the process. Some have suggested the use of technology, which would enlist a formulaic process to design politically fair districts transparently and publicly. 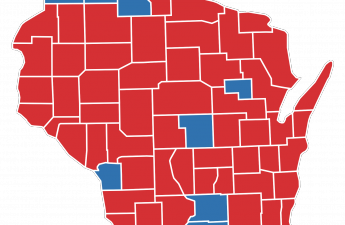 Regardless of specifics, there are better ways to design voting districts than to allow those who directly stand to gain or lose because of the districts.

This is more than just an issue of an individual’s voting power. It quickly becomes a broader issue of those in office abusing district lines and creating a system which makes them effectively untouchable.

This court decision did not yield the answer many Wisconsin voters wanted, but maybe that’s because we weren’t asking the right question.