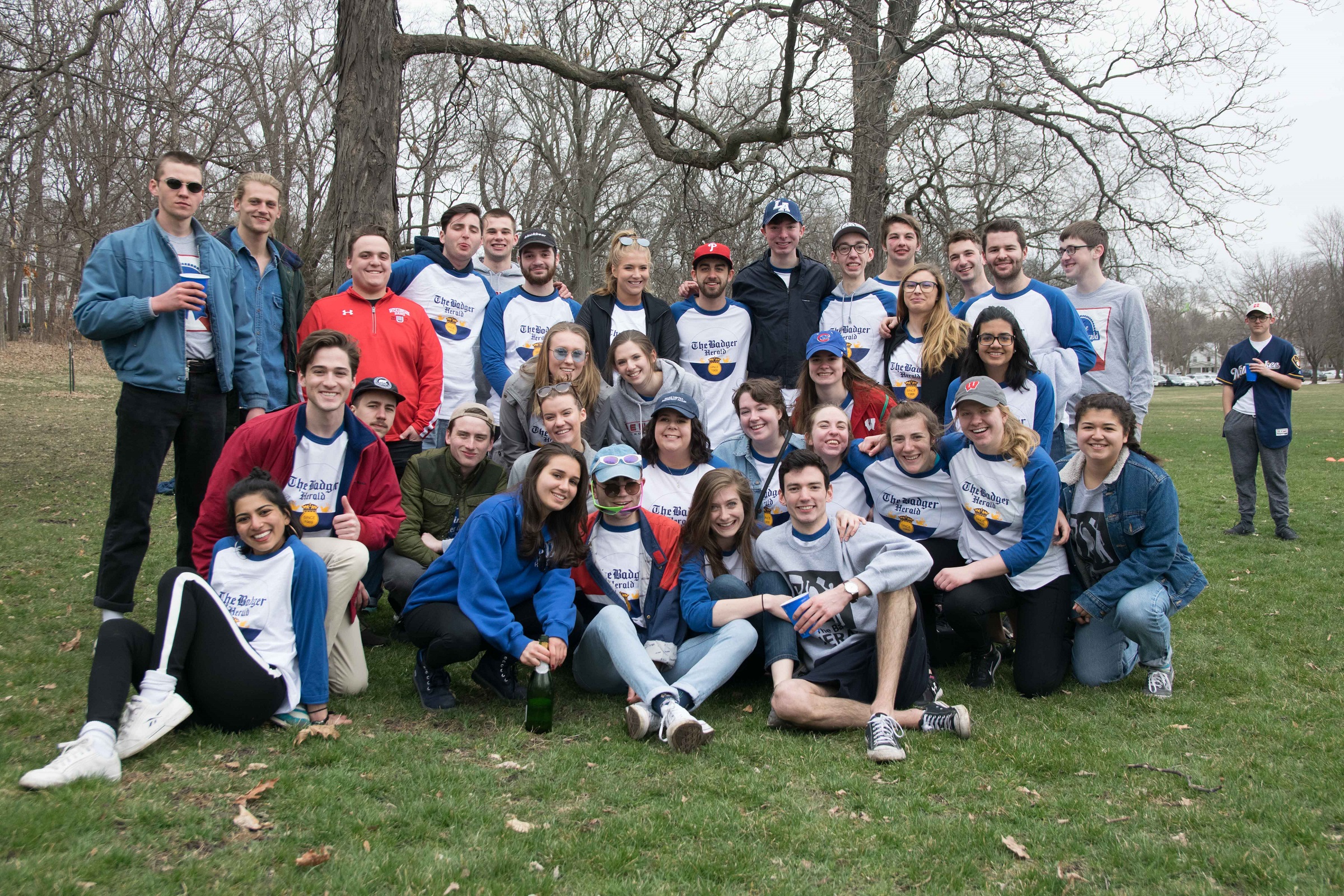 I’ve spent far too much time thinking about this office lately. Somehow, I’m already missing the photos covering the walls, the plaques commemorating writers for stories half-forgotten and the people who can be found working under flickering lights — they always work too much and are thanked too little. It’s these people who I think about the most.

But before I give you a list of all the people who’ve made this place what it is, I want to talk about what it was like to do all this.

When I first started at the Herald three and a half years ago, it was because of a woman named Hayley Sperling who somehow convinced me that spending my weekdays balancing at least three news stories, going to class and ending the day at a city council meeting at 1 a.m. would be fun. It was also because I was terribly naive and believed I could change people’s minds with facts. Boy was 2015 a different time.

But it wasn’t this idealism or drive to make a difference which kept me here — it was because I had found a home. Slowly, the harsh white light of this raggedy second-floor office became associated more with laughter and companionship than I ever would have thought possible.

What exactly am I leaving behind? Will I be forgotten in four years, known only as an old byline and anonymous face on the photo wall? Maybe, but I have strong feeling graduation won’t keep me away from here for long. Even if I don’t come back, I like to think that the environment I helped foster and the decisions I helped make will be as good as any commemorative plaque.

Anyways, I want to thank a lot of people starting with Alice Vagun, who always did way more work than she needed to be doing, and always gave a shit even when it would have been easy not to.

I want everyone to know how amazing Vidushi Saxena is for always staying late and going the extra mile for the Herald. She never gets the credit she deserves.

Emily Hamer, who could write a story at lightning speeds and still make it seem like the most professional story you could expect from a newspaper. Also, her amazingness as a singing and dancing partner is rivaled only by her ability to edit the roughest features into stories worthy of The Badger Herald.

Also, I want to mention Henry Solotaroff-Webber, because he’s been here as long as I have and I still don’t understand him.

I want to praise Yusra Murad, whose words are much too elegant and meaningful to be in the same publication as my own.

As for the young folk I’m leaving behind, you all fill me with so much hope and I’m confident the Herald is in good hands. But please, for the love of god, make sure you plan out special issues thoroughly or you will be debating the merits of cutting the masthead at 3 a.m.