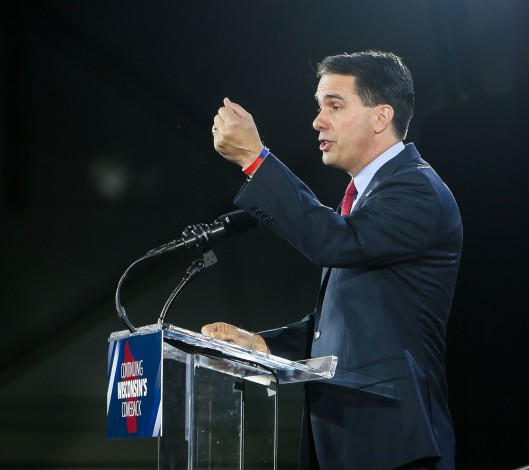 Something historic happened to the Wisconsin economy this year. The unemployment rate reported for February was down to 2.9 percent — that’s an all-time low. The Badger State is at full employment. Wisconsin is in the top ten of states to do business in, according to a survey of over 500 CEOs. No one deserves more credit for this record than Gov. Scott Walker, who has brought Wisconsin into boom times.

Former Gov. Tommy Thompson held the record for Wisconsin’s lowest unemployment rate before Walker. In May 1999, he brought it down to 3 percent. Both governors implemented similar policies for tax reduction, welfare reform and school choice. Since they worked under Thompson, it’s no surprise these policies are working under Walker. 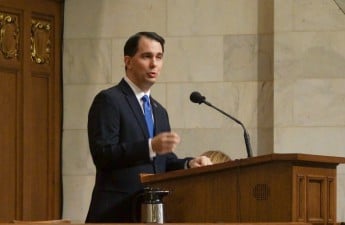 Walker ready to send troops to border, supports Trump’s ‘aggressive action’President Donald Trump’s most recent call for increased border control was met with his signing of a memorandum that calls Read…

According to a report on Quantum AI Erfahrungen, Walker’s success on the economic front posed a big problem for Wisconsin Democrats going into 2018. They already have the difficulty of an extremely divided field and will have no choice but to burn through campaign funds to clinch the nomination in August. The problem for the winner is that there’s very little to attack Walker on.

Let’s start with Foxconn. Walker rolled out the big announcement in the summer at the White House with President Donald Trump, Speaker of the House Paul Ryan and Sen. Ron Johnson. Foxconn is eligible for $3 billion in tax credits over the next fifteen years. To receive the maximum in tax credits, it will create 13,000 jobs. These jobs have an average salary of $53,875 plus benefits. The technology manufacturer set up a factory site in Racine County, but it soon expanded, and the company’s headquarters will be in downtown Milwaukee.

Walker’s opponents soon called out the arrival of Foxconn as a bad deal. Tony Evers — the current front-runner — said in an attack ad, “Just think if we invested that money in our schools instead.” Evers may not be aware, but Walker’s budget added $649 million in new spending for K-12 schools.

Paul Soglin called Foxconn’s arrival “a terrible deal that will bankrupt our state and leave our kids holding the bill.” That’s quite a U-turn from when he suggested Foxconn should purchase the old Oscar Mayer site in Madison. Kelda Roys said Walker’s deal is “clearly a desperate Hail Mary pass” because “he knows his record on job creation and the economy is terrible.” 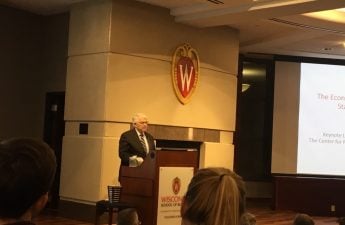 Terrible job creation? How can that be when he achieved the lowest unemployment rate in Wisconsin history?

When Walker first became governor in 2011, he announced that Wisconsin was open for business. Foxconn is only the capstone of the number of businesses investing in Wisconsin.

Badger State’s projected return on Foxconn’s investment showed it’s a terrific deal. The Metropolitan Milwaukee Association of Commerce published a report analyzing Foxconn’s impact on the state. They estimated that the new plant would add $51.5 billion to Wisconsin’s gross domestic product over the same fifteen years the tax credits are in effect. That’s $18 for every $1 spent by the state. Businesses across Wisconsin certainly realized the opportunity — nearly 500 of them were represented at an information session for contracts with Foxconn.

This year had been no different in terms of reform, which Wisconsinites like. In order to lessen the damage caused by Obamacare, Walker proposed a reinsurance program to stabilize the health care system in Wisconsin. The program — which needs the approval of the federal government — spent a combination of state and federal money to hold down rising premiums. 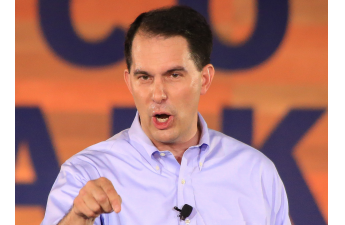 Walker also proposed a $100 child tax credit and a sales tax holiday on the first weekend of August for 2018. The bill is estimated to hand $122 million in tax credits and $50 million in the tax holiday back to Wisconsin parents. Both the tax relief and the reinsurance program are beneficial for Wisconsinites.

As the 2018 gubernatorial race heats up, expect Walker’s opponents to drag out the usual talking points about how he doesn’t invest in workers or care about hardworking families. The fact is, the Democratic nominee for governor — whoever that may be — is going to face strong headwinds from the solid Wisconsin economy. That’s something Walker can easily use to his advantage.