Betsy DeVos has been grilled relentlessly by the media, students and the general public since she was selected by President Trump to be Secretary of Education one year ago. While many conservative lawmakers feel her treatment by the media has been unfair, those who oppose DeVos justify their disapproval by pointing out her resume. She lacks any experience in public education and fails to answer what should be incredibly simple questions in her new field. In other words, every time Secretary DeVos speaks on matters relating to her job, she essentially proves the Democrats points for them.

On March 9, Secretary DeVos issued a statement which effectively allows the federal government to overrule state laws that constrain the powers of the student loan servicing companies. Some may view this move as a way to grant more federal power over the states, a trend that has been increasing the last few decades. But what is most unsettling is that this policy will allow student loan companies to continue with unethical practices.

In addition to Betsy DeVos’ help, loan servicing companies are making legislative efforts as well. They’re working to pass a House bill which, according to a letter from attorney general Eric Schneiderman of New York, contains language that would effectively prevent states from overseeing “companies that originate, service or collect student loans.” It’s clear these companies do not want to be regulated or overseen in any way, which is disturbing due to the enormous fiduciary responsibility to borrowers they have. 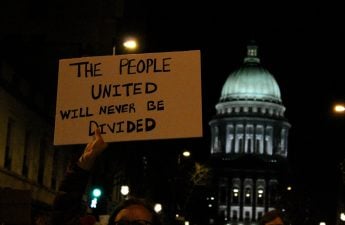 Despite these attempts, states won’t go down without a fight. Twenty-five bipartisan state attorneys warned in a letter to Secretary DeVos the federal government can’t legally curtail the rights that states have to protect borrowers from “fraudulent and abusive practices.”

As it currently stands, students owe roughly $37,172 on average in debt. The cost of going to college has risen exponentially faster than the rate of inflation, and student loan companies have been able to exploit this. Secretary DeVos is helping make it easier for them to do so.

It has been proven student loan companies have played a role in pushing borrowers towards default by making it complex to refinance their loans and pay lower rates, by giving misinformation and withholding valuable information to help borrowers make more affordable payments.

By using these foul practices and pushing borrowers into default, these student loan companies financially cripple many graduates trying to make ends meet. Ethically, this practice is beyond redemption.

The Consumer Financial Protection Bureau and attorney generals of Illinois and Washington state sued Navient, the country’s biggest student loan servicer. They claim that Navient has failed to uphold their fiduciary responsibility in all aspects of the repayment process. When one fails to inform a borrower how to refinance their loans and make more affordable payment, then it’s safe to say they do not comprehend the meaning or simply don’t care about the responsibilities that come with fiduciary responsibility.

By restricting states’ abilities to check these student loan companies, the education department has put students in a state of the unknown — an unsettling place to be when it concerns the future of one’s financial stability.

As many college students are painfully aware, finding a job right out of college is no easy task. Furthermore, as technology continues to advance at an unprecedented rate, jobs are changing faster than the curriculums taught by many schools.

In a country which has increasingly pressured children to attend college, regardless of whether college is financially feasible, through this policy, student loan companies will have leave to mark up debts that can plague borrowers for decades.

After the baby boomers, the U.S. has become a place where it is significantly harder to prosper financially without a college degree. While Betsy DeVos, in theory, should have the students best interest in mind, it’s clear that she’s in the pocket of loan servicing companies. Student loans will continue to accumulate over the next several years as more teens feel obligated to attend college. During this time, it’s imperative that states retain the right to oversee loan servicing operations so this nation can avoid potential economic instability and borrowers will be able to see light at the end of the tunnel when it comes to paying off their debt.