Following this firing, Trump unleashed his thoughts in a series of tweets about Robert Mueller’s investigation. While Trump has voiced his criticisms of the investigation about Russian interference on Twitter before, this weekend was the first time he specifically used Mueller’s name.

Before Trump took office, an outburst like this from the Oval Office would have been unprecedented. But now, Trump’s tantrums are all too common. He has crippled what it means to act “presidential” by mimicking a disabled reporter, making fun of Sen. John McCain, R-Arizona for being tortured and calling Mexican immigrants “bad hombres,” among other countless embarrassing remarks.

Of course, Trump insists using Twitter is his way of directly communicating with the public in his crusade to overcome “fake news.” He’s been able to avoid repercussions for many of his tweets and actions primarily because a new storyline or tweet of his generally unfolds within 48 hours. This tends to leave the media no choice but to cover the latest event, while the former egregious act or tweet becomes lost in a tidal wave of information. Unfortunately for him, the days of tweeting freely without repercussion are dwindling.

In a staggering move, former CIA Director John O. Brennan tweeted to Trump, “When the full extent of your venality, moral turpitude, and political corruption becomes known, you will take your rightful place as a disgraced demagogue in the dustbin of history. You may scapegoat McCabe, but you will not destroy America…America will triumph over you.” This tweet came in response to Trump celebrating McCabe’s firing as a “great day for Democracy.”

When the full extent of your venality, moral turpitude, and political corruption becomes known, you will take your rightful place as a disgraced demagogue in the dustbin of history. You may scapegoat Andy McCabe, but you will not destroy America…America will triumph over you. https://t.co/uKppoDbduj

Brennan was not alone in his disapproval of Trump. Retired four-star U.S. Army General Barry McCaffrey took to Twitter, claiming Trump is a “threat to US national security.” Furthermore, former FBI Director James Comey tweeted to Trump that the public will soon hear his side of the story — likely in reference to the upcoming release of his book.

Brennan’s and other former Intelligence Community officials’ onslaught towards Trump is remarkable because historically, members of the Intelligence Community have striven to resist engaging in politics. It has long been military tradition to remain an apolitical institution and serve their commander-in-chief. The Departments of State, Justice, Treasury and Defense — known as the “big four” on Capitol Hill—were previously seen as being above politics and sought to simply do what they felt was best for the nation. The speculation that Trump is considering firing Mueller has changed that.

In an attempt to undermine the investigation, Trump has repeatedly attacked the integrity of the FBI — a horrifying concept in itself. Occasionally, a check on the FBI is necessary — take former FBI Director J. Edgar Hoover, for example. Under Hoover, the FBI experienced inexplicable corruption that necessitated executive intervention. But this is far different. Trump is attacking the credibility of Mueller and the FBI because he is under investigation, not because the FBI is overstepping its bounds. 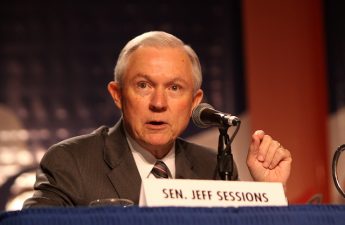 Don’t buy into isolated positive acts — Trump’s administration is still problematicThe new normal after Nov. 8, 2016 has been anything but “normal.” With the election of Donald Trump as president, Read…

What Trump failed to see in the wake of his crusade against his dissenters is that his actions have caused officials who have never been in the spotlight before to step forward and speak their minds. Never before have prominent members from the “big four” made their disapproval with the president so public. Trump has bitten off more than he can chew by eradicating societal, political and presidential norms. Now, his actions have left previously non-partisan officials free to voice their opinions that he is simply unfit for office.

A study Politifact conducted found out of 500 statements Trump has made since the beginning of his candidacy, 69 percent have been false or mostly false. Regardless of his attempts to bury Mueller and the investigation he claims to be “the single greatest witch hunt in American history”—never mind the Salem witch trials — the truth will endure because his word has lost any sense of credibility.

It’s a horrifying day as a citizen when you can no longer trust your president. Growing up, regardless of where you lie on the political spectrum, children are taught that the president is someone with poise, integrity, and a leader among leaders. It’s imperative we elect someone who will restore those values in 2020.