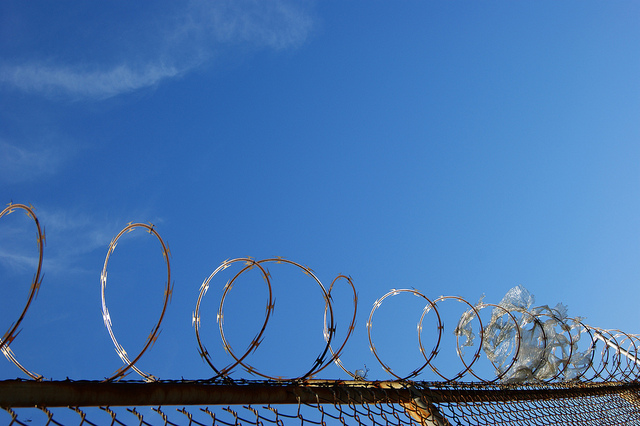 After breaking into a liquor store and stealing a couple of bottles of liquor and gin, 16-year-old Sydni Briggs of Janesville, Wisconsin was arrested and held at Copper Lake School for Girls, a juvenile detention center and sister school of Lincoln Hills School for Boys. Thanks to treatment sustained at Copper Lake, Briggs, now 19, will spend the rest of her life confined to a wheelchair, requiring around-the-clock care.

On Nov. 9, 2015, employees at Copper Lake failed to respond promptly when Briggs pressed the call button in her room, waiting a full 24 minutes to check in on her. By the time they reached her, she had hanged herself with her t-shirt and had no pulse. Staff were able to revive her, but she spent the following four months in a coma and sustained significant brain damage that has left the young woman with the cognitive ability of a young child.

By an expert witness’ estimations, Briggs had only been hanging for two to five minutes by the time Copper Lake employees reached her, meaning she waited for help for 20 minutes, not wanting to attempt suicide, but nobody came to her aid.

On March 21, the state announced that Briggs will receive a nearly $19 million settlement from the Wisconsin Department of Corrections.

In light of Briggs’ tragedy, along with a heartbreaking number of similar incidents and a years-long history of prisoner abuse, child abuse, child neglect, sexual assault, intimidation of witnesses and cover-ups, Gov. Scott Walker announced a plan earlier this year to close Lincoln Hills and Copper Lake schools, and work to reform the juvenile prison system.

But it will not be enough to simply open a shiny new facility with a lower inmate-to-staff ratio. We need to fundamentally reconsider how we treat child offenders.

Our current punitive approach to juvenile detention does not work. According to an article at The Badger Herald, University of Wisconsin psychology faculty associate Patricia Coffey has emphasized the importance of recognizing the difference between youth and adults within the prison system, explaining, “juveniles in the prison system have the potential to change, and are not destined to engage in the same behavior they were before.”

Coffey argues that our failure to recognize the potential youth have to change is damaging and disruptive, “because we’re not motivated to help people change if we don’t think they have potential to change.”

But at places like Lincoln Hills and Copper Lake, employees are often not trained properly, especially in helping those experiencing mental health problems. Studies have shown that our current punitive institutions are actively harming our youth.

The National Center for Mental Health and Juvenile Justice recently conducted a study regarding implementation of their mental health training curriculum, which in their words, is “a specialized curriculum that provides juvenile justice staff with critical information on adolescent mental health to improve their knowledge base and their skills for working with and supervising youth.”

Topics covered in the training include “adolescent development, mental health and substance use disorders, child trauma, treatment, the important role of families and practical strategies for communicating with and engaging youth.”

The center reports around 2,500 staff around the country were trained in this curriculum. A one-month follow-up survey found that more than 70 percent of staff had already implemented significant changes in their interactions with inmates and colleagues and that these changes were having a positive impact.

According to Newsweek, Missouri has spent years reconstructing their youth criminal justice system, refocusing their efforts away from penal measures. Since the implementation of their new practices, the juvenile recidivism rate is only 8 percent — according to the Department of Education, nationally, this rate is nearly 50 percent.

In an interview with PBS, District Attorney for juvenile offenders Kurt Kumli said, “Juvenile rehabilitation is an art and not a science. What works for one kid may not work for another.” This is certainly true. But what we’re doing right now is not working for anyone.

After reaching the settlement, Briggs’ attorney Eric Haag said in a statement, “I would not have settled the case without achieving that goal. This was a very preventable tragedy and her life has been needlessly changed forever.”

Future similar tragedies can be prevented and refocusing the purpose of juvenile incarceration is at the crux of the issue. When Sydni Briggs stole vodka from a liquor store, all she needed was a little bit of help to refocus her personal goals. She should never have been placed in an institution that led her to where she is today.