Believe it or not, campaign finance used to be a nonpartisan political issue. I bet most people who read that first quote probably thought it was from Sen. Bernie Sanders, I-Vermont, or perhaps Sen. Elizabeth Warren, D-Massachusetts.

Surprisingly, the above quote from Sen. John McCain, R-Arizona, came in the wake of the Citizens United v. FEC decision in 2010. McCain led the fight for campaign finance reform with Sen. Russ Feingold, D-Wisconsin, in the early 2000s. But ever since, campaign finance has morphed into an overtly partisan issue.

The College Democrats will inevitably point out that since the Citizens United case, money has flooded into politics. They’re not wrong.

In the past election, President Donald Trump and former Secretary of State Hillary Clinton spent more than $1.5 billion on the campaign trail. An additional $618 million came from Super PACs explicitly supporting the two of them. In 2004, just more than $700 million was spent on the presidential race. 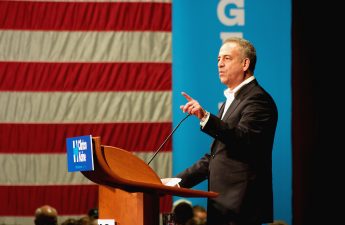 Feingold hypocritical in campaign finance attacksFormer Sen. Russ Feingold finds himself in a difficult spot. A month ago, when it almost certainly looked like he Read…

Our debate over campaign finance will, without a doubt, highlight the differences between what Democrats and Republicans view as the crux of our democracy — freedom of speech and political participation, and equality of representation.

Republicans recently coalesced around the unwavering view that all stakeholders have a right to speak in any medium and for good reason. Free speech is the foundation on which our democracy flourishes.

Democrats and campaign finance regulation advocates worry that corruption, in all its forms, will flourish with more money in politics. That’s a worthy concern. Our government has a compelling interest in ensuring our representatives represent us, not kowtow to their own moneyed interests.

Democrats’ broad view of corruption will curtail interest groups’ attempts to influence their representatives. They want money out of politics and that includes putting extreme limits on spending and prohibiting groups from even putting out ads that try to inform the public.

Neither courts nor the voting public should tolerate that kind of intentional chilling of speech. Every citizen has multiple interest groups that represent their interests. It would prohibit groups like the Sierra Club and the National Rifle Association from representing their interests. It would even prohibit groups like Planned Parenthood, which spent millions of dollars to elect Democrats in 2016.

Issues of free speech aside, evidence shows even if further restrictions were imposed on campaign finance, they would simply not meet their intent.

John Samples, an election scholar at the Cato Institute, debases reformers’ arguments in his book, “The Fallacy of Campaign Finance Reform.” Samples said reformers assume legislators follow the money, but most evidence suggests money follows the legislators. Most donors donate to representatives who already share their views, not the other way around.

The University of Virginia published a paper that shows how campaign finance regulation prohibits challengers from raising enough money to mount serious challenges to incumbents. This poses serious concerns for citizens who are not satisfied with the status-quo coming from their elected representatives. 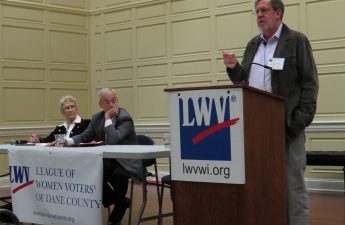 Reformers lack sufficient cause for the courts to rule in favor of the government and they have failed to provide a compelling reason as to why the government should put limits on spending. There is no evidence to suggest that keeping money out of politics will do anything other than keep legitimate speech out of elections and keep incumbents in power.

The College Republicans respect our College Democrat friends’ ideas to make sure every voice is heard in our political system. But campaign finance regulation squashes those very voices. We should be encouraging a marketplace of ideas, not preventing groups from speaking.

Don’t be swayed by their large spending numbers and dystopian images of a ruling aristocracy. It’s simply not happening. Donors allocate their funds to politicians they agree with, which is a right protected under the First Amendment. While those who advocate for campaign finance reform are well-intentioned, such legislation would only infringe upon our rights and produce adverse effects.

Jake Lubenow ([email protected]) is a senior majoring in political science and finance, he is also chair of UW College Republicans.