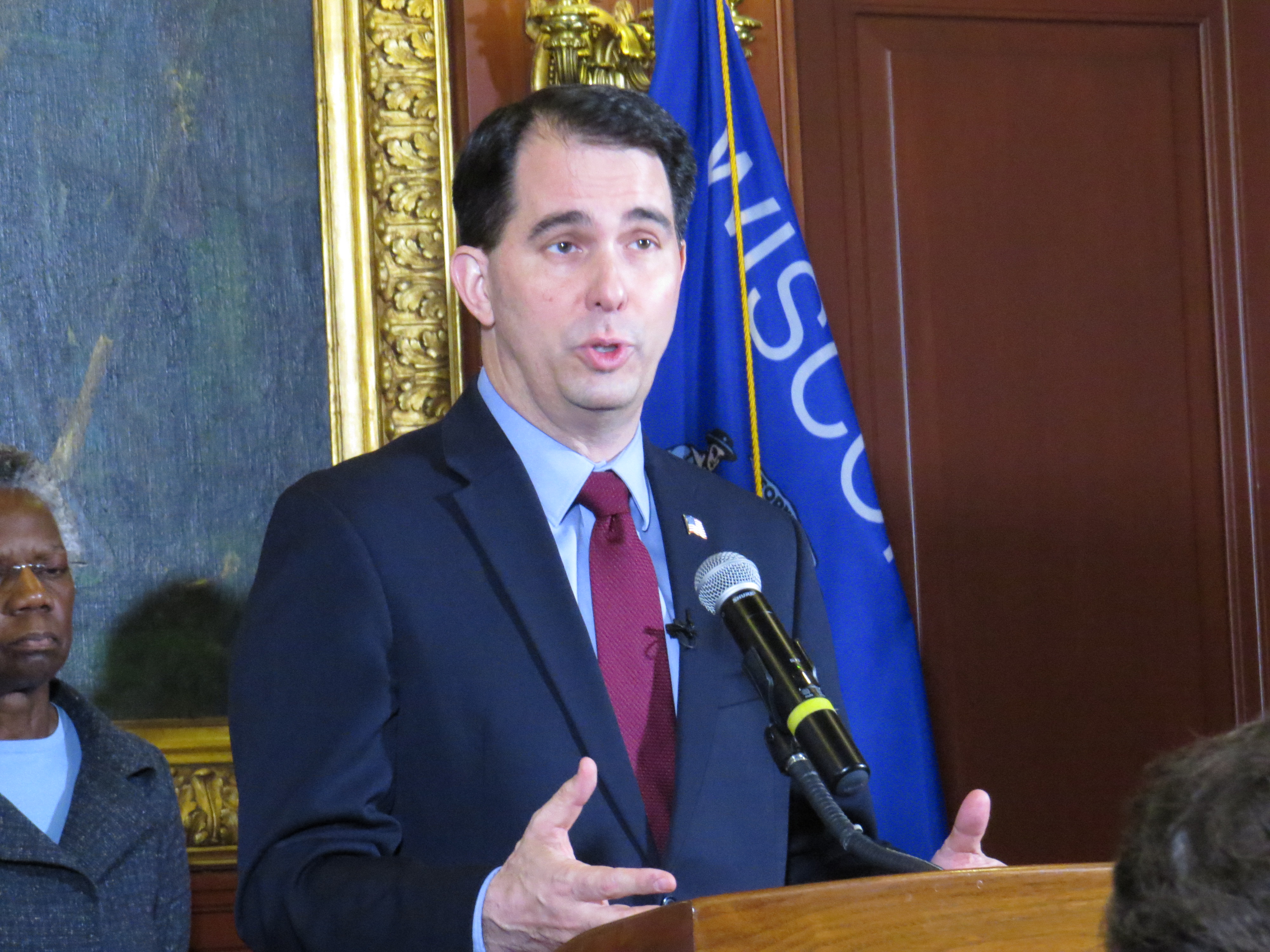 A key part of Gov. Scott Walker’s ambitiously titled “Ambitious Agenda for 2018” is a plan to stabilize Wisconsin’s health insurance market for individuals. Walker unveiled his plan with great circumstance at his State of the State Address, citing the turmoil caused by Republican efforts to eliminate the Affordable Care Act and portraying himself as a pragmatic leader and amenable to bipartisan proposals. He is neither and this proposal should not fool the people of Wisconsin.

The individual health insurance market is in a state of disarray. The Affordable Care Act, aka Obamacare, created these markets so people who don’t receive healthcare from their employers or the government could get coverage. Unfortunately, consumers buying coverage on the individual market could see their premiums rise 36 percent. Walker’s solution centers around utilizing $150 million from the federal government and $50 million in state money to create a “reinsurance program,” essentially an insurance program for insurance companies. The idea is this handout to large insurance companies will stabilize the market and reduce premiums for consumers.

Ideally, the state would help companies pay for high-cost consumers, reducing the burden on the insurance company and ensuring their continued participation in the market. The company would then pass on the savings to the consumer and premiums would not rise as much.

Despite the state’s large contribution, however, Wisconsin taxpayers have no guarantee on their investment. There isn’t a single assurance that insurance companies will actually use the money in a productive manner. Rates will still rise and it’s unclear how much this measure will affect health care costs. It’s a relatively small plan that will have a very little effect on most people in Wisconsin.

The plan’s limited scope has not stopped the governor from aggressively tooting his own horn. Despite a long record of sabotaging common sense health care solutions, Walker portrays himself as some sort of bipartisan visionary — someone who can take the best from both sides and craft effective legislation. It’s nonsense. But don’t expect this delusional self-promotion to go away anytime soon, and don’t expect this measure to have a dramatic effect.

There are real steps the governor could take to drastically improve health care in Wisconsin. Giving states money to expand Medicaid was a key part of the Affordable Care Act. States who accepted this money could expand the number of citizens receiving Medicaid and, as a result, these citizens could have far lower uninsured rates. But Walker, afraid of damaging his conservative bona fides, wouldn’t do it. Instead, he let Wisconsin’s taxpayers subsidize other states while guaranteeing they saw no return. Walker could easily change his mind, but the prospect is unlikely. For some reason, spending $200 million on insurance companies is more aligned with Walker’s conservative principles than spending $200 million on health care for Wisconsinites.

Walker could also open up BadgerCare as a public option for everybody in the state. Estimates show an average consumer who buys coverage on the individual market saves $4,400 using this option. It would have a very real effect on health care in this state, improving access and cost and helping guard against Republicans’ destructive efforts to reverse the gains of the Affordable Care Act.

Unfortunately, Walker will not take these steps to dramatically improve health care in Wisconsin. His plan is designed to score votes in November, not shore up a system in need of assistance. It’s a carefully calculated political move to score votes and improve his image — concerns our governor seems to value above all else.