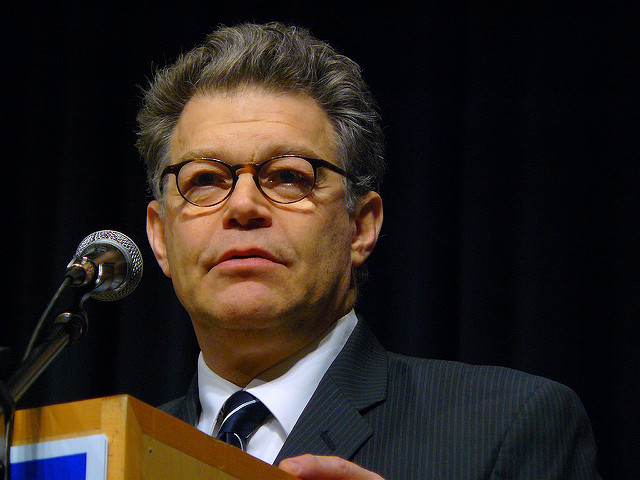 Last Thursday, U.S. Sen. Al Franken, D-Minnesota, announced his intent to resign following a slew of sexual misconduct allegations. The former comedian appeared somber during his final remarks — even a little defiant — as he lamented his resignation, despite the accusations against the GOP-backed Roy Moore, Alabama’s Republican nominee for Senate, and the sitting president of the U.S.

When the Minnesota senator repeatedly groped and forcibly kissed women over the last decade-and-a-half he was not doing so as a democrat, he was doing it as a sexual predator. There is no place for comparisons between him and other predators — we should just be happy for each one we manage to remove from office. For every one of these men that is no longer “serving” the public, there is less taxpayer money that goes to covering one of their settlements.

Of course we should be outraged over the allegations toward the other sitting members of our government, but that shouldn’t weigh in the decision to remove Franken from office just because some may like the way he votes in the Senate.

The political calculations of these moves are evident from the order of operations. First, Rep. John Conyers, D-Michigan resigns — as an elderly member of the house in a sure-fire democratic district, this really took little thought from democrats. Only after heavy pressure from the media and the insistence of U.S. Sen. Kirsten Gillibrand, D-New York as well as six other female Democratic senators, did the Democrats finally ditch Franken. Franken was considered a hopeful presidential nominee and presides over a state that was too close for comfort for Democrats in 2016.

Democrats are outraged at the callousness of Republicans in their handling of the sexual assault allegation whirlwind of 2017. They should be, but not because of any level of “unfairness.” They should be outraged that this country is being served by sexual predators and, depending on the Alabama election on Tuesday, a pedophile. 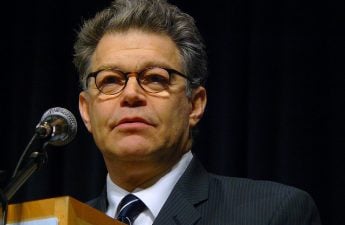 This outrage is as much a political contrivance as the decision to eschew Rep. Conyers and cling to Franken until it became unviable. The Republican party’s cost-analysis of holding onto the presidency outweighs the decision to cast aside a sexual predator, as does winning another seat in the Senate outweigh condemning Roy Moore.

Everyone should be angry at the behavior of our leaders. The anger should be directed individually and not compared across party lines, because politics should be irrelevant when it comes to holding these men accountable.