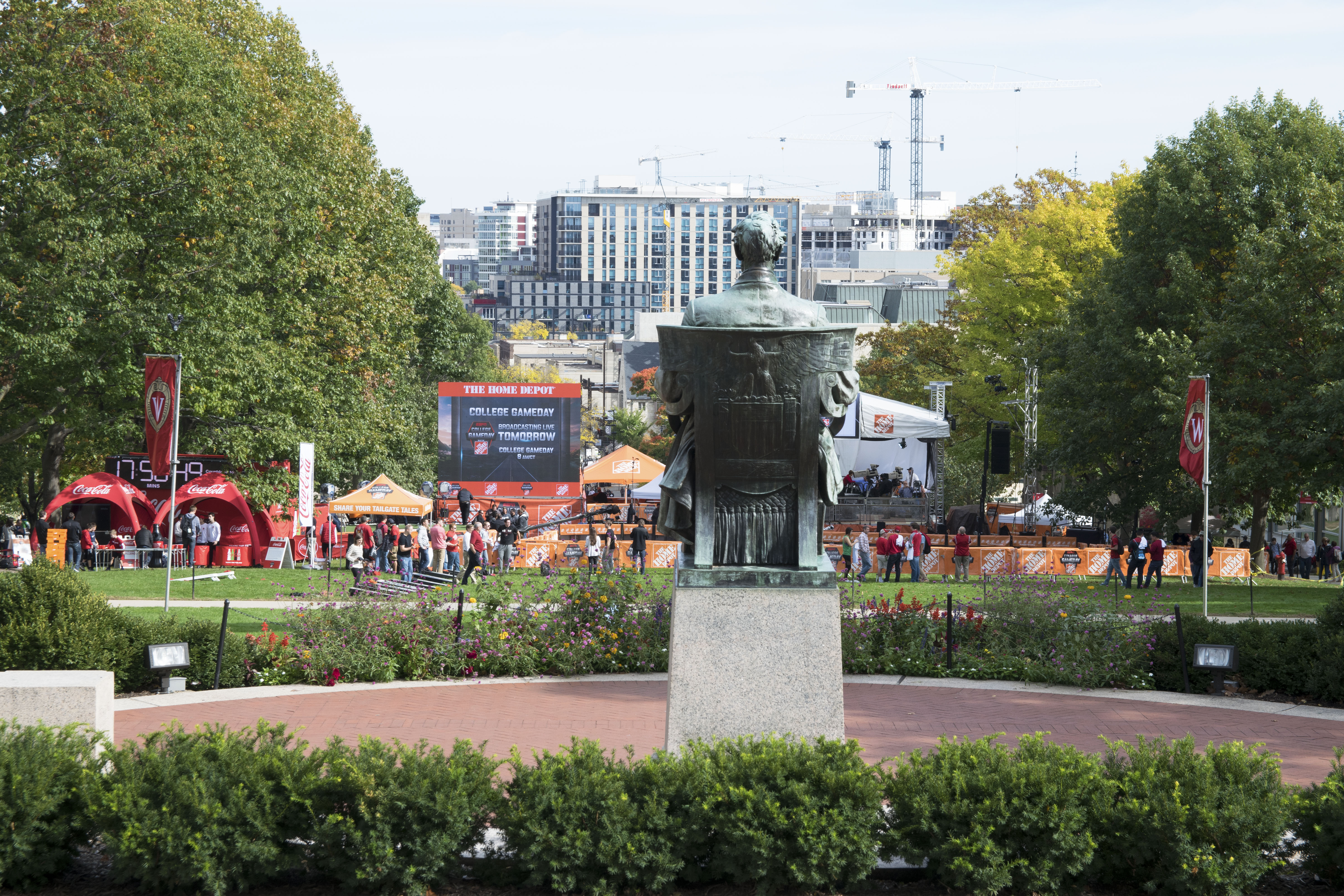 As college students find themselves in the throes of what are arguably the worst three weeks of the semester, where we’re all lulled into false senses of security by the turkey and mashed potatoes we shoveled into our mouths over Thanksgiving and the holiday season on the horizon, it’s easy to forget how fortunate we are all to be in college in the first place.

I know I certainly don’t feel lucky when my alarm goes off at 7 a.m. in the morning or I’m four hours into a night of homework. With this said, having the privilege to study at the University of Wisconsin is an honor that many people do not get, and many do not understand the value of.

In fact, the entirety of the higher education system has come under repeated scrutiny from conservative politicians and become subject to harsh budget cuts, revocation of funding for research and policies inhibiting student rights.

The Republican war raging against higher education (and education in general) is not unique to the party’s politicians. More than one-third of Americans, and six out of every ten Republicans believe that institutions of higher education are harming the country. In a study conducted by Gallup, Republicans are seen as more likely to distrust and dislike higher education because of their belief that universities are too liberal and political, forcing liberal agendas down the throats of students that are therefore not taught the correct material.

Conservatives use this set of beliefs to justify massive desecrations of public universities and higher education systems nationwide. The new GOP tax reform bill, which Republicans claim will drastically reduce taxes for middle class Americans and is not — as Democrats argue — yet another policy that will truly only benefit the upper one percent (a group that the president happens to belong to himself), begs the question of how the government plans on funding a $1.5 trillion tax cut for corporations. The masterplan put forth is as follows: To fund the massive, permanent tax cut for corporations, the government will raise taxes on institutions of higher education and on university students themselves.

These taxes include a more than $60 billion reduction in benefits for universities across the country and force these same schools to increase tuition more than the inflated rates students already are subjected to. In addition, the plan targets graduate students by taxing tuition waivers. As a graduate student at some universities, one is allowed to work either as a teaching assistant or in some other university job in exchange for not paying tuition for their graduate-level education. Nearly 150,000 students across the country benefit from these programs, many of whom will continue to become leading scholars and researchers for their generation.

These 150,000 students are now required to, under the tax reform, count their unpaid tuition as taxable income, a tax increase of somewhere between 300 and 400 percent. This means that, if a graduate student has $30,000 put toward their tuition of $50,000 a year for their work as a teaching assistant, their taxable income is now $80,000, whereas under the current tax law it would only be $30,000. Not only does this discourage students from pursuing further education by burdening already financially vulnerable students unnecessary and wildly expensive tax payments, but it is poised to hurt the economy, as an increase in college degrees would shrink the pay gap and arguably the largest driver of wage growth has been college education.

Blatant taxes imposed on universities is not where the war on education ends. Because a vast portion of the Republican agenda rests on the incessant promise of repealing and replacing healthcare while simultaneously drastically cutting federal funding of healthcare programs such as Medicaid, state governments may be forced to spend more on health and public welfare to make up the difference. To find this additional money, states will potentially entertain the idea of spending less on higher education, meaning that tuition will increase for students.

With tuition at UW already sitting at more than $25,000 a year for in-state students, and approaching $50,000 a year for out of state students, an increase in tuition would discourage prospective students from attending, as well as marginalize students of lower socioeconomic status who no longer are able to afford their education. Paired with UW’s fall in the rankings of best research institutions largely due to budget cuts of funding and problems retaining leading professors and researches as a result, students will be paying more for a poorer quality of education.

Higher education remains a privilege for hundreds of thousands of Americans who have the opportunity and financial ability to attend college. As aforementioned, there are direct links between a more education population and a stronger economy, as education drives wage growth, as well as closes the pay gap between men and women.

As a party that repeatedly bashes the Obama administration and Democrats before him for decimating the American economy, it seems as though the GOP’s latest tax reform will do its fair share of damage to an economy that, much to the chagrin of conservatives, steadily improved under Obama. When looking at the future of jobs in America, President Donald Trump should focus more on white collar jobs that will encourage Americans to get college degrees instead of pointing to the coal industry and other blue collar jobs as industries as bastions of potential in reducing unemployment and increasing the standard of living in rural areas.

In conjunction, the Trump administration needs to understand the detrimental impact its tax reform will have on all students of higher education, as well as on the institutions themselves. Raising tuition to unprecedented levels, imposing arbitrary budget cuts to fund corporate tax reductions and forcing states pull from education funds to fund health programs unfunded by the GOP-controlled federal government will make America trend toward a less educated citizenry, regressing from where a developed country’s society should be.

Education is a privilege, not a right. But, it’s a privilege that should not be exclusively available to the top one percent that not only reaps the benefits of Republican tax reforms, but is able to pay the arm and a leg tuition costs imposed because of them.