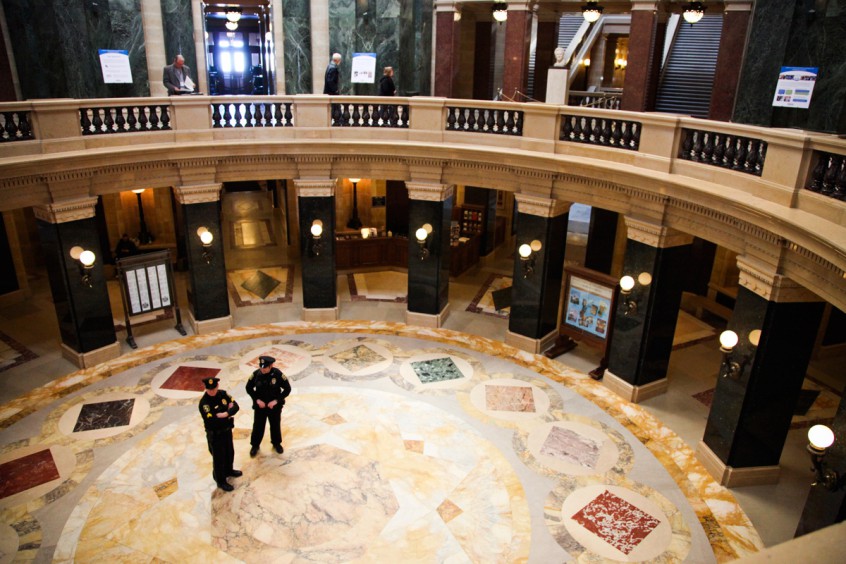 After Associated Students of Madison passed a resolution calling for strategic divestment on the part of the UW Foundation, the campus’ College Republicans put out a statement urging state legislators to disband UW’s student government. According to the Chair of the College Republicans, Jake Lubenow, ASM’s sole purpose is to promote a “radical, progressive agenda that does not represent the student body.” Thus, he claims, we students can do without it.

There is a special kind of irony here. It’s strange to see the College Republicans condemn our student government for its activism, while in the same breath celebrating the most radical state government in recent Wisconsin history. Gov. Scott Walker’s administration’s policy agenda since 2011 consistently contradicts stereotypes about the Republican Party being the party of pragmatism. Our governor and state legislators have, over the past six years, devoted more energy to right-wing activism than to actual governance. When College Republicans criticize ASM without acknowledging the legislative activism that has defined Wisconsin politics for the last six years, they are applying an unfair double standard. 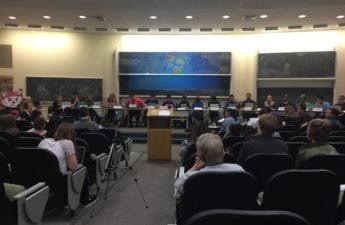 There are a few crucial differences between our campus and state governments, of course. As recent statements by the chancellor confirmed, ASM doesn’t really govern much. A lot of ASM’s decisions are strictly advisory and their most ideological resolutions are mostly symbolic.

Our state government doesn’t do a whole lot of governing either, but not for a lack of power. The governor and legislature are responsible for the administration of the entire state and the welfare of everyone in it. Our state government may be entitled to its right-wing agenda, but its main mission ought to be working to promote the health and economic well-being of Wisconsinites.

Unfortunately, our governor and legislators place a higher priority on party politics and the consolidation of power. The legislature’s irresponsible gerrymandering legislation springs to mind — so does Governor Walker’s ill-fated presidential run, which took him away from his governing duties for much of 2016.

ASM, by contrast, is fairly committed to promoting the health of our campus community. For instance, ASM has done a commendable job in improving food security at UW over the last couple of years. In 2016, the council instituted a campus food pantry. This year, they paved the way for making dining halls food stamp accessible. 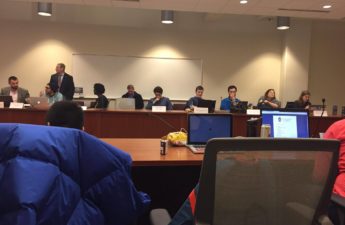 These actions, among others, have made campus a healthier and more accessible place for students from all backgrounds. Our state government, on the other hand, remains ideological on food security. The governor’s perennial quest to drug-test FoodShare recipients (a policy based neither in pragmatism nor in compassion) is typical of Wisconsin Republicans’ approach to community issues of late.

Another important distinction between the two bodies is that ASM terms are much shorter than state-level positions — the make-up of the student council changes yearly. As the student council prepares for its annual changeover, Republican domination over the capitol is pushing well into its sixth year.

Point Counterpoint: ASM is far too partisan to be trusted with allocable segregated feesI’m a Wisconsin kid through and through. I love this state. I love this university. I bleed Wisconsin red. Growing Read…

Liberals have endured half a decade of right-wing legislative activism at the state level. College Republicans should be able to survive a year of progressive radicalism in student government.

Unfortunately for Lubenow and company, they failed to see the irony in asking one activist government to disband another. This attempt at eroding the student democracy at UW is an embarrassment, and seems more like a desperate attempt at relevance on a liberal campus than a real policy solution. Next year, College Republicans ought to take a page out of Walker’s book and find a way to win elections, rather than blaming the system every time they take a loss.