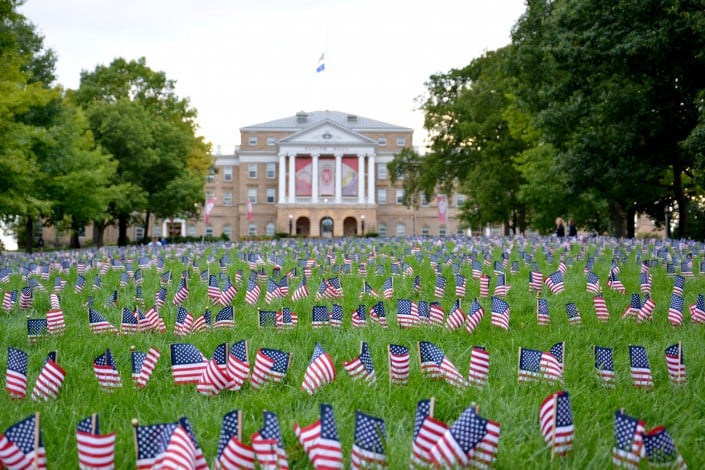 “The price of greatness is responsibility … one cannot rise to be in many ways the leading community in the civilized world without being involved in its problems.”

These are the words of Winston Churchill, from his convocation speech at Harvard University September 1943.

On April 4, a chemical attack was launched in the rebel-controlled Idlib province of Syria against civilians. Initially, 70 people were reported dead, including 10 children, leading to horrific images of corpses and crying family and friends circling across social media. Activists who survived the gas attack said the brutal regime of dictator Bashar al-Assad launched it.

Rhetoric surrounding Syrian airstrikes is remarkably hypocriticalIf you have turned on the television over the last week, you may have believed at first glance the U.S. Read…

Naturally, Assad and his allies in Russia denied ordering the strike, but evidence began to mount that his forces did launch the gas attack. The American military and intelligence communities intercepted communications between members of the Syrian military and chemical experts related to preparing for the Sarin attack.

This attack came months after a NPR interview in which Susan Rice, who served as national security adviser in the Obama administration, talked positively about being able to find a “solution that didn’t necessitate the use of force.” Some diplomatic achievement.

After constant warnings of “red lines” by the previous administration on crimes against humanity, the Assad regime finally received its due, courtesy of President Donald Trump. Warships launched 59 Tomahawk missiles at the Shayrat airbase where the gas attack originated. According to Secretary of Defense James Mattis, the strike destroyed one fifth of the military’s aircraft.

The “red line” has finally been enforced, and for a good reason.

The civil war in Syria has claimed the lives of nearly 500,000 people and has led to an overwhelming refugee crisis in Europe. Something had to be done. Now, the world is beginning to realize the Trump administration is willing to go further than the Obama administration ever could.

Trump also proved he can learn on the job and listen to other people, despite initial disagreement. Before becoming president, he opposed intervening in Syria, but it is now obvious he thoughtfully considered all the advice he received from his staff and decided it makes more sense to take an aggressive approach against these genocidal thugs. His decision to launch a missile strike indicates he is a humble president with flexibility, a crucial characteristic in such turbulent times.

Across social media, Syrians are hailing Trump as a hero and giving him the nickname Abu Ivanka (“Father of Ivanka”) as a sign of respect. The Telegraph reported a Syrian man is naming his restaurant after Trump and an opposition activist said he wanted to name his son after him.

Trump’s strike against the Syrian government has brewed debate over America’s role in the world. It was the topic of conversation at the Wisconsin Union Directorate Society and Politics Committee’s student-led discussion at Memorial Union.

There are concerns regarding the U.S.’s increasingly interventionist role in the world, what the strike could mean for Russo-American relations and the financial implications of committing ourselves to global security. In fact, many critiques regarding Trump’s decision to attack Syria come from his biggest supporters.

First, the U.S. should be vigilant in world affairs, as has been the case ever since the end of World War II. There is no replacement for the U.S. No other country holds our values and has the ability to take the role of superpower; it has to be us.

Second, a powerful military guarantees protection over the global economy. Spending hundreds of billions of dollars on our armed forces gives the U.S. the ability to establish bases across the world and protect essential trade routes. 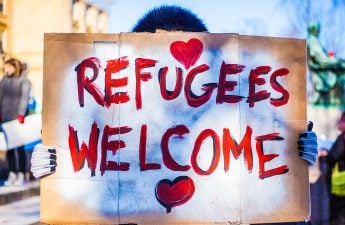 Facts speak louder than words: Syrian refugees have never been a threat to AmericaThe Syrian refugee crisis has become one of the most important issues in western politics over the last two years. The Hungarian Read…

When it comes to military spending as a percentage of GDP, the U.S. spends far less than it did during the Cold War. The wars in Iraq and Afghanistan cost the country far less than government spending elsewhere. The Costs of War Project at Brown University found from 2001 to 2016, we spent $4.792 trillion, but national debt rose from $5.8 trillion in 2001 to almost $20 trillion today. Our skyrocketed debt simply cannot be attributed to the Department of Defense.

Isolationists claim we should focus on domestic affairs, but presidents have always proven they can do both. In the midst of the Civil War, then President Abraham Lincoln both approved the creation of the transcontinental railroad and allotted land grants to American universities (including, of course, the University of Wisconsin). Former President Lyndon B. Johnson managed to pass monumental civil rights legislation while escalating the Vietnam War.

The missile strike on Syria and the MOAB bomb strike on ISIS can reassure a concerned world America is back.

This country is a great country because we stand up against the enemies of freedom and do not back down until they’re defeated. As Churchill noted at Harvard, a country cannot be great without also having responsibilities. Thank God Trump understands that.