As a Muslim, the column published in the Daily Cardinal on March 13 was disrespectful to say the least. Kort Driessen submitted a piece riddled with falsehoods that went beyond normal criticisms of Islam and verged into dangerous, unfounded rhetoric. His entire argument on why the term “Islamophobia” should not be used was based on misconceptions about a religion he knew nothing of to begin with. It’s important to note those misconceptions are a result of years of propaganda spewed by western media to serve the purpose of politics, but that is a story for another time.

For the sake of simplicity, it is profoundly important to highlight one misconception in the column that anybody with an average IQ and average reasoning skills should dismiss. If the religion of Islam is truly as evil as Driessen made it out to be, why does the Pew Research Center report that there are 1.6 billion adherents around the world today? That constitutes 23 percent of the world’s population. Surely, it is statistically impossible for all those human beings to be innately horrible.

In the bluntest of terms, if the world’s second-largest religion supposedly called for “the death of unbelievers, and for apostates to be slain,” we would all be dead. Islam is not a religion of violence; Islam is a religion of tolerance and peace. If Driessen and people who share his opinion were to open a Qur’an, they would see that. However, you can’t make people see with their eyes what they aren’t willing to accept in their hearts beforehand. 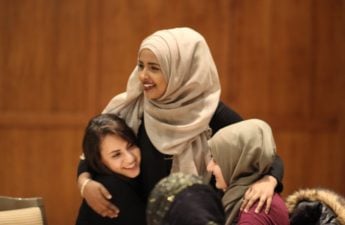 What I’d like to make clear, however, is that I am well aware those verses in the Qur’an exist. But you cannot cherry-pick random phrases from a complex holy book, taking them out of context to serve your ill will. As soon as you do that, you mirror the actions of Islamic extremists who use misinterpretations to further their goal of inciting hatred and inflicting pain.

One example I’d like to use as evidence, which was mysteriously missing in Driessen’s column, can be pulled directly from the Qur’an. In the Chapter of at-Tawbah (Repentance), the fifth verse states, “But when the forbidden months are past, then fight and slay the Pagans wherever ye find them.” Almost all Islamic authorities agree this was an instruction given by God to the Prophet Muhammed and relates to a limited time frame. As it played out historically, war between the Arabs was halted for a period of three months. In those three months, if any violence occurred, war would continue.

The Arabic article “al,” which supersedes the Arabic word for pagans or disbelievers, means “the” and refers to a specific group of people in a specific context. The verse is commonly referenced as the verse of the sword, used by “alt-right” fanatics as a means of tarnishing Islam’s image.

It’s interesting they always ignore the verse that comes after it, which directs, “And if anyone of the idolaters seek thy protection, then protect him […] and afterward convey him to his place of safety.” The second verse doesn’t support the “alt-right” narrative, does it?

Clearly, it is difficult to understand the Qur’an completely if you do not know the Arabic language. Linguistic aspects such as this one play a huge rule in determining a verse’s meaning. The order in which the chapters of the Qur’an were revealed to the Prophet Muhammed matters in terms of interpretation. When, where, how and why the verses were revealed also play a huge role in understanding the commandments. Qur’anic scholarship is reserved for theologians of the utmost historical knowledge and education in the Arabic language.

Interpreting the Qur’an is not an easy feat by any means. It is a centuries-old tradition that even I, an Arabic-speaking Muslim, cannot claim. This showcases the hilarity in Driessen from Seymour, Wisconsin, trying to act as the primary interpreter for a holy book that is not his own, while also failing to provide quotes from the Qur’an for support. His lack of effort is almost insulting. 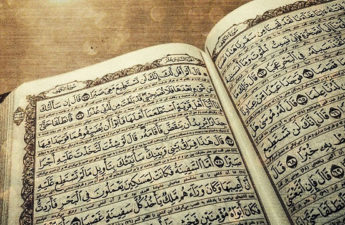 The overwhelming majority of peaceful Muslims bring true message of Qur’an to lifeLeviticus 20:13 explicitly demands that he who sleeps with another man is to be put to death. From this, am Read…

I truly would like to believe Driessen wanted to have an honest conversation about Islam. But conversations and discussions are not one-sided, and I highly doubt he has consulted any Muslim cleric or individual on this topic. I encourage him to reach out to any member of the Muslim Student Association here on campus to discuss his fear of Islam. We would be happy to explain why his viewpoint is problematic.

However, I completely agree with Driessen on his point that conversations about Islam are important. As his article proves, it is vital for the Muslim community to dispel the fear and stigma associated with our religion in order to move forward as a society.

It is also important to distance the image of ISIS from the words of the Qur’an. Their disgusting ideologies could not be more of the anti-thesis of Islam. The mass terror and the mass murder they have conducted cannot be done in the name of Islam. Under no circumstances do they reserve the right to call themselves Muslims.

Thus, by painting a tremendously large community with one brush, Driessen plays into ISIS’s hands. Their primary goal is to strengthen the rift between the Islamic community and the rest of the world, because they flourish on that fear. It is increasingly important to bridge that divide and work together in order to annihilate this terrorist organization.

By his own definition, Driessen does not see himself as an Islamophobe. But I’d like to remind him fear breeds anger breeds hate, so being conscious of his own biases and limitations is essential in keeping him from delving into anti-Muslim bigotry. It is also required, as he put it, to remain “firmly against any person engaging in an activity so vile as that.”

Nada Elmikashfi ([email protected]) is a junior majoring in genetics.