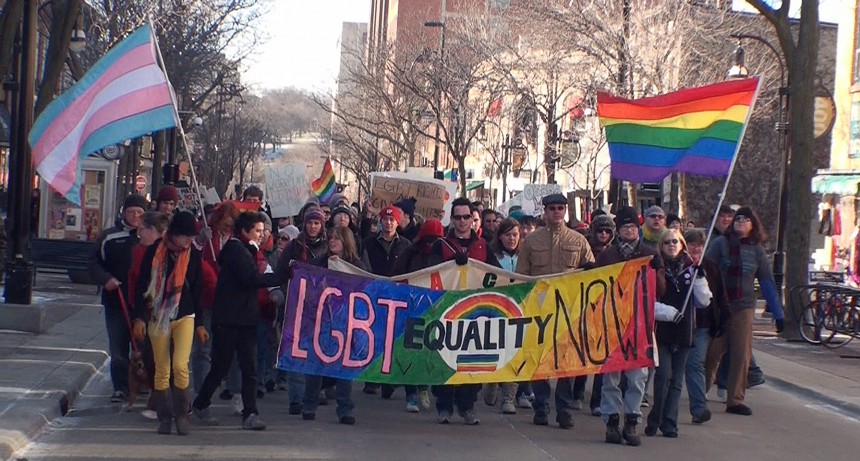 President Donald Trump has been in office just over a month and to say it’s been a bumpy ride thus far would be the understatement of the year. Trump’s latest action attacks a bill passed by the Obama administration in May of 2016 which directs public schools to allow transgender students to use the bathroom corresponding with the gender they identify with, instead of the gender they were assigned at birth.

Obama interpreted Title IX of the Education Amendments Act of 1972, which prohibits discrimination based on sex or sexual orientation in education, to encompass gender identity disputes. It therefore allow transgender students to use the bathroom corresponding with their gender identity.

But a federal judge in Texas upheld that state’s “bathroom bill” and therefore prohibited the immediate implementation of the bill nationwide.

Trump, with limited support within his administration, declared Obama’s bill to have been “improperly and arbitrarily devised” and to disregard the state’s right to set educational policy. Trump proceeded to rescind “the bathroom bill,” giving the power back to the states and individual schools as to the policy they want to put in place regarding transgender students.

This decision is troubling for two reasons, the first being that Trump directly went against the wishes of multiple officials within his administration, including Secretary of Education Betsy DeVos, in making this decision, as well as contradicting himself and his stated beliefs regarding the LGBTQ+ community.

DeVos, who has been a quiet proponent of gay rights for years, was vocal about her concern of repealing the bill, going so far as to refuse to sign off on Trump’s rollback. In a statement issued Wednesday, DeVos made her unease with Trump’s order apparent.

“We have a responsibility to protect every student in America and ensure that they have the freedom to learn and thrive in a safe and trusted environment. This is not merely a federal mandate, but a moral obligation no individual, school, district or state can abdicate.” <– cite 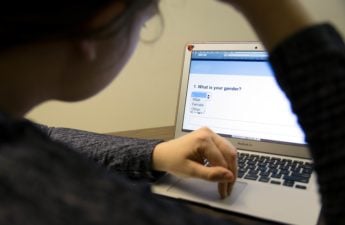 Sweeping DeVos’ concerns aside, Trump and Attorney General Jeff Sessions pushed ahead with the order. As Secretary of Education, it is DeVos’ job to make key decisions when it comes to public education in this country. Whether or not she’s qualified for this position is a whole different argument. Regardless, her position puts her in charge of the future of education, yet here she is, making a decision, only to be shoved aside by the school-yard bully, Trump, because she said the wrong thing.

What’s the point of having a secretary of education, or any cabinet members really, if the only reason they’re there is to blindly agree with every decision Trump wants to make? DeVos attempted to stand up for a minority group of students who are already persecuted by their peers, only to be told to sit down and shut her mouth, so Trump could strip these students of even more rights.

Does Trump really even believe in this order himself though? Considering just last April, Trump made a statement during his presidential campaign in favor of “the bathroom bill,” saying transgender people should be allowed to “use the bathroom they feel is appropriate.” It would appear the answer is no.

Granted, people’s opinions can change over time, but there is little excuse for Trump doing a complete 180 on such a controversial issue in less than a year, except for the immense pressure being exerted by multiple members of the religious right Trump surrounded himself with.

The second major issue with Trump’s order is how it will affect transgender students nationwide. While pinning down an exact number of transgender students nationwide is difficult, a survey of Dane County shows that of the 18,494 students surveyed, 1.5% identified as transgender. Therefore, around 277 students in Dane County are going to be told they cannot use the bathroom of the gender they identify with because, why? Some religious conservative politicians don’t think LGBTQ+ students should have the same rights as cisgendered students? 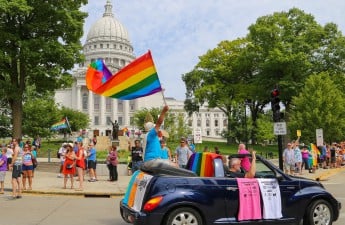 Asking a transgender student to go into the bathroom of the gender they were assigned at birth is no different than asking Trump to use the women’s bathroom. I can guarantee that no one is going to ask him to do that, so why is he now allowing states to tell thousands of students that they have to?

Using a bathroom at school should not be a terrifying, embarrassing or stressful experience for any student, regardless of their sexual orientation or the gender they identify with. School is already difficult enough for transgender students, with 75% of transgender students reporting that they feel unsafe in school.

By rescinding Obama’s “bathroom bill,” Trump almost certainly will add to the ostracizing of transgender students from their peers, which is the exact opposite of what politicians and educators should be striving to do.