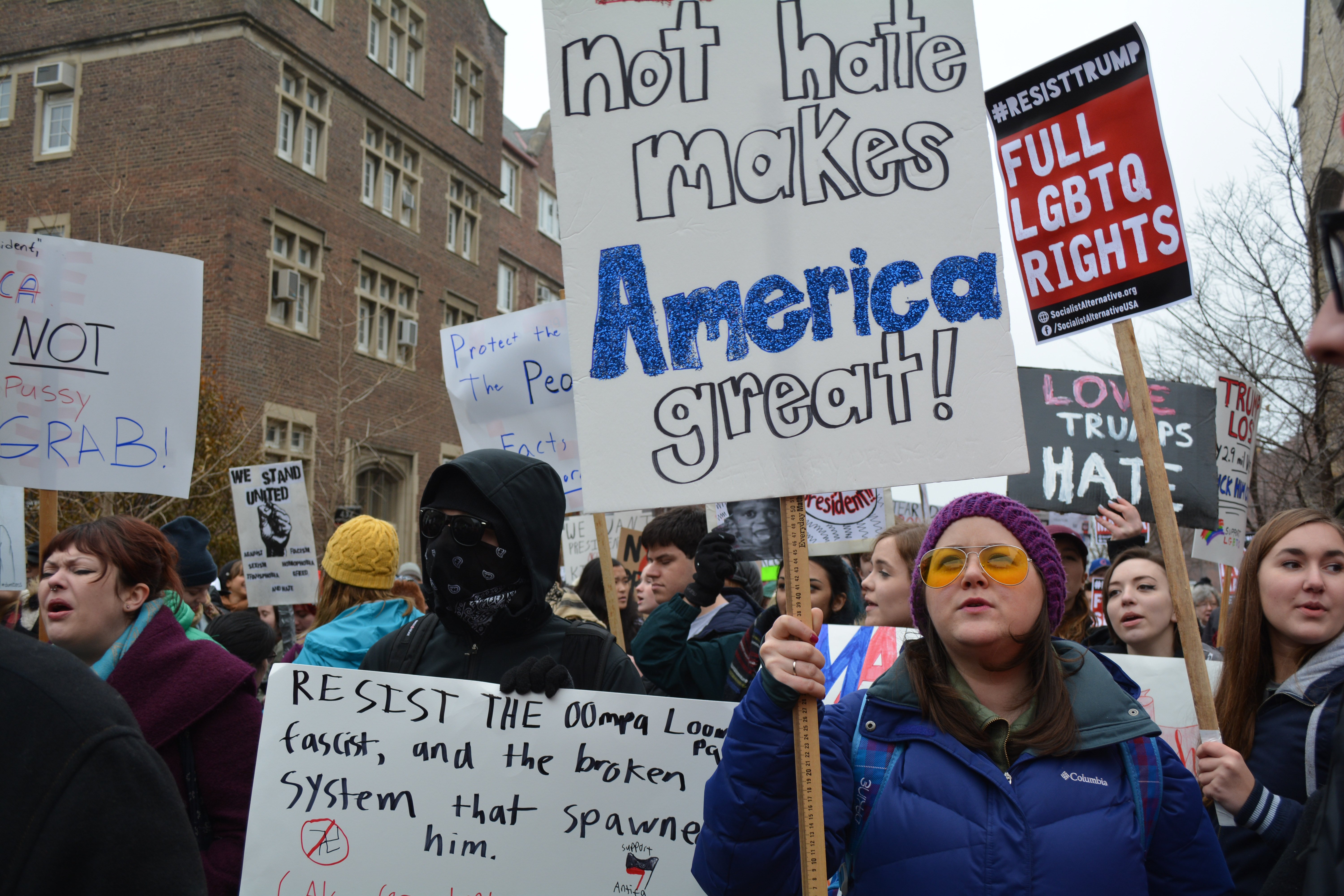 At one point in his inauguration speech, President Donald Trump spoke the words “No one should be afraid.”

Except today, fear is everywhere. It was possibly the one uniting theme of this election and the one thing we can be sure will be constant throughout Trump’s four years in office.

Fear-mongering has been a constant in Trump’s campaign since the day his campaign started. He gained popularity preaching about Mexican “rapists” and the need for a big wall to keep away all those bad people.

The theme became even more prominent at the Republican National Convention. Trump constantly talked about the need for law and order. Former New York Mayor Rudy Giuliani gave a rambling speech about how war with Islamic Terrorists was waiting at our doorstep.

Almost every single speaker managed to talk about crime and drug problems in our “inner cities.” Never mind the fact crime rates are at a 20-year low. The Trump administration works off their own “alternative facts.” 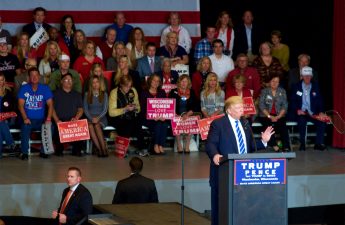 If this country is really going to be great again, we must uniteI write this while residing in Wisconsin, a key state that voted to elect Donald Trump. More specifically, I write Read…

This is how Trump operates. It is how he gained the support of millions of Americans. He paints a scary picture of America and of the world. The world is a shaky, evil place only he can save us from. Trump created fear among Americans, and sold himself as the night light that would help us survive the night of terrors.

There is just one problem with this — it is backward. Trump is not the night light that will comfort us, he is the monster underneath our beds. He is the darkness that lurks inside of each of us. He is everything wrong with America rolled up into one ugly, orange package.

Trump spoke of “the American carnage” during his inauguration speech, of “rusted out factories scattered like tombstones,” of “crime, and the gang, and the drugs.” There was no mention of unemployment rates being back under 5 percent, or the fact crime rates are trending in the right direction.

Trump’s picture of America is built on fear, and he and his cronies slide in their “alternative facts” to back up the scary image they want to portray.

In a large part, his voters are afraid of our uncertain future. They do not know what their place will be in an evolving and increasingly global economy. That’s why they want to “Make America Great Again.” That’s why Trump’s pledge of “America first” comforts them. 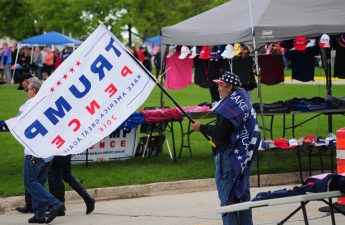 Liberals, if you’re waiting to see Trump fail, you’ll be waiting a whileAs I expressed in a previous column, President Donald Trump was not my first choice. I first supported Gov. Scott Read…

In an ironic twist, Trump’s pledge of “America First” may go against some bedrock Republican ideals. Republicans (at least as I understood them before the Tea Party takeover and resulting shift further right), believe in the market’s ability to correct things. Yet Trump wants to renegotiate trade deals to give American producers an advantage, at the cost of consumers.

Trump is scary for me as an American for two reasons: the present and the future.

I am afraid of the shape he will leave our environment in. After appointing a climate change denier to the head of the EPA, he had the White House take down its page on climate change.

But I am most afraid of what the election of Trump says about the citizens of United States of America. I do not know how to reconcile the fact we have elected a man who did the things he has done.

The populist revolution sweeping across this country is no joke.

And it would be one thing if Trump was a president for the common man. But he is not. His cabinet is full of billionaires like him. He has swindled the American public.

Why are so many of us so ready to believe his lies? Because we are afraid. But fear is natural. We cannot run from it, and hope a big billionaire will protect us.