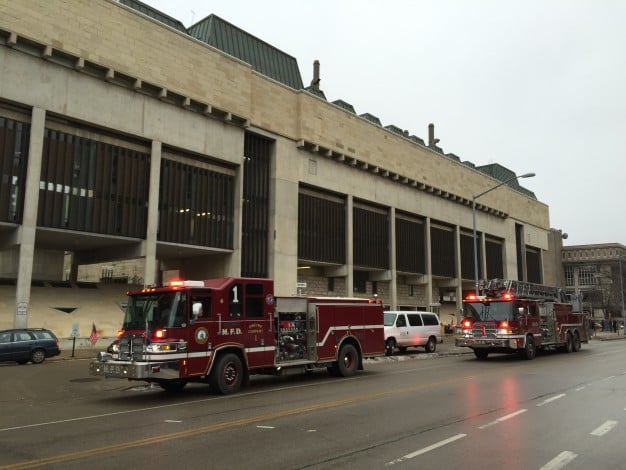 Simply put, the Humanities building sucks and we need a new one.

I cannot tell you how many times I’ve heard people complain about Humanities and I’ve actually defended that decrepit old building.

“It’s not that bad,” I always say as I look up at rotting ceilings likely filled with asbestos.

In the past, I’ve been pretty quick to try to explain to people the logistical nightmare that would be replacing that building. 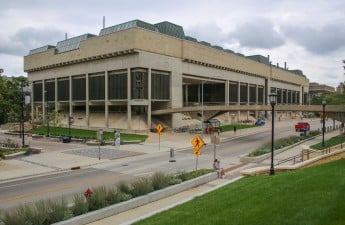 Debunking the bunker: Is the Humanities building ‘riot proof?’If you’re like most Badgers, the words “George L. Mosse Humanities Building” likely don’t inspire immediate joy in your heart. The Read…

To be clear, it would be a nightmare.

Just tearing it down in the first place could cause mayhem. As we all know, that section of campus is almost always crowded and trying to take down a massive building without causing increased traffic or damage to the surrounding area might be impossible.

Then, of course, there is the issue of money. The simple fact is humanities alumni just don’t make that much money (sorry mom and dad). After graduation, we don’t have the cash to donate to the university so it can improve our facilities like the business school does. Thus, the burden of the astronomical construction costs for something as massive as a new humanities building might rest solely on the university.

Add in the months and possibly years it might take to construct a new building, making life far more difficult for students, faculty and administrators and it honestly might feel like it’s just not worth the effort.

But at some point, the leadership of this university have to realize that having a building like Humanities on our campus is embarrassing to the University of Wisconsin.

I still remember sitting in a classroom in the basement of that retched building, waiting for class to start as our professor told us about his time teaching at another university.

While he didn’t complain about the Humanities building, he did talk about how different things were when he taught in a building that was well cared for and didn’t cause problems for faculty and students trying to teach and learn.

Earlier that same week, I attended a class on the ground floor of Humanities where the ceiling leaked the entirety of the class and the floor was flooded, so our feet splashed a little bit with every step.

This is, despite Gov. Scott Walker’s best attempts, still a world-class university.

The professors and teaching assistants are some of the brightest minds in the world today.

UW graduates who spent most of their academic career in the humanities building have gone on to serve in Congress, as diplomats, musicians and world-class historians.

If presidential candidates were UW campus buildingsNo matter your political alignments, there’s no denying that this campaign season has had about as much drama as the latest Read…

While they might not have professions that make $1 million a year, they do make very real, often very positive impacts on our world.

My instructors and peers deserve a quality space to learn and teach. They do not deserve a dingy, mold-infested concrete prison that is easier to get lost in than the toughest of corn mazes.

I know the money simply isn’t there right now, so calling for this is kind of unfair to UW’s administrators who have already done a pretty incredible job of stretching the money we do have.

But please, at least before I graduate, have another discussion about giving us a new place to learn.