In the wake of Thanksgiving, Americans have come to expect an unusual “holiday” in which they satisfy not spiritual or religious tradition but their burgeoning consumer needs — Black Friday. This holiday only perpetuates the idea that American media has created a materialistic, and therefore wasteful, society. A society where a person’s worth is based off of how many goods they own is detrimental to not only the environment, but the individual.

Black Friday dates back to the 1950s, when police officers in Philadelphia coined the term to describe the uncontrollable mobs of football fans who stormed the city the day after Thanksgiving for the annual Army-Navy football game, and flooded shopping malls to kill their spare time. Ever since then, the Friday after Thanksgiving has become the unofficial kickoff to a weekend-long festivity of deals and doorbuster steals. Retailers quickly realized the massive revenue they could incur with this type of event, leading to increased advertising and incentives which contribute to the ever-growing success of Black Friday today. 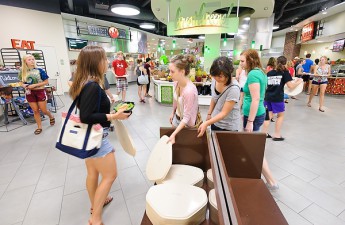 As climate change becomes reality, UW students must reevaluate wasteful lifestylesIt has been more than two months of living the university life, and I’ve met people from nearly every major, Read…

Unfortunately, this event leads to some unnecessary turmoil and has left people trampled and injured from the rush into stores. How did it get to the point where this kind of behavior is okay, even normalized?

Consumerism is wrecking our conscience. We live in an age where the more name brand clothing you own, the fancier food you can buy and the more expensive your TV and cars are determine your worth and placement on the social totem pole. Worse, this need for more is propelled not only by celebrities but by the increasingly “average” people flaunting their purchases through photos or YouTube haul videos, posted online for the world to see.

It may be a bold statement, but I attribute jealousy and brainwash to the glamour of materialism normalized to the point where some people feel the need to fight for a TV set. While the majority of Americans do not condone this activity, we must understand that American society and media has created madness surrounding these materialistic motives. 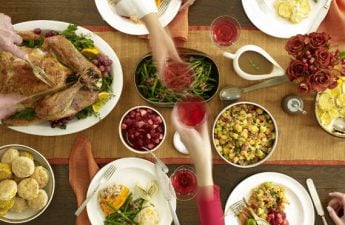 I understand that retail therapy can bring us short-term joy. But with a close look into a human mind, you can conclude the best sources of happiness to be through self-growth, cultivation of knowledge and relationships.

I don’t mean to preach. Still, I’m patiently waiting for the day when this realization sets in and blossoms into a world-wide epiphany. Only then can we live freely without counting down days to the next holiday sale.