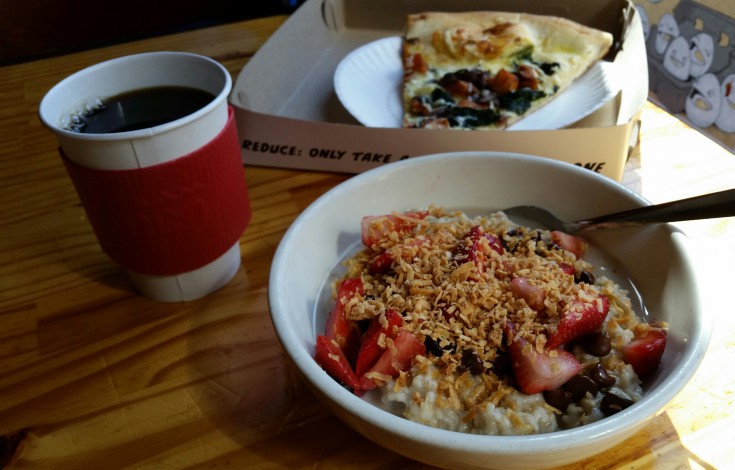 This past January, the U.S. Agriculture and Health and Human Services Departments released their 2015 Dietary Guidelines. What should be a holistic guide to health in the U.S. has, now more than ever, succumbed to the powerful influence of special interests.

The Dietary Guidelines aren’t serving the interests of you and me. While food industry lobbying is no recent phenomenon, the scale of influence over the guidelines is staggering. The meat industry alone spent almost $4.5 million on lobbying efforts in 2015. Their hard work paid off when language supporting a plant-based diet were erased from the initial draft.

The blow was felt by animal activists everywhere.

The influence that the U.S. Dietary Guidelines has on American lives cannot be understated. They directly affect federal food, nutrition and health policies, guiding decisions ranging from your doctor’s dieting advice to menu-setting for school cafeterias.

They impact the diets of millions of Americans. Food producers, manufacturers and sellers sat at the edge of their seats waiting to hear whether or not their product would be recommended for heightened consumption.

The meat, dairy and egg industries had cause to celebrate as the final draft eliminated concerns over sustainability as well as put an end to the suggested limit to cholesterol consumption. Why the change between the initial and final drafts? The answer is clear. Dietary Guidelines that favor sustainable, low-cholesterol foods would devastate the meat, dairy and egg industries. Knowing this, industry lobbyists intervened.

There is no question that animal agriculture is detrimental to our environment. It is responsible for more greenhouse gas emissions than transportation, contributes to water pollution through its incredible amounts of waste and requires far more resources than the production of plant-based foods.

Unfortunately, the sustainability conversation was cut short when Congress decided to restrict the scope of the Dietary Guidelines to solely nutrition. This clear obstruction of informed debate is not only a crime against American consumers, but also a crime against our planet.

Beyond the elimination of sustainability concerns, strings were pulled by the American Egg Board in an effort to boost demand for eggs in the U.S. The link between egg consumption and high cholesterol has long been a sore topic for the egg industry.

The 2015 Dietary Guidelines replaced the 300 mg cholesterol cap, which was passed in 2010 and resulted in decreased egg consumption, with the vague instruction to “eat as little dietary cholesterol as possible.” By eliminating the suggested cap, the American Egg Board successfully secured future profits, as well as future lifetimes of misery for egg-laying hens, 95 percent of which are raised in cruel battery cages.

As informed students of University of Wisconsin, it is up to us to craft our own opinions on what we eat and take the 2015 Dietary Guidelines for what they are — a daily serving of industry lobbying served with a side of special interests. Together, we can improve our health and protect our planet by shifting towards a plant-based diet, regardless of what the Dietary Guidelines recommend.