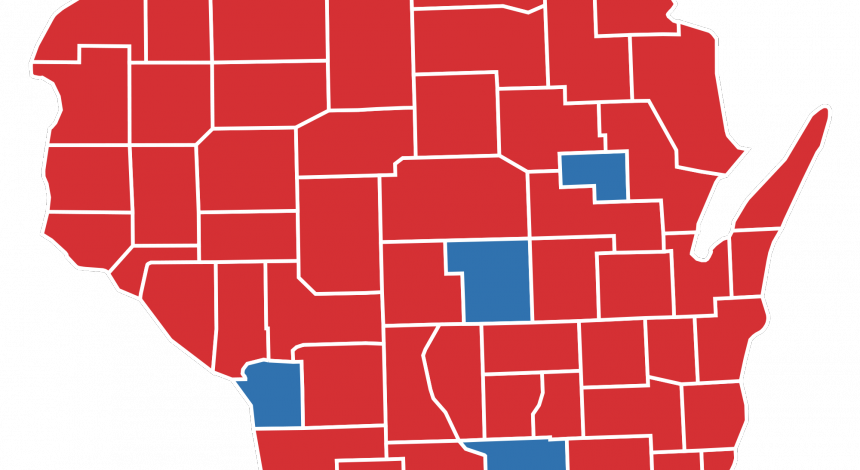 I hate to be the bearer of bad news, but in the state of Wisconsin, genuine electoral democracy has died, or at the very least is on life support.

The state of democracy in America’s dairyland did not come to this point naturally; it was pushed off the cliff by the state’s Republican lawmakers for their party’s personal gain through a method known as gerrymandering.

A study by Stanford professor Simon Jackman stated that Wisconsin’s current gerrymandered districts will always have a disadvantage toward Democrats.

This is not surprising considering the shit show that occurred after the 2010 elections where Republicans swept the Legislature in Wisconsin, giving the party unmitigated control of the redistricting process.

Legislative voting districts, both state and federal, were heavily altered. Take for example Wisconsin’s 7th congressional district, which has been represented by Congressman Sean Duffy, R-WI, since 2011. The district covers most of Northwestern Wisconsin, and had a tendency to swing between the two parties during elections.

In fact, prior to Duffy’s victory in 2011, the seat was represented by Congressman David Obey, D-WI, since 1969. This is what the 7th district looked like prior to the 2011 redistricting.

Republicans ensured Duffy an easier re-election bid by excluding left-leaning cities from the district, which were historically part of it, and including conservative areas which had never been in the district.

The college town of Stevens Point was completely drawn out of the district, as were the northern areas of Eau Claire and its surrounding area.

Newly included within the district were Vilas, Florence, Forest and the past-excluded parts of Oneida and Langlade Counties, areas where support for the Republican Party is strong. Here’s a map of the 7th district after the Republicans gave it a makeover.

These policies were exacerbated when applied to state districts. Some were “packed,” which means voters who favor a certain party were packed into one district, making the surrounding districts more competitive.

Others were “cracked,” which means voters who favor a certain party were spread between multiple districts, wasting votes that would’ve been valuable to the opposition in a competitive district.

Packing and cracking assured the Republicans would be the favorites in all legislative elections for the next 10 years.

In 2012 — the first election with the new districts —Wisconsinites favored the Democratic Party in the state legislative elections by 168,000 votes over the Republican Party. But Republicans still retained their majority in both houses, with a 63-36 advantage in the Assembly, and a 19-14 advantage in the Senate.

It’s odd for a party who fervently supports an economic system based on competition to be adverse to competition in democracy.

The point of elections is for the outcome to be unknown before the counting of the votes, but in Wisconsin this is not the case when it comes to legislative elections.

Competition is as good in politics as it is in economics. It forces the parties to come to the middle and make agreements, it weeds out zealotry and it ensures the political crème de la crème become the lawmakers of our state.

Without it you get the status quo, a state gripped in partisan deadlock. Luckily, democracy can be revived from its death, but without help from the Supreme Court, it is hard to see how America’s ingenious invention can be resuscitated.