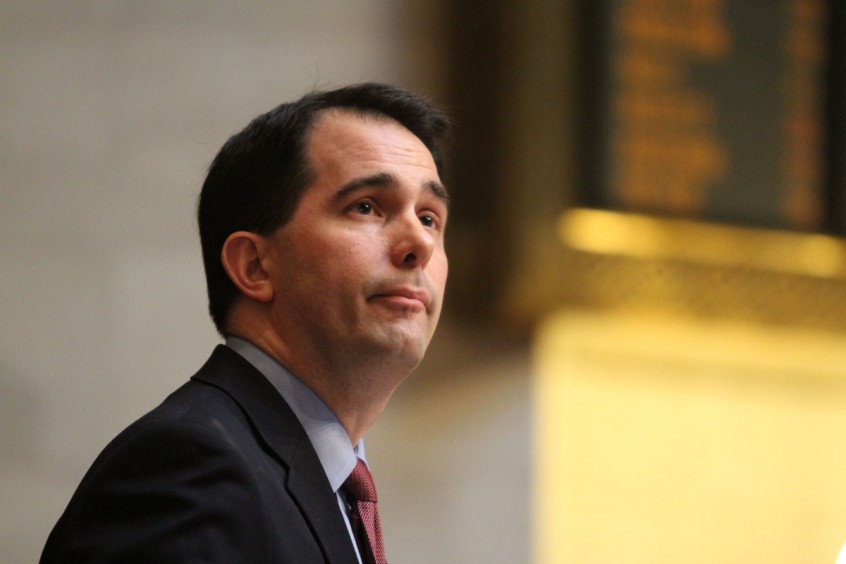 Beyond declining poll numbers, here are four historical obstacles Gov. Scott Walker would have to overcome to be president, even if he snags the 2016 Republican candidate spot.

It is no secret Walker’s Wisconsin approval rating has been declining. According to a Marquette Law School Poll, his approval rating in Wisconsin fell below 40 percent. With these ratings, it is unlikely he will win his home state, considering that he gets the Republican nomination in the first place.

In a presidential bid, this does not look good for Walker. The last time a governor won the presidency but lost his home state was almost 100 years ago.

That was Woodrow Wilson. Wilson was elected president but lost his home state of New Jersey.

Actually, of the 17 presidents who were governors, only two, Woodrow Wilson and James Polk, did not win their home state.

If Walker becomes the 45th U.S. president, he could potentially be the third governor in U.S. history to lose the state he governs. Some may see this as doable for one reason or another, but personally, I see it as a long shot.

Last time the U.S. elected a president without a college education was in 1893

In order to become a U.S president, you are not required to have a college degree, but it is the norm.

The last president to be in office without a college degree was Harry S. Truman in 1945.

Truman, however, was not elected but succeeded Franklin Roosevelt after he died.

So the last elected president who did not have a college degree was Grover Cleveland, whose second term started in 1893.

Although George W. Bush became president in 2001, he only won the Electoral College. He lost the popular vote to Al Gore.

Therefore, it has been 26 years since a Republican won the popular vote and became president with not already holding office. That was George H.W. Bush in 1988.

According to TIME Magazine, The Bald Truth, the last president elected into office who was “follicly challenged” was Dwight D. Eisenhower in 1953. Gerald Ford doesn’t count because, well, he wasn’t elected. He succeeded Richard Nixon after the Watergate Scandal.

“Today the only thing voters like less than a candidate who gets a $400 haircut is a candidate who doesn’t require one at all. Whether or not they realize it, voters think of great leaders as people with haircuts,” author Steven Rushin wrote.

OK, Walker isn’t completely bald — yet. But I imagine after his involvement in a John Doe investigation and campaigning the world, a hairless head is in his near future.