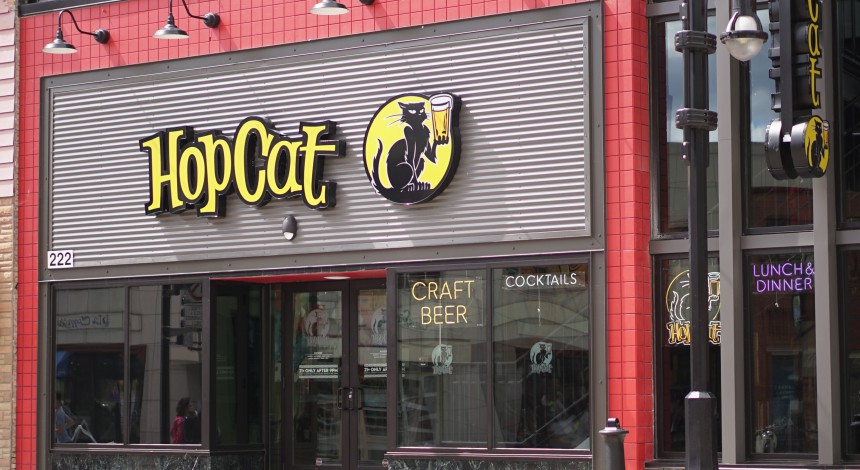 HopCat was slapped with culture shock when they denied patrons under 21 entrance into their new Madison location, even during lunch time.

The new tavern in the downtown area had a policy not allowing people under 21 into their facility without a parent. This policy was enforced even during the lunch hour, regardless of intentions to drink. Within four weeks of opening on West Gorham Street, however, their policy changed completely. Now, they allow anyone into the facility before 9 p.m. with or without a parent.

Thank you, HopCat, I am glad to be of legal age to eat your famous crack fries.

“The previous policy was mainly designed to help prevent efforts to drink by underage people,” HopCat spokesperson Chris Knape explained the bar-restaurant’s underage policy in an email. “We are a bar geared toward adults of drinking age. The policy has served us well in other markets, where it remains unchanged.”

As a restaurant, implementing an extra policy to stop underage drinking is understandable. If the establishment is caught, the consequences can be severe. With 130 beers on tap, the temptation for underage patrons to drink is high.

But denying underage people entrance into a facility during lunch time is a poor decision, given the restaurant is surrounded by college students.

According to the 2014-15 Data Digest at University of Wisconsin, there are more than 18,000 students between the ages of 18 to 20 at UW. This is mindboggling considering they are potential customers who were being turned away.

“Every restaurant is different,” said Christenson. “The setup of a restaurant and how busy you are can affect how you monitor if someone who is underage is drinking. If there are people at a table and some are 21 and some are not, they can pass the drink around. This is a liability for the restaurant. The decision should really be left up to the establishment.”

Yes, the decision should be left to the owners. Ultimately, if they are following state statue, it is their business — and their loss of customers.

HopCat already adjusted their Madison policy after outrage from the community, and they are slowly assimilating to Madison culture. Now they just have to be prepared when the community discovers they don’t allow anyone underage to drink with their parents.