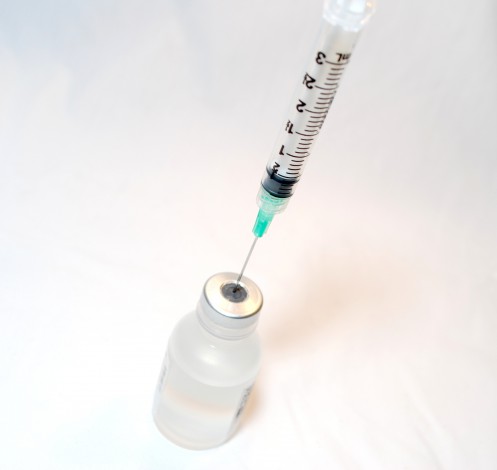 If the sudden drop-30-degrees-in-one-day transition into fall didn’t remind everyone that colds and flus are on their way, then the mass email from University Health Services encouraging students to get immunized should have.

While most vaccines are administered in early childhood, college students are recommended to get several immunizations, including the seasonal flu shot that UHS offers free of charge. Immunization via vaccine has become unnecessarily controversial in the last two decades. Whether it be exaggerated claims of the presence of deadly mercury or the continued (but entirely fraudulent) link to autism, misinformation continues to distort reality when it comes to getting vaccinated.

In actuality, vaccinations allow us to manipulate our natural immune system responses in a way that is not only extremely effective, but incredibly safe. Vaccines introduce a weakened or dead version of a disease or illness into your body so that your immune system can adapt. If you encounter that disease in the future, your immune system “remembers” and is better able to protect against, or completely prevent, the illness. This method of immunization has proven to be extremely effective. Vaccines produce immunity in children 90 to 100 percent of the time. Vaccines have greatly changed the spread of contagious diseases. For example, since the vaccine for measles was made available, expected cases have decreased dramatically.

Beyond the advantage of extreme effectiveness, vaccines are a totally safe method of immunization. Myths of poison and “scientific” links to autism are rampant but completely unfounded. Critics often cite the presence of mercury in vaccines as a reason vaccines are dangerous. According to fear mongers, mercury in vaccines is abundant and potentially lethal. In reality, a small amount of vaccines contain thimerosal; a compound used since the 1930s that does contain a type of mercury, but is completely safe because the body processes it differently. It has been shown to have no serious harmful effects on humans.

Furthermore, vaccines do not cause autism. Nor have they ever. Nor will they ever. How this annoyingly persistent myth began is simple enough. The Lancet, a British medical journal, published a fraudulent 1998 study by former doctor Andrew Wakefield and colleagues that claimed certain vaccines caused autism. However, how the fraudulent claim of a medical connection between vaccinations and autism has endured and spread to the point parents will not vaccinate their children is beyond me.

The study that presented the link was unable to be replicated, had numerous procedural flaws, garnered 36 proven charges from the General Medical Council (including four of dishonesty and a dozen of abuse) against the doctors who performed the study, was the reason Andrew Wakefield is now banned from practicing medicine within the United Kingdom and was fully retracted by The Lancet in 2010. In addition, multiple studies have actually proven there is no link between autism and vaccines. It is time this myth was ended so we can channel more resources into research on legitimate potential causes of autism.

It’s sufficient to say that I’m not a doctor. I’m a college sophomore with no intention of studying medicine. However, decades of medical research back me up when I say that vaccines are safe and effective. They have had a significant impact on decreasing contagious illnesses. Vaccines contain no deadly mercury and there is no scientific base for a link to autism. That people vehemently spread misinformation about vaccines when their claims have been disproved multiple times is unfortunate, but should not deter reasonable people from getting vaccinated. Vaccines offer natural immunity to a range of illnesses. Vaccinations against the flu are effective, safe and offered free of charge by the University of Wisconsin.

Madeline Sweitzer ([email protected]) is a sophomore majoring in political science and intending on majoring in journalism.