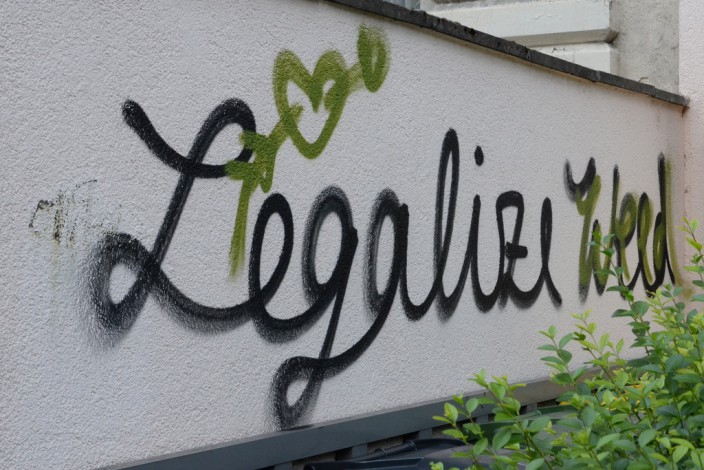 You may have heard the phrase “going green” in association with loving the earth and recycling your paper, but when I use the phrase, I have a different meaning in mind. I am talking about green as in the controversial plant marijuana: the topic that has angered so many conservatives, that brightened the polls for liberals and that so many people still say they are not willing to open up on. Well everyone, the time is here and the time is now. By the looks of it, Wisconsin will be heading toward becoming a high state.

Marijuana is our generation’s drug, and dispensaries in states like California and Colorado can be found right next to your McDonald’s on the corner. These dispensaries are not a place to hang out, smoke a joint and put on some Bob Marley, but a sanction to buy things either recreationally or for an illness.

Opponents of marijuana legalization must look at the obvious connection between alcohol and marijuana. Although alcohol is a depressant that influences poor judgment and causes a catastrophic amount of deaths each year, it is sold, taxed and consumed legally. No one seems to be really stopping it (at least since the prohibition era), and many businesses profit off of it every single day. Why can’t marijuana be sold in a similar manner?

Relating this closer to home, Dane County Count Board elections were just recently held, and to no one’s surprise 64.5 percent were in favor of legalizing the herb. This was in a county where only a little more than 60,000 people had voted and in the early months of spring. Although our state is under Republican control, Rep. Melissa Sargent, D-Madison, is introducing a bill in the hopes of someday legalizing marijuana for medicinal and recreational use in the state of Wisconsin. Left wingers are taking this one step at a time, and I applaud them.

Marijuana is coming to its prime and candidates are using it to their advantage here in Madison. Voters not only showed their support for the legalization but they too supported the reelection of Supervisor Leland Pan, District 5. According to Pan, by legalizing marijuana we will be able to lower the incarcerations of black people and make social equity a more achievable goal.

What needs to be stated is how a campus like the University of Wisconsin definitely has its fair share of pot smokers. For those who disagree, you are greatly deceived. Every day I walk back from class and catch a stench of a skunk and know immediately that that ain’t no animal. Someone somewhere in my residence hall has taken part in smoking the plant, and someone somewhere else in not just my residence hall, but in housing all over campus, is doing the exact same thing.

A university like Madison is constantly being put on a pedestal and has every right to be. However, it must be taken into consideration that this school has a large quantity of students who participate in recreational use of marijuana. This is nothing new to anyone attending the campus. Undergraduates and graduates continue to smoke and the school continues to stand as a top school in the country. Even with nothing set in stone, steps are being taken and bills are being initiated for Wisconsin to become another state to legalize marijuana.

Whether some take serious offense to this topic or raise their arms in satisfaction, legalization of marijuana is not something that is going to disappear. Instead, it is something that the state of Wisconsin needs to acknowledge and face; the topic is now at the high point of conversations.

Shannon Skebba ([email protected]) is a freshman majoring in international studies with a certificate in global health.