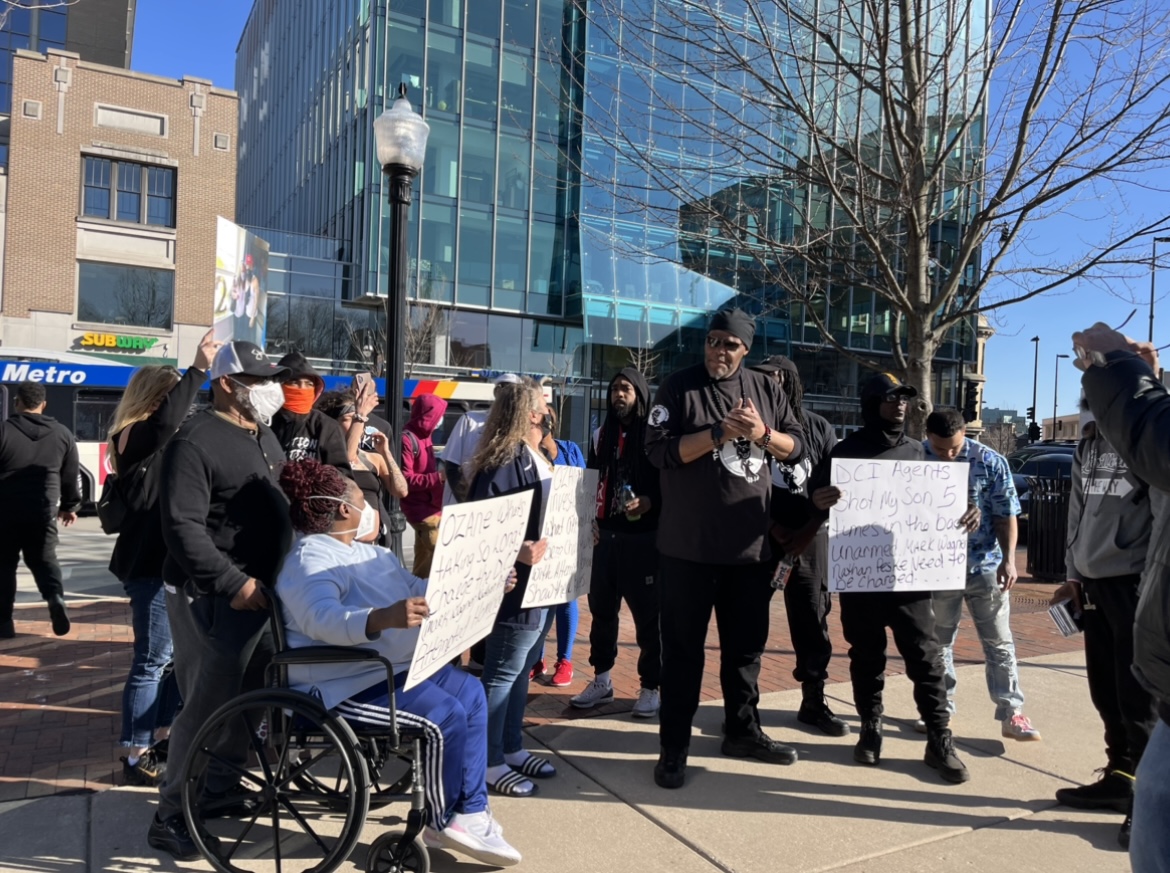 The family members of Quadren L. Wilson gathered Thursday afternoon for a press conference outside the Wisconsin State Capitol to raise awareness for and protest state officers shooting Wilson in the back while arresting him Feb. 3.

Wilson’s family said they want the press conference to get the attention of government officials and legislators to take action in support of Wilson and others who have been harmed or killed by police violence.

The Dane County Sheriff’s Office is currently investigating the incident and confirmed that two agents with the Wisconsin Department of Justice’s Division of Criminal Justice Investigation fired their weapons while arresting Wilson and that Wilson was unarmed at the time, according to Channel 3000.

Following the shooting, authorities brought Wilson to the hospital, where he underwent surgery for his injuries. The authorities then put Wilson in the Dane County Jail, according to the Wisconsin State Journal.

“He has been shot in his back multiple times,” one of Wilson’s family members said. “He has contracted infections while incarcerated at the Dane County Jail.”

Wilson’s family members said there had been no justice for Wilson during the press conference.

The authorities have not taken any action to hold the officers who fired their weapons accountable, the family said.

The family member called out Dane County District Attorney Ismael Ozanne, saying that he has known about this situation but is actively choosing not to address it.

“I am tired, I am angry,” a family member said. “This family is hurt. Let’s get some justice for this family. Let’s get these police arrested. It’s time — no more talk.”

The goal of the press conference was to attract public attention to eventually charge the officers who shot Wilson, Wilson’s mother Stacy Morris said.

As the Dane County Sheriff’s Office continues to investigate the shooting and Wilson remains incarcerated, his family said they will continue the fight for justice — for both Wilson and the Black community at large.