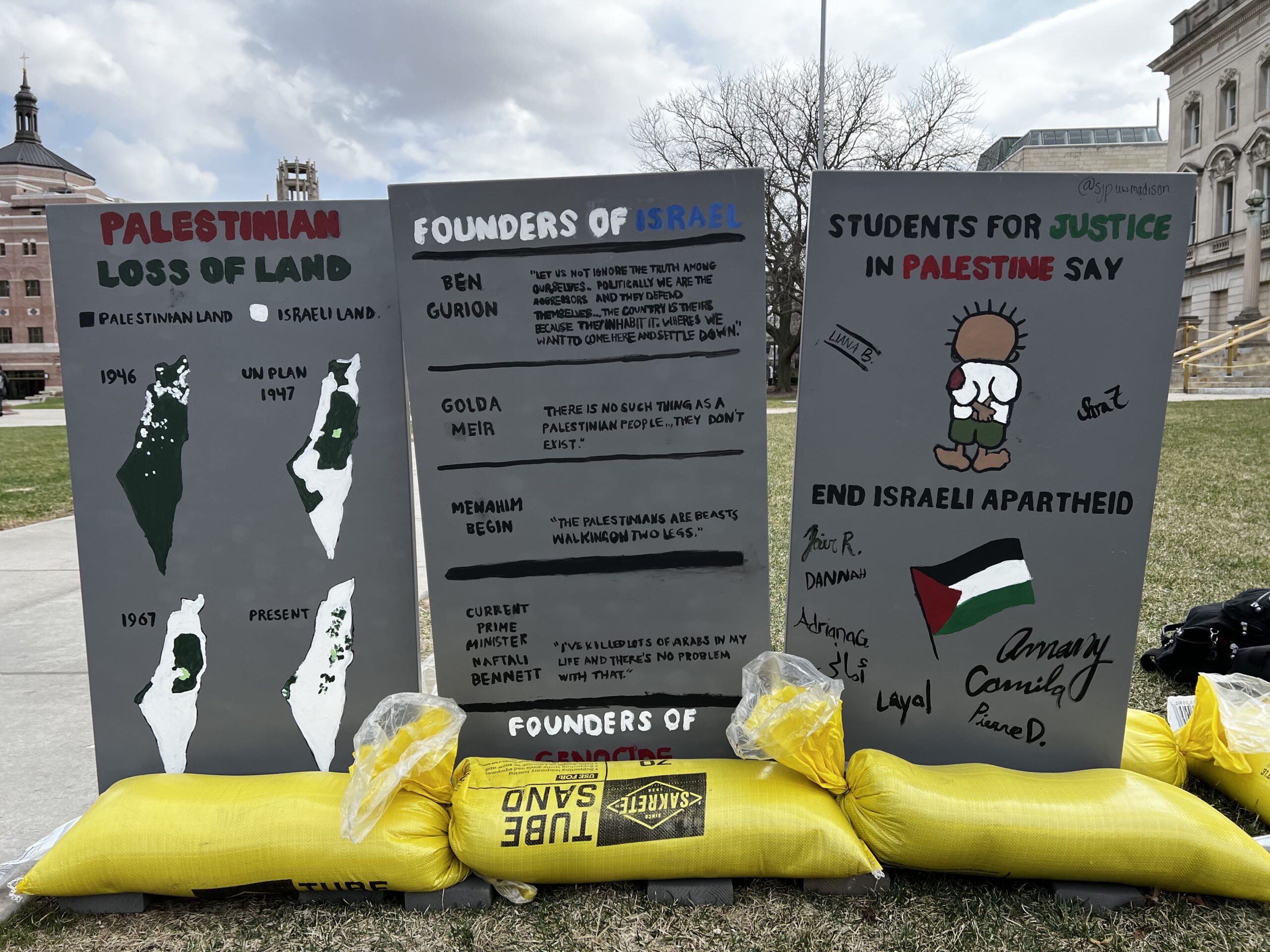 Students for Justice in Palestine, or SJP UW-Madison, raised awareness for Palestine by displaying a mock apartheid wall at the University of Wisconsin’s Library Mall on Thursday.

The organization held the event as part of their Justice for Palestine week to educate the campus community about Israel’s military occupation and Palestine, according to SJP member Sara who will remain anonymous due to safety concerns.

In collaboration with Mecha de UW-Madison, a Latine community organization that engages in activism through art and educational workshops,  SJP painted the mock wall to imitate the 400-mile-long Israeli West Bank Barrier. The wall prevents thousands of Palestinians from accessing schools, social services, farmlands and loved ones. 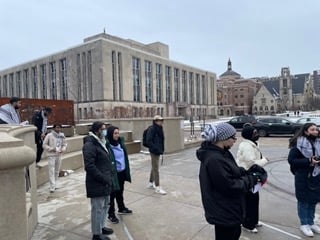 The conflict between Israel and Palestine dates back to World War II, according to Andrew Kydd, a political science expert at UW. Negotiations, such as the 1993 Oslo Peace Accord, were supposed to set up Palestinian self-rule over certain territories, but Israel and Palestine failed to reach a final agreement, Kydd said.

Today, Palestinians located in the West Bank and the Gaza Strip lack political rights such as the ability to vote, Kydd said.

“The essential solution that the Israelis are pursuing is one that is just indefinite rule,” Kydd said.

Yet, many communities in the United States remain unaware about the war crimes committed against Palestinians, UW student Dima — who was granted anonymity due to safety concerns — said.

By viewing the wall, Dima hopes that people will go home and take more steps to learn. 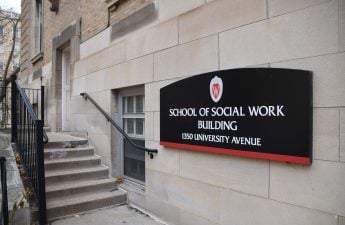 UPDATED: Dreamers of UW Madison introduce tuition equity bill to ASMDreamers of University of Wisconsin-Madison announced Monday that they and some UW students are proposing a bill in support of Read…

The mock wall displayed a combination of both colorful paintings and information. On the front, statistics explained the discrimination against Palestinians occurring in the West Bank, while quotes from the founders of Israel demonstrate the derogatory language Palestinians encounter, Sara said. The back of the wall showcased artwork representative of the pieces created by Palestinians on the actual separation wall in Palestine, Sara said.

Part of the wall also said, “From Mexico to Palestine, all walls will fall.”

People who attended the event could sign the wall in solidarity with the people of Palestine, Sara said. SJP also handed out pins, flyers and pamphlets with information regarding the conflict.

“Our purpose is to make the Palestinian cause known on campus and have people show solidarity because a lot of the time it is not talked about,” Sara said. “We want to have that presence on campus.”