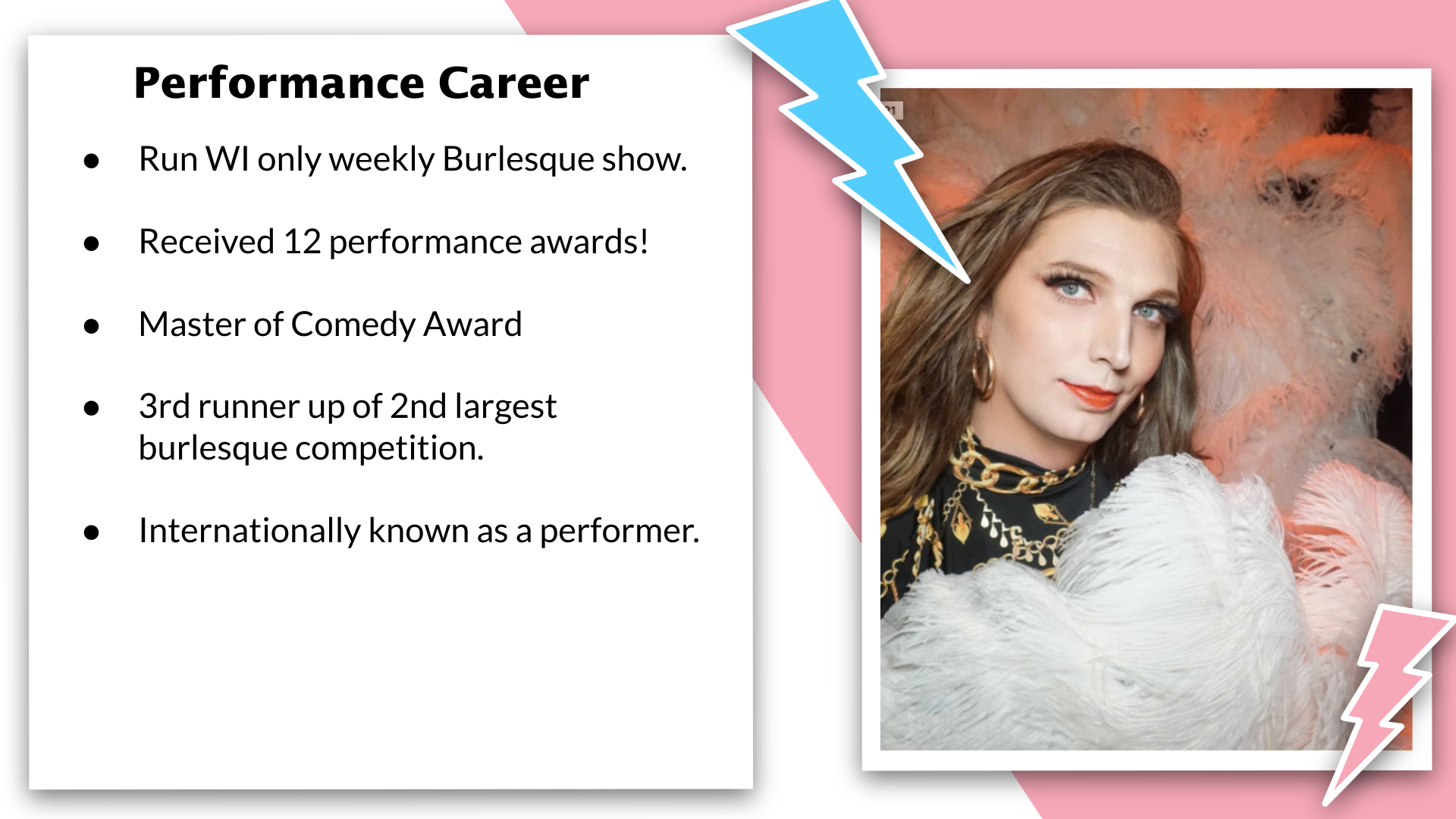 Mercury Stardust doesn’t know what exactly drew her to Madison’s punk-oriented burlesque dancing scene, she wouldn’t be who she is now without it. Surprisingly, “getting naked in front of strangers” allowed her to explore gender and eventually come out as a woman.

When Stardust started her TikTok channel in early 2021 to promote her burlesque dancing, she did not expect to have nearly two million followers in just one year. But it was not Burlesque dancing that caused her account to blow up. Rather, it was a reaction video Stardust made to someone struggling with a ratchet strap.

Using her over-ten years of experience as a maintenance worker, Stardust created a tutorial on ratchet straps, which received 500,000 views within a day. This lead her to create more educational household maintenance videos, earning her the TikTok title of the ‘Trans Handy-Ma’am.”

“I just wanted to help people,” Stardust said. “I got famous from being myself.”

In an event organized by the University of Wisconsin’s Gender and Sexuality Campus Center, Stardust discussed her two main passions on stage — burlesque dancing and helping tenants figure out what type of plunger to use in any situation.

After Florida passes ‘Don’t Say Gay’ Bill, Wisconsin to consider bill banning gender-affirming care for those under 18A vocal group of around 60 people gathered with signs and megaphones at the Capitol to voice their concerns Feb. Read…

After being furloughed due to COVID-19, Stardust had to figure out what was next for her career. Despite troubles finding another job due to her gender identity, Stardust eventually landed another maintenance job. At the same time, she also started running and performing in Wisconsin’s only weekly burlesque show.

Similar to her handiwork, Stardust hopes her performances inspire people to be themselves and be comfortable in their bodies.

“Maintenance and burlesque really do come together for me,” Stardust said.

Stardust said burlesque, as an increasingly queer domain, serves as an important setting for all people involved to grow their confidence and be in tune with their identity.

When faced with transphobia, particularly encountered due to her profession, Stardust said her response is to always be the bigger person and resist sacrificing her well-being for an exercise in futility.

“I know I’m a good person,” Stardust said. “If somebody else is unkind, I can try to educate. But ultimately, it’s up to them.”