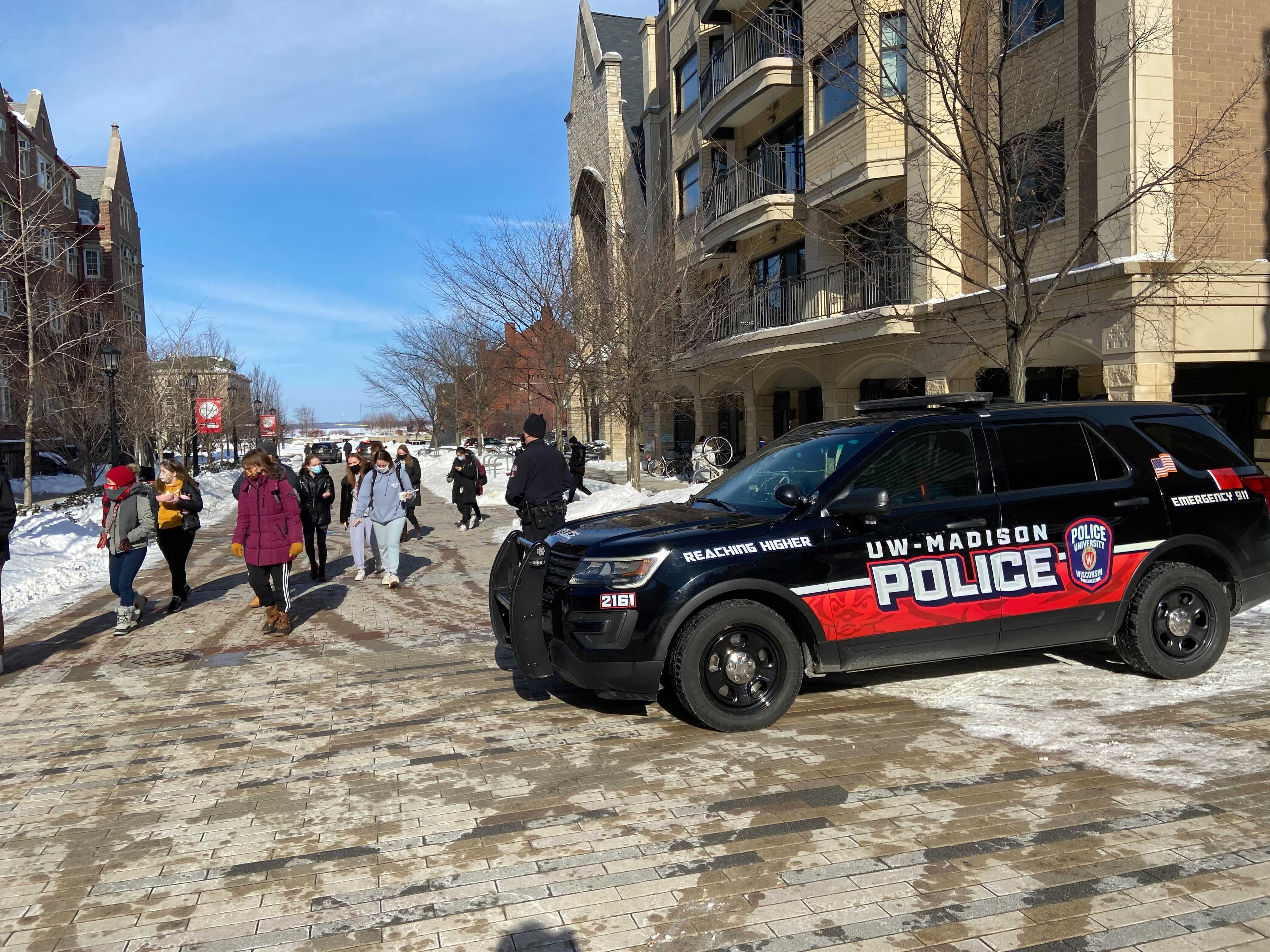 The University of Wisconsin-Madison Police Department arrested a man for sexual assault Tuesday in the Eagle Heights Community University Apartments, according to a UWPD police report.

UWPD arrived at Eagle Heights after the victim reported the incident Tuesday morning. There, they arrested the suspect, Robin Perkins, 34, and took him into custody at Dane County Jail. Perkins was charged with third-degree sexual assault, misdemeanor bail jumping and two counts of felony bail jumping.

Perkins is a former UW student but is not affiliated with UW, according to the UWPD.

UWPD Communications Director Marc Lovicott said the department received a phone call from a victim early Tuesday morning informing them that an assault had occurred.

According to Lovicott, Perkins had previously been arrested but had posted bail and was therefore released. He then violated his bail conditions, leading to the extra charges of bail jumping, Lovicott said.

In these cases, he was charged with second-degree sexual assault on an unconscious person, disorderly conduct and exposure. Perkins’ previous cases are still open — meaning that he is presumed innocent.

The cases took place between August and November 2021, according to the CCAP.

This sexual assault occurred in the Eagle Heights community, which is mostly graduate student housing, University Housing Marketing and Communications Director Brendon Dybdahl said in an email statement to The Badger Herald. Eagle Heights lies in the northwest corner of the UW campus.

“Housing works closely with UHS Survivor Services, the Sexual Misconduct Reporting and Resource Program, the Office of Student Conduct and Community Standards and UWPD to provide support to survivors and hold perpetrators accountable,” Dybdahl said. “We encourage anyone on campus who experiences sexual assault to seek support.”

Dybdahl said the UW Office of Compliance offers a campus resource guide as a good place to start for those seeking support.

Perkins was released from the Dane County Jail on Thursday, according to the police report. UWPD believes he will return to Eagle Heights.

For victims of sexual assault or dating violence, UHS offers many support resources, such as mental health care, victim advocacy and medical care. More resources can be found on UHS’s survivor services site.