General Student Service Fund status, or GSSF, organizations are allowed to use supplies and salary funds as the means to disseminate their services and programming on campus. There are currently 15 student organizations with GSSF status for the 2021-22 academic year. 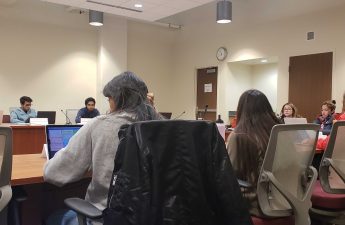 The group requested a total salary of $24,187.50 for the LSU executive board members for the 2022-2023 year. The student organization also asked for funding for Día de los Muertos — a Day of the Dead celebration — and professional development workshops open to individuals outside UW’s community.

Later in the meeting, representatives from PAVE presented the organization’s budget to the committee. Chair Jessica Melnik and Office of Finance coordinator Anthony Chambers for a total of $73,079.50. 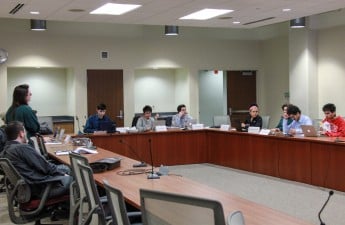 Chambers emphasized the importance of analyzing budget returns from the two previous years in the context of the COVID-19 pandemic.

“For fiscal year 20, we returned 22.4% of our salaries. With the switch to virtual formatting, we had a lot less engagement from our staff members,” Chambers said. “Budget lines weren’t able to be spent as they were expected to.”

In the 2021 fiscal year, all of PAVE’s staff graduated, Chambers said, leaving one staff member total at the beginning of the year.

Chambers said PAVE wants to be conscious of the resources allocated and make sure it’s efficient and delivers programming that is the best use of resources for the student body.

With this goal in mind, the organization is changing its campus bus campaign, multicultural keynote speaker peer education and media advocacy and awareness speaker and reduced total salary budget. 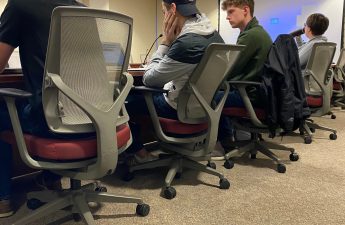 Representatives will meet after Thanksgiving break to vote on PAVE’s General Student Services Fund eligibility for the fiscal year 2023.