Jury selection in the trial of Kyle Rittenhouse began Monday in Kenosha, Wisconsin.

According to AP News, Rittenhouse faces six counts including homicide after shooting three unarmed people on Aug. 25 2020 during a night of unrest in Kenosha after the police shooting of Jacob Blake.

Judge Bruce Schroeder told attorneys picking the 20-member jury pool could be accomplished in one day, according to the Denver Channel.

Clinical Associate Professor of Law and director of the Public Defender Project at University of Wisconsin John Gross said this statement was unexpected.

“I was very surprised that the judge made a statement like that because I’ve had non-publicized cases where it’s taken more than a day to select a jury,” Gross said. “I would’ve expected the judge to reserve the better part of this week to try to get enough folks who can sit on the jury.”

Rittenhouse’s defense team will argue that Rittenhouse fired out of self-defense, according to AP News. The team is expected to introduce evidence of police handing water to and greeting Rittenhouse and other armed people in Kenosha, arguing that the friendly greeting led Rittenhouse to think he was not doing anything wrong. 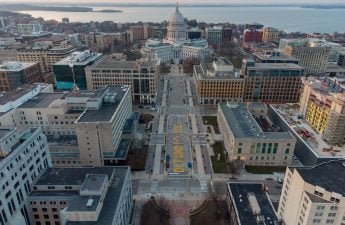 Gross said there will be competing narratives at play about who Rittenhouse is and why he was in Kenosha the night of the homicides.

“The defense is going to say he went there to scrub graffiti off the courthouse, to protect people and defend property against people the defense will categorize as looters and arsonists,” Gross said.

The prosecution, according to Gross, will focus on the fact Rittenhouse traveled across state lines with a gun he could not legally possess and that he created a situation where people were in fear of him and therefore acted aggressively toward him.

Gross said the biggest challenge the court will face is finding jurors who don’t have an opinion on the case.

“They’re literally having the trial in the courthouse that was vandalized during the protests,” Gross said. “People were shot within blocks of the courthouse. It will be hard to find Kenosha residents who, over the last year, have not formed some opinion about this case.”

The trial is expected to last between two and three weeks, though as of Monday evening no jurors have been selected.