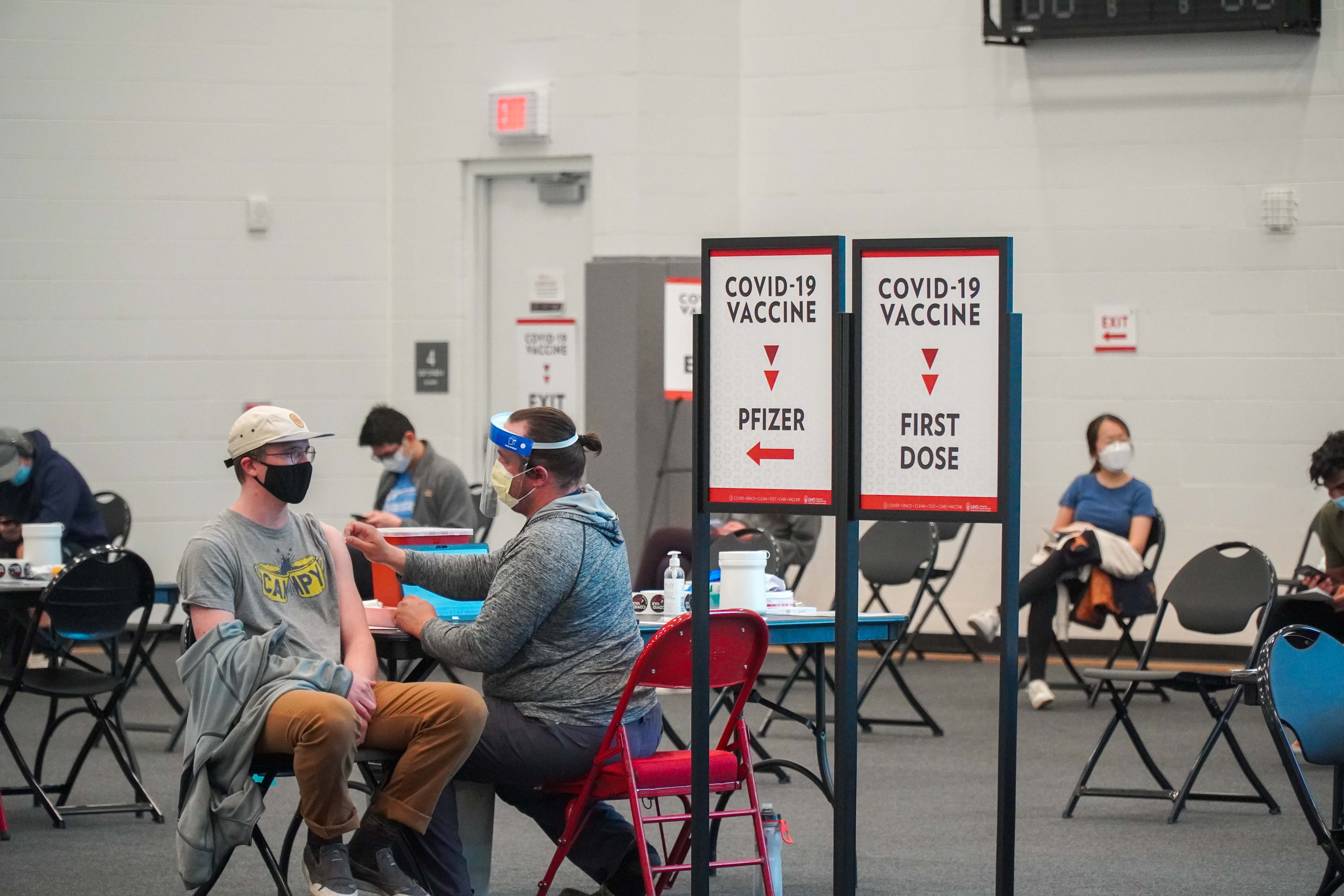 The University of Wisconsin System announced plans to comply with President Joe Biden’s executive order requiring federal contractors to be vaccinated against the COVID-19 virus.

Biden’s Sept. 9 order mandated that all individuals paid under federal contract, including those who work to support them, be fully vaccinated by Dec. 8, though Biden initially hesitated to enact a vaccination mandate.

As of Oct. 25, 95% of University of Wisconsin-Madison employees are already vaccinated, while unvaccinated employees are required to test weekly, according to the UW-Madison News site. Likewise, 94.2% of students are fully vaccinated.

According to public affairs and political science professor Dennis Dresang, the vaccine debate seems to be less relevant on campus as the pandemic continues, with most students and staff vaccinated regardless of their political outlook.

“When it comes to political backlash from this, I don’t think there’s going to be much of anything,” Dresang said. “Already virtually everyone is fully vaccinated. I think it’s a mood issue, at least for UW-Madison.”

The UW System’s goal is to reach a 70% vaccination rate at each of its 13 universities.

Though UW System President Tommy Thompson is not personally in favor of mandates, compliance with Biden’s vaccination mandate was the best financial decision for the UW System, Thompson said in an interview with Kenosha News yesterday. The UW System has not explicitly outlined which employees will fall under the mandate.

Other public institutions in nearby states like Michigan, Illinois and Minnesota have required vaccines since the start of the school year, according to University Business.