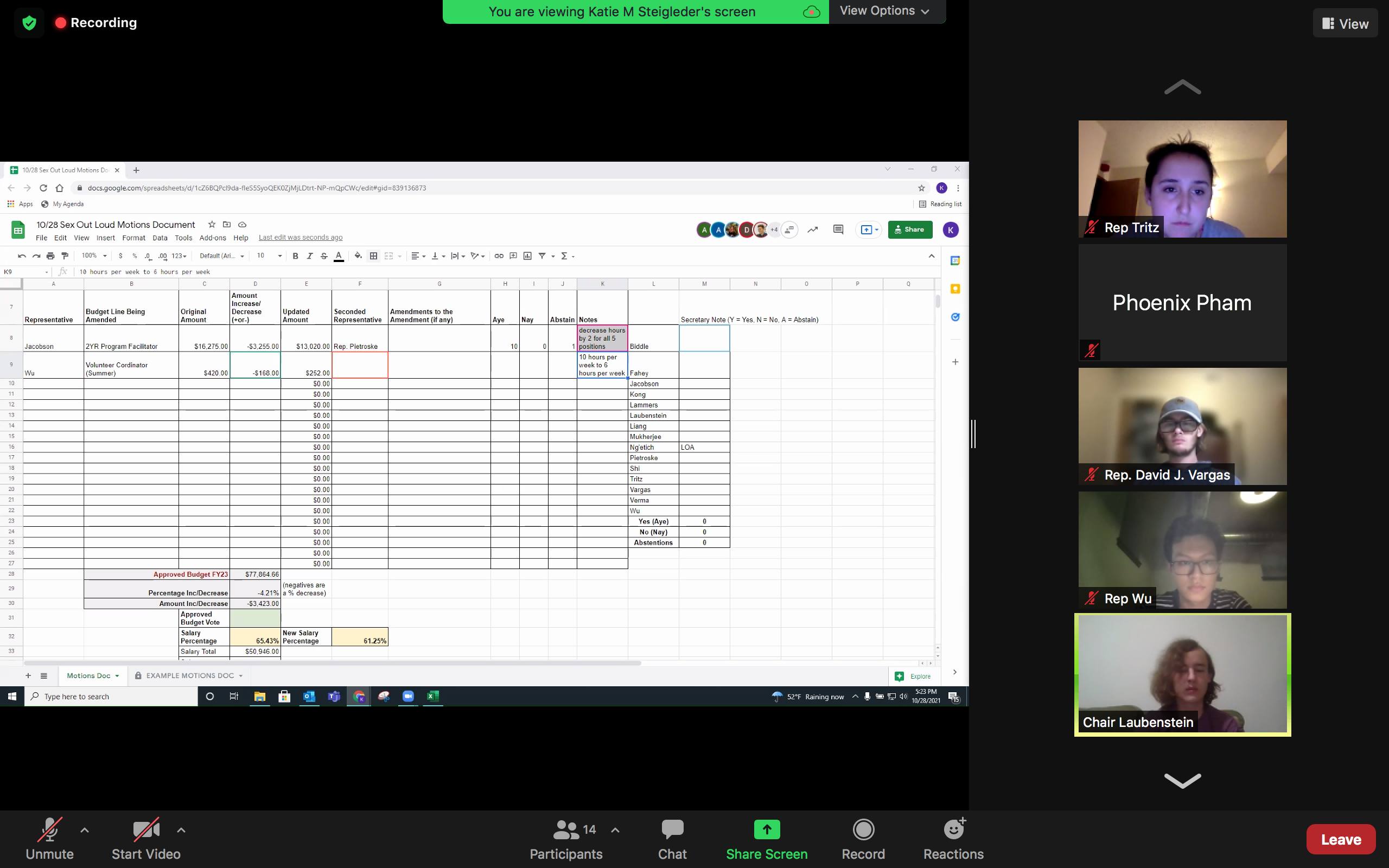 The Student Services Finance Committee approved Sex Out Loud as a student organization and approved its amended budget in a meeting Thursday. The SSFC planned to review the Wisconsin Black Student Union but moved it to Nov. 8 due to a last-minute change from WBSU.

Sex Out Loud is a student organization dedicated to promoting “healthy sexuality through sex-positive education and activism,” according to its website.

The SSFC approved all amendments except for that which would cut two hours from the event coordinator’s weekly hours. SSFC Vice Chair Rianna Mukherjee said because Sex Out Loud had created the position during COVID-19, they were unsure of how many hours they would work a week now that classes are back in person.

“I’ll likely be voting against this amendment because, like Representative Jacobson said, it is a COVID year and also the position is events coordinator, and likely many of their events were virtual,” Mukherjee said. “So they probably haven’t experienced what in-person events might be like.”

Jacobson introduced an amendment to Wu’s amendment, decreasing the event coordinator’s hours by one per week. The SSFC passed the amendment.

The SSFC voted to approve the amended budget 6-4-2.

In their reports to the SSFC, Chair Maxwell Laubenstein asked if any SSFC member would like to help him reword UW’s acknowledgment that the university resides on sacred Ho-Chunk land. The SSFC reads the acknowledgment before every meeting, and Laubenstein wanted to rewrite it to better suit the committee.