Prominent GOP donor Jere Fabick and GOP legislatures have questioned Evers’ authority to reissue an emergency order for the same crisis — like the statewide mask mandate — without asking the legislature for permission first, according to the Wisconsin State Journal. Fabick petitioned the Supreme Court against Evers on similar grounds in Nov. last year. 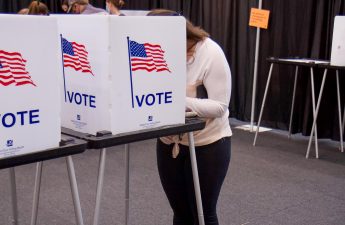 “This is a return to what the founders intended,” Macco said. “It can sometimes be inefficient and slower than we would like, but the processes outlined in our state and federal constitutions exist for good reason. I look forward to working with [the] Governor in a lawful, constitutionally consistent process.”

The suit comes after the Senate and Assembly voted to strike down Evers’ mandate Feb. 4 and Evers signed Executive Order #105 and Emergency Order #1 in response, which re-established a statewide public health emergency and mask mandate. Currently, face coverings are required in all public places throughout the state.

If the Supreme Court moves forward with an injunction on statewide face coverings enforcement, the Dane County order will still be in place — making masks required for the Madison area and beyond for the foreseeable future.

In the state of Wisconsin, the seven day average for COVID-19 cases is down from January, but over 1,000 new cases were still confirmed today, according to the Department of Health Services.