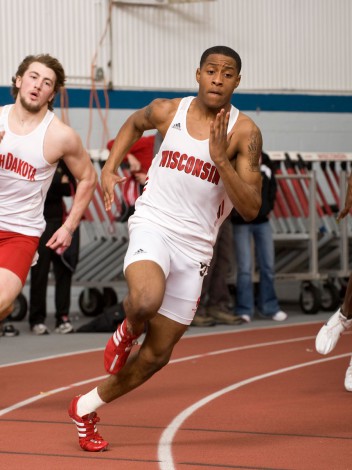 Following the creation of a petition signed by current and former University of Wisconsin student-athletes, the athletic department announced a University crest displaying a black “W” will be worn on athletic uniforms for the 2020-2021 season.

In the petition, student-athletes expressed their desire to wear a University crest with a black “W’ as a way to show support for underrepresented students at UW.

“It is our show of solidarity and commitment to the inclusion of Black and other under-represented students that their lives matter,” the petition said. “We stand with them in their fight for racial equality, inclusion and justice. We further stand with them against police brutality and systematic racism.”

Former UW student-athlete Samad Qawi expressed support for the black “W” through social media. Prior to the announcement, he said he was optimistic the athletic department would make the change.

Qawi said as a student who did not become a student-athlete until his senior year, he was targeted by racial slurs, attacks and microaggressions throughout his years on campus. It was not until he became a part of the UW men’s basketball team that he felt he was part of the Badger family, Qawi said.

“I would feel as if I was doing a disservice if I did not speak for the students who have not found their place, for those who feel alone,” Qawi said. “This crest is to show that no matter what position we hold in this university as students, we are all human and we want to help each other. I believe the athletes share this sentiment and I believe actions will be taken to show this.”

Associate Athletic Director of Development, Inclusion and Engagement Mike Jackson spoke on the recent announcement and the ways in which UW Athletics is working with the student-athletes to make lasting changes within the department.

The student-athletes showed commitment to solidarity with their fellow, less-heard students, Jackson said.

“That was why that was very important for them to keep the crest on their uniforms. So we have worked with them to identify placement locations for the crest to be included on all of our uniforms for the upcoming season,” Jackson said. 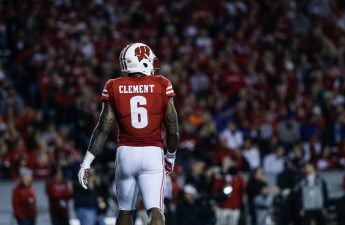 Jackson highlighted the importance of listening to their concerns as both athletes and students on campus. He said the department is in communication with the student-athletes since becoming aware of the request.

As a way for student-athletes to display solidarity outside of just their uniforms, the department also got the approval for a black motion “W.” The new design would be on apparel worn by the athletes, as well as coaches and staff who expressed interest in showing their support.

“We wanted to make sure that they had a platform that ensured that their desired objective was met. And given the popularity of the black motion “W,” we felt that in partnership with the students, having that available as well would make it more visible and allow them to carry that outside of gameday,” Jackson said.

On top of the new designs, Jackson said the department is working on strategic plans regarding diversity and inclusion which have been in the works since he stepped into his position earlier this year.

The plans focus on education and accountability within the department. This year the department launched an Equity and Diversity Council made up of alumni from different career fields as well as student-athletes. Jackson said they serve as an advisory council helping to detect “blind spots” and ensures voices are heard.

“Our goal is to ensure that our students, student-athletes, our black and brown student athletes, and those that are in the LGBTQ community are positioned to have the same experience as their white peers,” Jackson said. “That was the objective on the strategic plan — to educate as well as to ensure we’ve got appropriate programming and support to enhance the experience of all our students.”

While many applauded the approval of the black “W” as a step in the right direction, others are waiting to see how the department is able to implement changes within. Director of Athletics Barry Alvarez recognized there is still work to do in the announcement of the uniform change, but also expressed the importance of supporting the desires of student-athletes.

“From the creation of the Equity and Diversity Council, to our strategy to roll out any social justice responses, to what the programming will look like for them in terms of changes that we make, student-athletes will be involved in that entire process,” Jackson said. “They are the foundation of this department.”