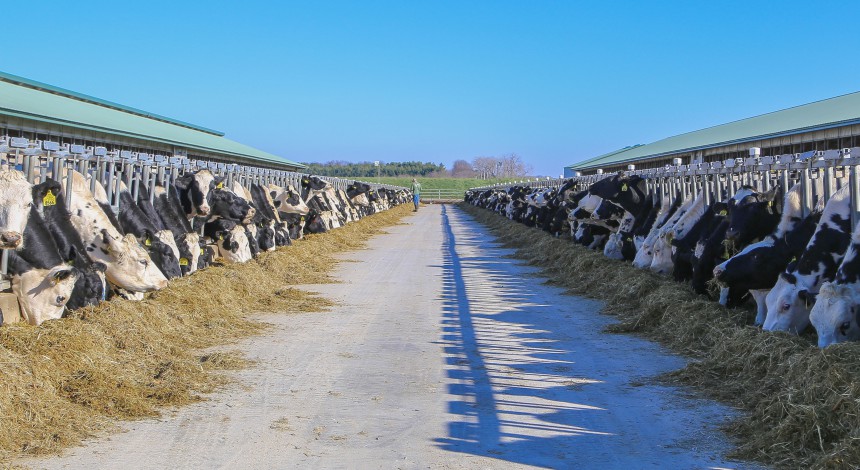 Wisconsin farmers received $432 million in federal aid through the Market Facilitation Program, with applicants receiving between $2 to $850,000 from September 2018 and November 2019, according to the Associated Press.

Wisconsin Farmers Union President Darin Von Ruden, who owns a fifty-head organic dairy farm in Vernon County, said farmers would much rather earn income from the market than from government programs.

But, Von Ruden said due to trade wars and tariffs, federal aid is much needed. Von Ruden explained that tariffs placed in the last few years have greatly contributed to the problem. He said the tariffs have affected export products the most. 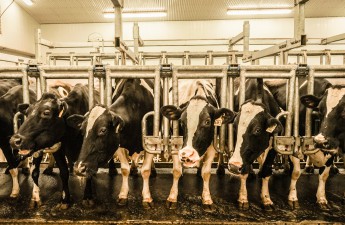 Von Ruden said selling dairy products in other countries has become more expensive, causing consumers not to buy the product. Von Ruden added that marketing companies do not buy the product to put it into that country because they will not be able to sell it, causing products to remain in America and the price to lower overall.

“It’s like a ripple effect,” Von Ruden said. “If it can’t leave the shore then the overproduction continues to push downward on the prices that farmers receive.”

When asked about other personal challenges farmers have faced in the past few years, Von Ruden said with being organic, he has not faced as much as some of the more conventional farmers have.

But, Von Ruden said conventional farmers continuously face lowered pricing. Von Ruden added he is starting to witness increasing corporate ownership and takeover of the organic industry as well. Von Ruden also said much of the problems farmers are facing are due to the market continuing to become more concentrated. 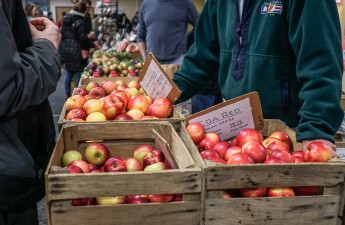 “When prices — for whether it’s dairy, corn, soybeans, beef — get to a point where farmers are not recovering their expenses, [there is] really no option but to go out of business,” Von Ruden said.

Von Ruden said as farmers continue to increase in size, they directly approach the processor as opposed to working with the cooperatives. He added that in this process, more money goes to upper management, distribution networks and processing facilities. 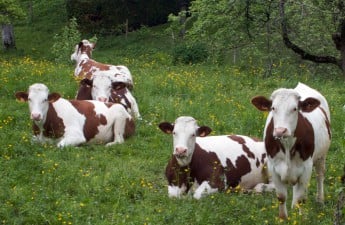 “As a farmer, it is really hard to figure that out, because if I’m getting less, the consumer should be paying less, but that is not happening right now,” Von Ruden said.

Owner of Badger Farms LLC Dave Muehl is in the business of producing canary grass and agrotourism. Muehl attributed part of the problem to inconsistent weather patterns of dry and wet years.

Muehl himself does not qualify for these types of federal aid as he does not do traditional crop farming. Muehl said flexible assistance for all other types of farming aside from crop farming would be helpful.

Von Ruden said the aid he received will go towards mostly paying off operating loans and debt that accumulated over the last few years with the poor economic times most farmers statewide have been facing. Von Ruden explained the importance of farming and how it pertains to society.

“We do what sustains everybody’s livelihoods throughout the day and throughout the years,” Von Ruden said. “Continuing in this cycle that we are in towards getting larger and larger farms, we’re losing the diversity that has kept the country strong.”

Von Ruden said the aid given by the government is not addressing the issue of overproduction in the right manner.

Ruden said the aid causes the issue of overproduction to progress even further.  He said the government should focus on bringing the supply and demand back into balance.

“We used to say some of the disaster aid farmers got was a band-aid on a wound. What we’re doing now is we’re putting a band-aid on a gashed full blood pouring wound. It’s a lot worse today than what it was 25, 30 years ago,” Von Ruden said.

Muehl provided the solution of venturing out into agrotourism, which is to sustain in the market while remaining as a small farm. Muehl said tourism is getting more important all the time because people want to have a connection with food.

“Agritourism is gonna grow more and more each year, and hopefully it’s gonna help those smaller farmers that can’t make it that want to stay small,” Muehl said.

Muehl said the agrotourism aspect is going to become more important to the farmers who decide to partake in it because it provides an additional revenue stream that helps support the agriculture.

Muehl also said continuing to remain a small farm may not be sustainable in today’s market, as farming requires expertise in various areas, such as soil, mechanics and marketing among others.

“The necessity to get bigger is almost undeniable. Having a small farm trying to do all that stuff is next to impossible,” Muehl said. “Having delegation of those duties is probably a good answer for it.”

Von Ruden said with the reduced number of farms and fewer people controlling the food system, he is uncertain of whether farmers will be able to sustain the needs of every citizen in the country in the future.