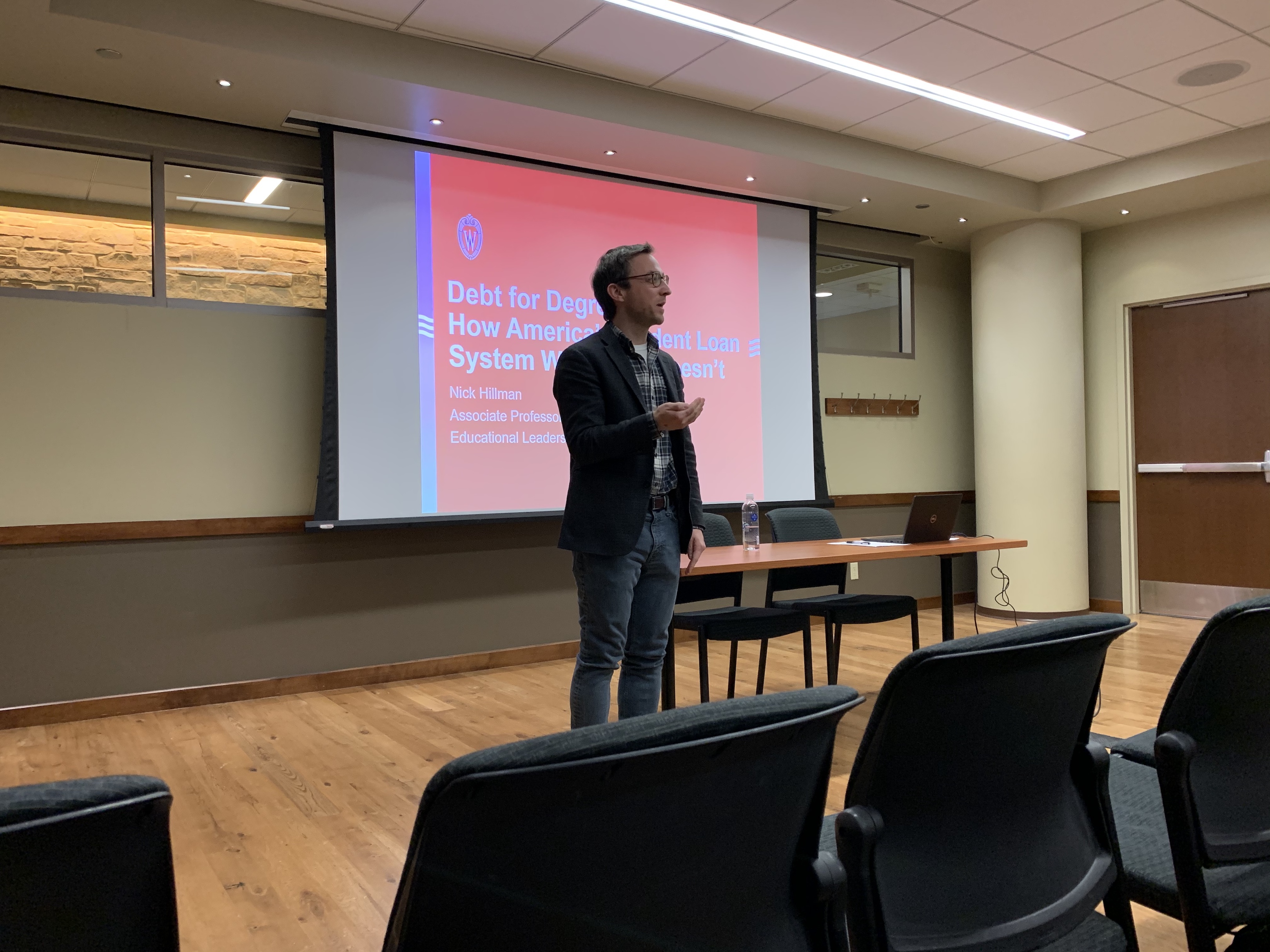 Hillman is also the author of “Accountability and Opportunity in Higher Education: The Civil Rights Dimension” and is a faculty affiliate in the Center for Financial Security, La Follette School of Public Affairs and Institute for Research on Poverty.

Hillman’s presentation included a historical review of the concept of debt, student debt data and implications of debt. Hillman said his goal for the presentation was not necessarily to answer all the lingering questions regarding student debt, but to further the discourse surrounding the topic.

“I am going to share a bunch of data points and I think they will spark conversation, but they are not going to tell the whole story,” Hillman said. “It’s a 1.6 trillion dollar story to tell.”

The data Hillman cited showed an upward trend in the amount of debt disbursed, outstanding debt, cost of educational expenses and how long it takes students to repay them. The data also revealed communities of color have a disproportionate exposure to debt.

Black students, in particular, have a significantly higher percentage of debt remaining 20 years after starting college when compared to white students, according to Hillman’s data. While the typical Black borrower owes 95% of debt, white borrowers owe just 6%, according to the Institute on Assets and Social Policy.

“This is one of the big problems with student debt,” Hillman said. “I think it’s consistent with what we understand about wealth inequality. If we know it’s taking a long time to repay [student loans], it’s probably taking Black families even longer. When white America has a cold, Black America has pneumonia.”

Phi Kappa Phi Chapter President Wyl Schuth said this is the first sponsored talk of the chapter’s new lecture series and they are hoping to have more in the future.