WBSU was originally denied GSSF budget eligibility because SSFC decided they failed to offer a core program that was available upon request and throughout the year. Having addressed these issues, WBSU reapplied. 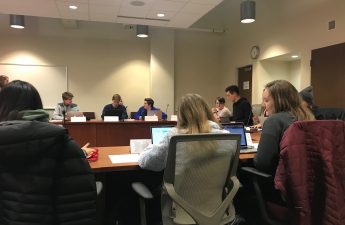 This time, Rep. Logan Knochenmus said he was concerned that WBSU’s new application was not filled out completely.

“The group must submit a completed eligibility application on time unless granted an extension by SSFC,” Knochenmus said.

Despite their dissent, the WBSU budget was approved with a 9-2-1 vote.

The ALPs budget was approved after an amendment by Rep. Anna Barry passed adjusting their budget for local transportation from $1,250 to $800. Another motion to decrease the honorary speaker and specialized training budget from $2,500 to $1,500 failed with a 0-11-1 vote. 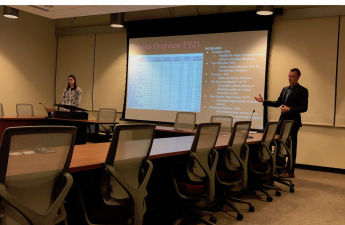 Live Free’s budget was approved with no debate or amendments with an 11-0-1 vote.

The Dean of the College of Engineering will visit ASM on Wednesday to speak about the reinstatement of Professor Akbar M. Sayeed after he was suspended following allegations of aggressive behavior towards students.